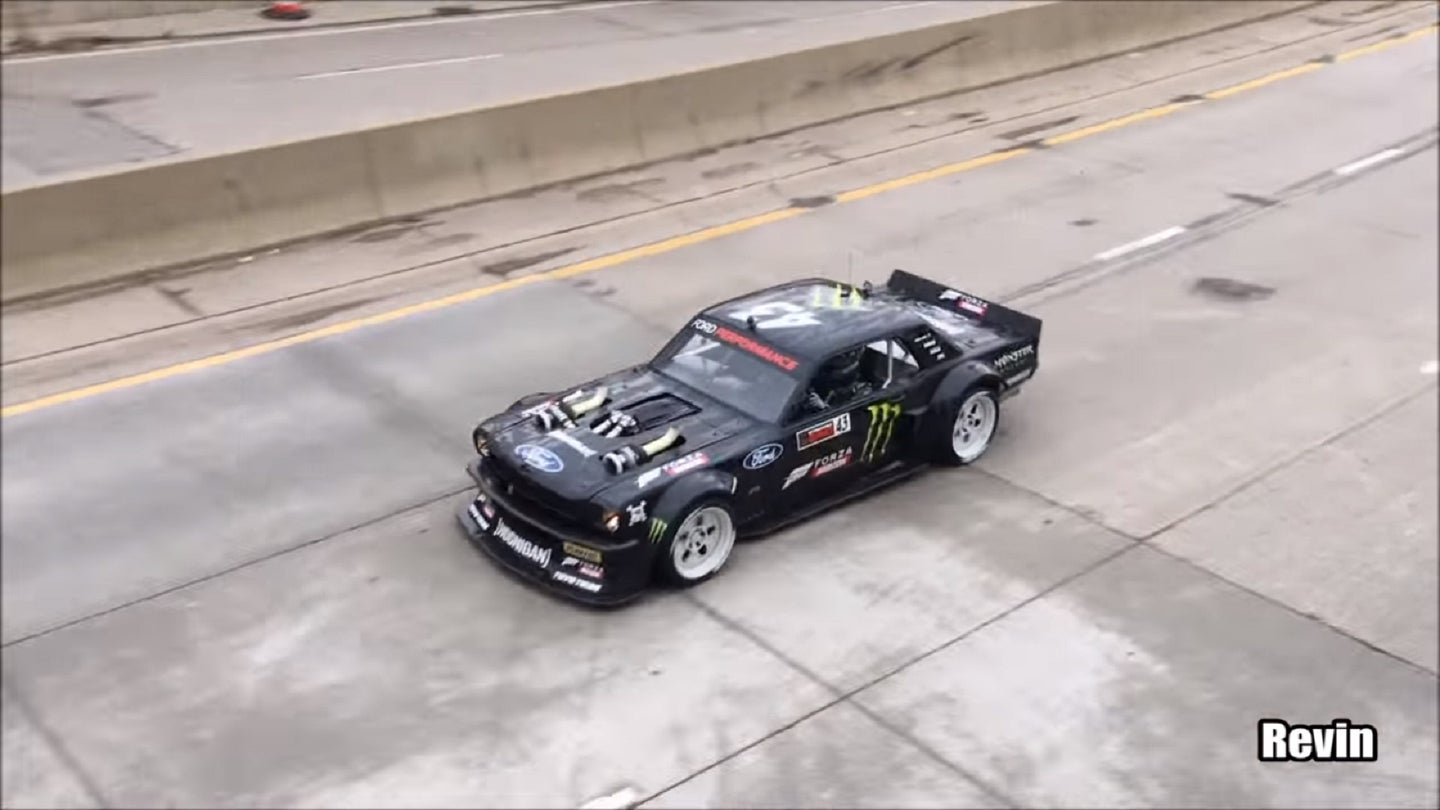 Last week we speculated that an innocent report of road closures for a film shoot in Detroit might have given away the location of Ken Block's next Gymkhana video. A video has surfaced on YouTube showing Block hooning the Hoonicorn, his insanely modified Ford Mustang, on the closed streets of Detroit, lending further credibility to that theory.

Cross-referencing the video with Google Maps reveals the location to be John C. Lodge Freeway near the Cobo Center. This was not one of the locations Crain's Detroit Business listed last week. The video appears to have been shot on a sidewalk next to the freeway as the Hoonicorn makes several passes, some sedate, others wild and wacky.

What we know from last week is that Hoonigan, Ken Block's production company, was filming in Detroit with a tricked out Ford Mustang. This video confirms that the car in question is the Hoonicorn V2, the 1,400 horsepower all-wheel-drive Mustang fresh off of Pikes Peak in Climbkhana.

It is fitting that the highly modified Mustang returns to Detroit where it was originally built in 1965. "We're here trying to promote Ford products in the city where it all started," executive producer Diego España told Crain's.

The video shows what appears to be a typical Hoonigan-style shoot. A camera crew is visible behind the barrier across from exit 1B, and a drone is flying around as well. Some of Block's passes are loud and fast, while others are slow and steady, presumably returning to the starting line for another pass. At one point Block can be seen fanning himself with the driver's door to cool off while waiting in a tunnel for the next shot to begin. It's an interesting unedited look into how these videos are made.

While we still can't confirm whether this film shoot is actually for Gymkhana 10, all of the necessary elements appear to be there. We look forward to seeing the end result of this shoot, whatever it may be.