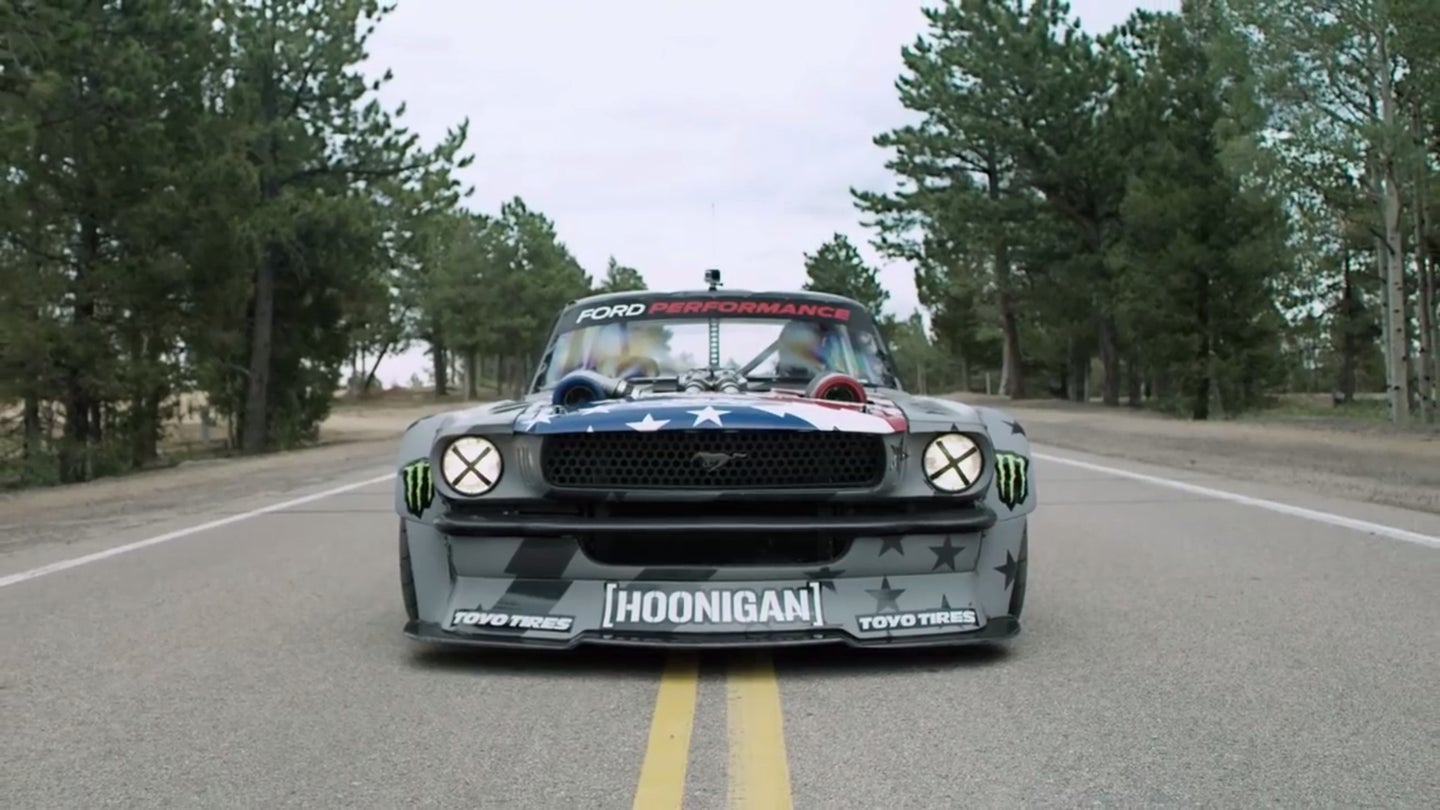 Hoonigan and Ken Block have been extremely busy lately.  They released Terrakhana where Block thrashed his Gymkhana 8 star car Ford Fiesta ST RX43 through the Utah desert. Then they released Climbkhana where Block took version two of his infamous Gymkhana 7 star car the Hoonicorn up Pikes Peak. We broke news earlier this month that Hoonigan and Block shut down the streets in Detroit and tomorrow we will find out what it was for.

Hoonigan states that tomorrow they will release a trailer for "one of our biggest projects EVER" and as the picture suggests whatever the video is, it will feature the Hoonicorn V2 fresh off a Pikes Peak thrashing. I can only imagine what the Hoonicorn V2 1400 horsepower monster sounds like speeding through a tunnel.

Earlier this month, Hoonigan, Block, and Ford announced that they would be leaving the FIA World Rallycross championship and I am sure many agree that the sport is losing something special with Block and his Hoonigan team leaving, but man are we gaining more great Hoonigan videos from the free time.

Is this a Gymkhana film? A new spinoff from the same vein of Terrakhana and Climbkhana? Check back tomorrow for what the Hoonigans come up with.