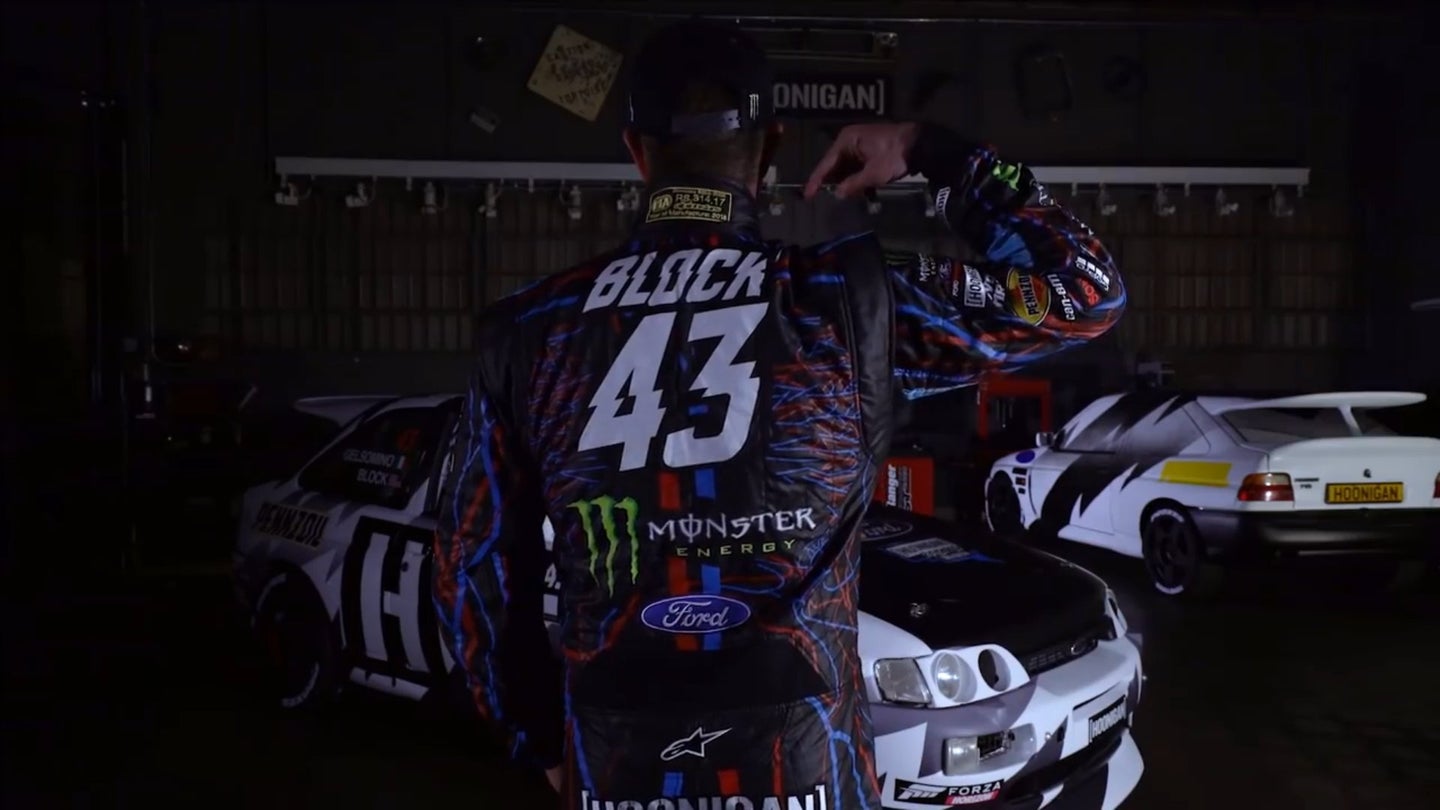 Ken Block is quite possibly the most busy man in the automotive industry and is on track to have a huge 2018.

In late 2017, Block announced that Ford, his team Hoonigan Racing Division and he himself would be pulling out of racing full time in the World Rallycross Championship. As if he was not already busy being the Head Hoonigan in Charge at Hoonigan, launching a soon-to-be eight-part Amazon documentary series The Gymkhana Files, and releasing GymkhanaTEN, everyone wondered where he would be racing.

On the most recent episode of Hoonigan's series Daily Transmission, Block showed off his Ford Escort Cosworth Group A rally car along with the races that he would be campaigning the car with. Block will race the Escort at three U.S. stage rally races: Oregon Trail Rally (April 20-22), New England Forest Rally (July 20-21) and the Idaho Rally International (Sept. 15-16).

Block will also drive a 2017 Ford Fiesta RS WRC which will be prepared by M-Sport in the WRC Spain race October 25-28.

“It takes a huge amount of effort and training to race in the WRC,” said Block. “but I’ll be cramming that into a short period of testing beforehand. It’s not really enough time in the car to properly prepare for a WRC attack, but I’ll take what I can get!" WRC Spain will be Block's first WRC race since 2014.

As these races were not enough, Block will be competing more in Gymkhana GRID events.

“Plans aren’t final yet, but we intend on doing a GRID event or two back in America this year,” said Block “Hoonigan Racing Division will be fielding as many as three race cars for the events. And, we’re still partnering with Monster Energy once more to do another big Gymkhana GRID event in Europe or South Africa.”

“I’m legitimately excited about my calendar for this season,” Block continues. “I’ve really enjoyed the past few years of rallycross, but I started my race career with rally and my heart has always been with it, so to be able to get back into doing events like these while still doing some rallycross makes me very happy!" he said. "I love my old Cossie and I’m looking forward to going and pushing that a bit here in America during some events, but then I’m going to the opposite end of the spectrum with the current 2017 WRC Fiesta, which I think is going to be a lot of fun for WRC Spain. Plus, I am excited to see the further developments that Steve Arpin and Loenbro will make on the Focus RS RX.”