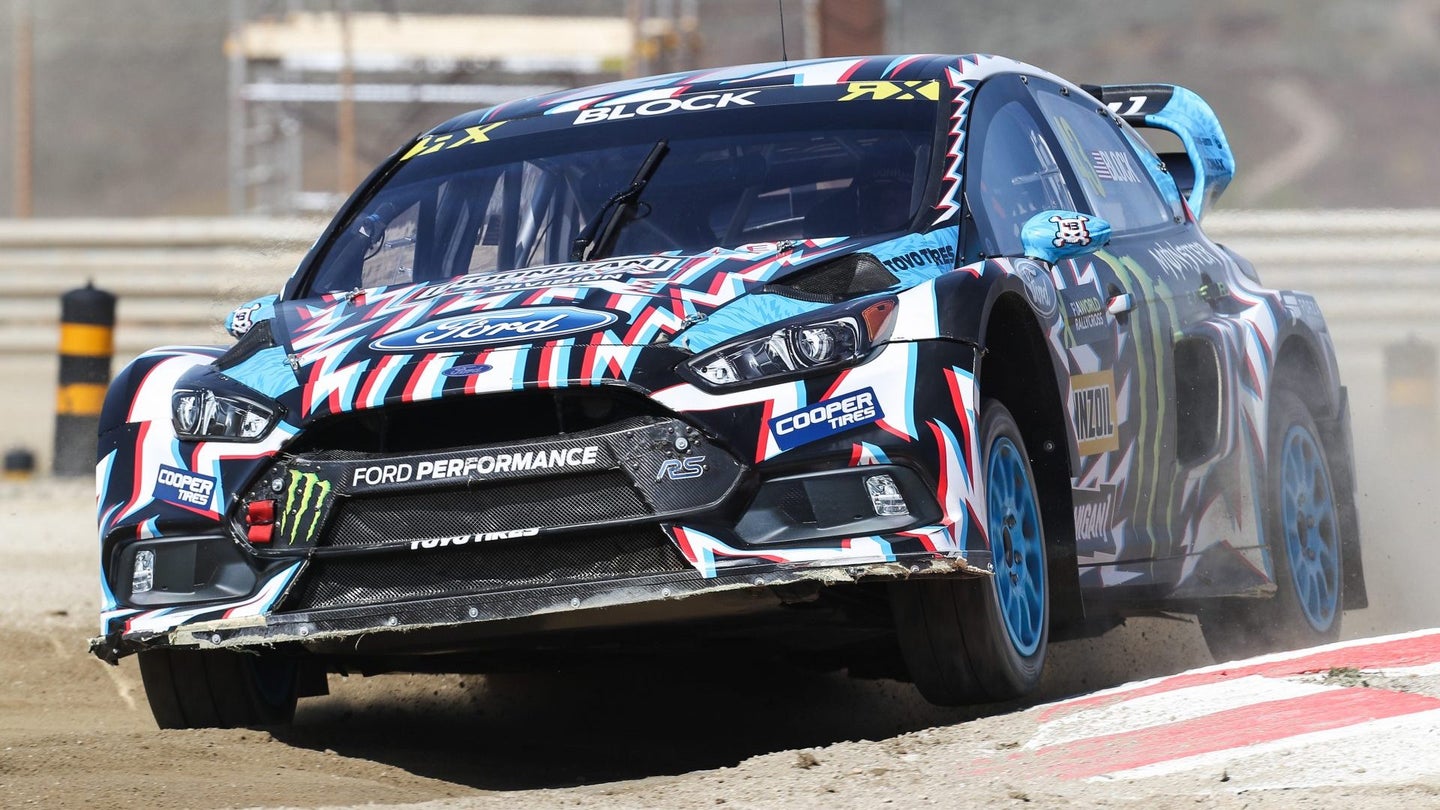 The World Rally Championship races were last held in the U.S. in 1988, when the Olympus Rally in Washington was on the calendar. Now, viral video star, lifestyle brand owner, and racing driver Ken Block wants to bring the WRC back to the United States, near one of its biggest population centers: Los Angeles.

"I always fantasised about building a WRC round based in [Los Angeles]," Block told sportswriter and broadcaster Jeremy Hart, who shares with Block a lifelong fascination with hill climbs and rally. "There're [sic] incredible roads, not only tarmac but gravel too close to [Los Angeles]. Not only that but you would have the full infrastructure of Los Angeles to do it from."

North America's lack of presence on the WRC calendar is puzzling because it's one of the biggest markets in the world for multiple automakers that compete in the WRC, such as Hyundai, Toyota, and Ford.

Between the potential value of racing in the Americas and the rising enthusiasm for rally's short-form sibling rallycross, North America probably won't be absent from the WRC calendar for long. In February, the WRC announced that Canada is making a bid to host a world championship rally for the first time since 1979 that could come to fruition in the near future. Unlike Los Angeles, this potential Canada rally could face many of the same problems that have hampered previous attempts to bring the WRC back to the Americas.

"There are some great stage rallies in the States and Canada but they don't have the infrastructure needed like other EWRC events in Spain, Turkey or Wales. But, as always, it's all based around budget, money and public interest," explained Block.

He also believes that despite the internet's ability to inundate potential viewers with more entertainment than they could ever consume, rally can compete on even ground for viewers' attention.

"NASCAR are [sic] really struggling to get people to watch for three hours straight, but that's why I think they stage rally [and rallycross] work really well in today's world, because there's these short bursts of competitions over a few days makes it more entertaining—at least to me," he said.

Block continued, "I think that the current cars are really good—so highly modified that it really makes it you feel like they are from a fantasy world. They have a great sound. And just that performance that on camera it looks so impressive. So I think going rallying is going in the right direction. I'd love to see it back in the [U.S.] though."

Block is confident that as electric propulsion propagates, rally and rallycross can take advantage, as its cars typically look much more like road cars than those of other styles of racing, such as Formula 1.

"I definitely I think—as electric or steps to convert to that come along—rallycross and rallying is in a good place because they are very similar to production cars but they jump and they slide and so are a much more relatable and appealing motorsport [and future proof] than Formula 1, or NASCAR, or drag racing."