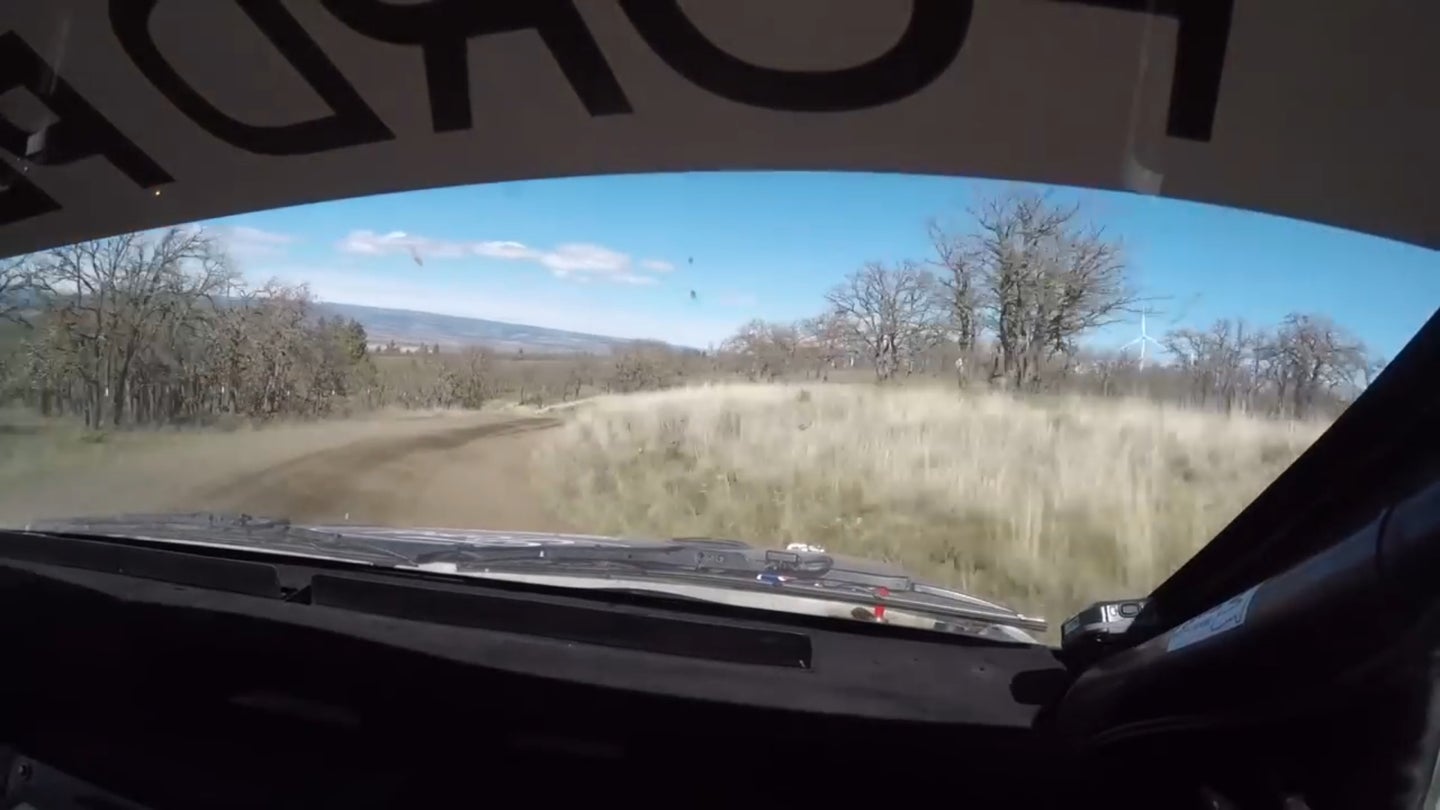 Block, driving the 1991 Ford Escort Cosworth along with his co-driver Alex Gelsomino, was going to face stiff competition from the Subaru Rally Team of David Higgins and Craig Drew in their 2018 Subaru WRX STI racer. In the end, Higgins and Drew took first place with Block and Gelsomino finishing third for the event. By taking on the rally course in a 25-year-old WRC spec car, you know the duo wasn't there to finish in first, but they had fun and earned a podium doing it.

Hoonigan recently released a new supplementary channel, Hoonigan Bonus, as a place to drop exclusive content and behind the scenes footage. The team has been featuring some clips of Block's rally car on the new channel and recently dropped a full stage run at the Oregon Trail Rally. The stage is the ninth of the rally and you can see Block going flat out while listening to Gelsmino's notes.

Check out the raw footage of Ken Block ripping through the woods of the American Rally Association Oregon Trail Rally Stage 9 below.