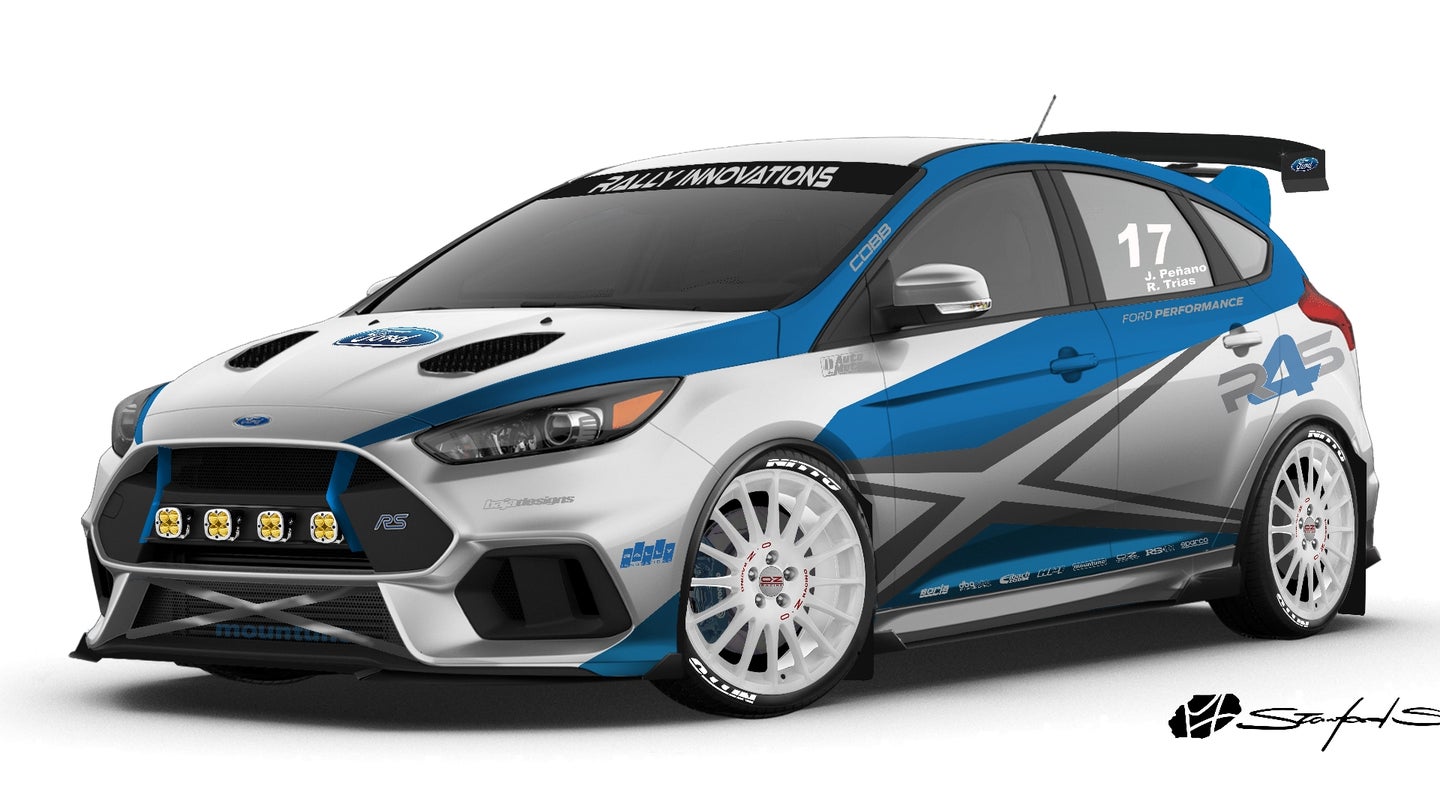 Over the past few years, Ford has been making some of the finest hot hatches on the market. With the respectable trio of the Fiesta ST, Focus ST, and Focus RS, Ford has really made a name for itself as a leader in the increasingly competitive sport compact segment.

While these cars are fantastic in stock form, some tuners see room for more potential in both aesthetics and performance. Four different groups customized a unique Focus for Ford to bring to SEMA in Las Vegas later this year. Sadly, no custom Fiesta ST’s are present, presumably because that delightful hatch is on death row for the U.S. Ford claims to have the biggest OEM stand at SEMA and these hatchbacks will help to bring more excitement to the show floor. Here they are.

Glenview, Ill.-based speed shop Blood Type Racing customized this Focus ST “for the modern enthusiast.” It has a Midnight Purple paint job along with a front splitter and rear wing by Rally Innovations, B-Forged 19-inch wheels, and perhaps its most distinct feature, a drone helipad on the roof of the car. Mechanical mods include a FullRace turbo kit for less turbo lag, Ford Performance exhaust and short throw shifter, a tune, and Mishimoto engine cooling gear. We dig the paint color and the splitter and wing are nice touches, but the wheels may be a bit much. But isn’t that kind of the point of SEMA?

This TriAthlete RS looks like a car you would have customized in one of the Need for Speed: Underground video games. It’s mostly an aesthetic upgrade with a matte black finish with custom airbrush art and various carbon fiber bits giving this Focus a distinct boy racer attitude. It does have some performance upgrades like Ford Performance exhaust and short throw shifter, a Cobb tune and cold air intake, and a couple turbo upgrades like a high-performance intercooler and a wastegate actuator. The video game look might be a turn off to some, but the TriAthlete is certainly a head turner.

Universal Technical Institute isn’t just a school with an unfortunate acronym. UTI is one of the finest auto mechanic schools out there and it has a relationship with Ford. In partnership with Pennzoil and Tjin Edition, this Focus RS is perhaps the most subtle of the crowd. We have a feeling the tremendously yellow paint was Pennzoil's idea. We wouldn’t blame you for mistaking this for a Focus ST in the Tangerine Scream color Ford is so fond of using in advertisements. Upgrades include Ford Performance exhaust and short throw shifter (are you seeing a pattern here?), FullRace intercooler and intake, BC Racing coilovers, Baer brakes, carbon fiber interior bits, and more. Out of the four cars, this is the one we can most realistically see in street use. Although an RS with an “I was too cheap to spring for the RS” paint job might confuse some Ford enthusiasts.

This take on the Focus RS by Rally Innovations puts a focus on the car’s all-wheel-drive system making it a potent candidate for a rally car. It has a striking wrap by Rolotech that would make this right at home on a dirt track along with Baja Designs rally lights and various upgrades from Rally Innovations like the splitters, a rear wing, and hood vents. Under the hood, this RS gets Mountune goodies including an intercooler upgrade, a performance radiator, and a high-flow induction kit. It also gets a—you guessed it—Ford Performance exhaust and short throw shifter upgrade. Appearing to be much more than just an aesthetic upgrade, we would love to see what this RS can do in a rally race.

If we can gather anything from these cars, it’s that Ford welcomes the aftermarket crowd with the brand’s hot hatches, and that Ford really thinks you should buy Ford Performance exhaust and a short throw shifter.