And that’s why you don’t break out Drift Mode on the street. 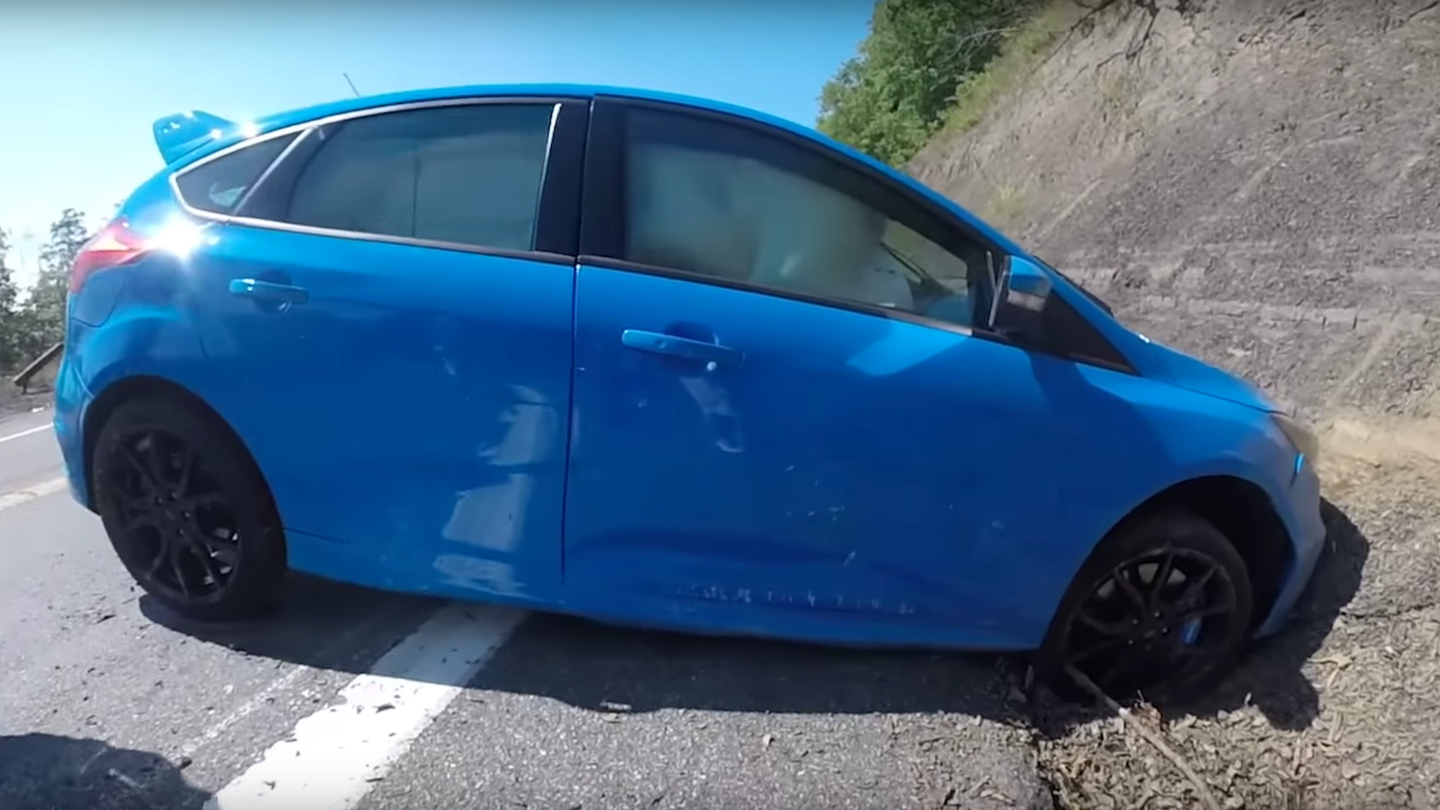 Now that Ford's highly-anticipated new hot hatch has made it into the hands of American customers, those owners are at long last getting used to their 350-horsepower, all-wheel-drive, do-everything little beasts. For the most part, that means pushing the cars to their limits at track days, using the hatches for standard grocery-getting duties—and apparently, finding out how to crash them, as you can see in the video below. With Drift Mode allegedly engaged, one Focus RS owner got a little too excited while taking a turn...which led to his car crashing straight into a rock wall.

According to the YouTube video uploaded on the Craig Media Productions channel, the Focus RS was driving around a hairpin on Route 44 in New Paltz, New York when the incident occurred. From the look of things, the Focus RS was toward the back of the pack in a cruise formation with several Focus STs from the New York Focus ST Club. When the cars approached the hairpin, the STs pulled off to let the RS do its thing...only for Drift Mode to turn into Epic Fail Mode.

"PLEASE NOTE - NYST (The NY ST Club) does not condone or approve of this reckless behavior on public roadways. The offending person was immediately booted from our club. We practice safety on the road during our cruises, and actions such as this will be dealt with with ZERO TOLERANCE.

Take it to the track, if you want to drive like this.

Focus RS attempting a drift at the 44/55 Hairpin outside of New Paltz NY. This was during a cruise with the NY ST Club.

We won't point fingers, but from the video, it looks like the other cruisers didn't have much issue with that "reckless behavior."

As we're sure Ford would happily remind you, the Focus RS's Drift Mode is for track use only. It's a wonderful thing that automakers are adding driver-enhancing technologies like this to their cars, but incidents like this one give them all the more reason not to.

UPDATE, 11:00am: The original YouTube video has been made private, but another upload of the video can be viewed below.