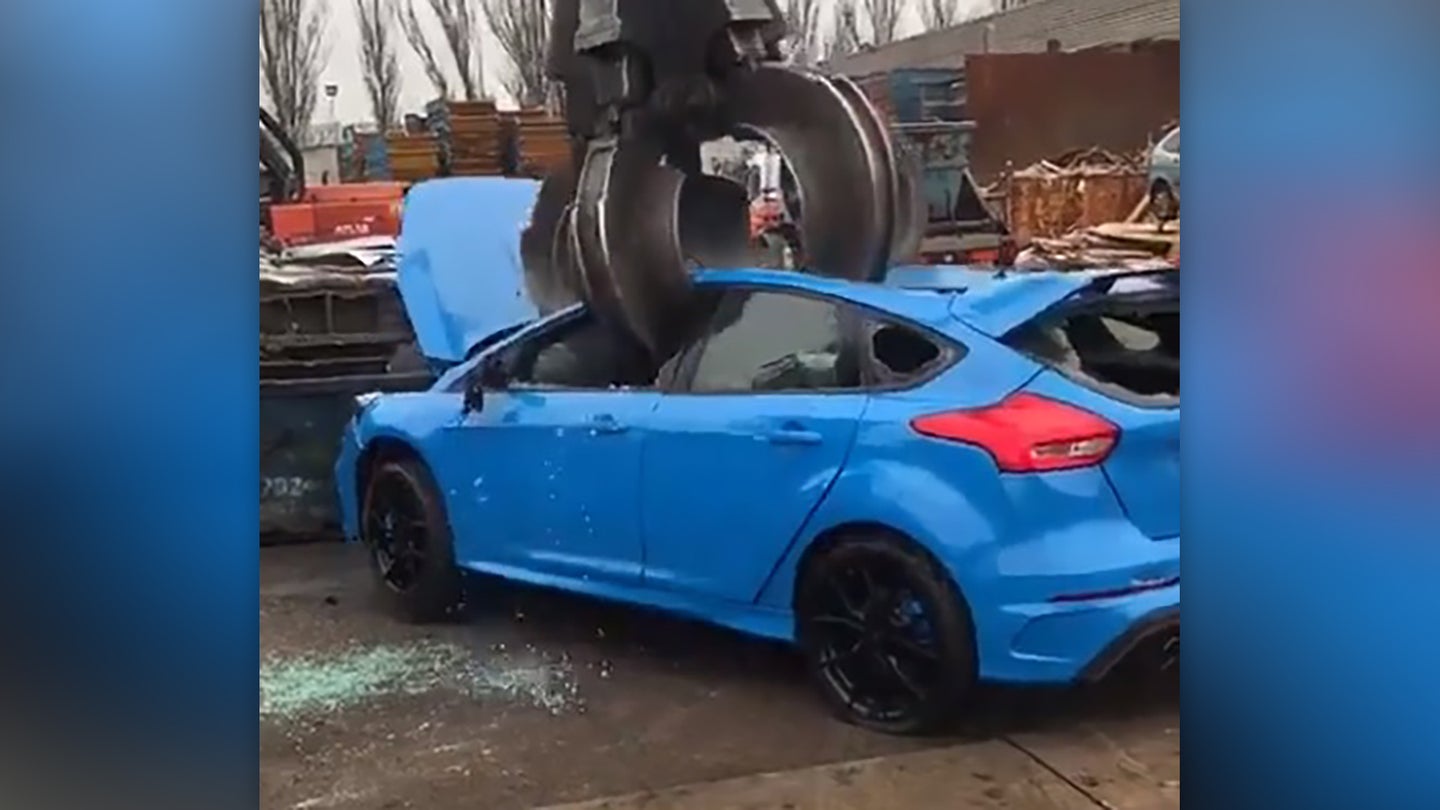 If you're of a certain age, chances are at some point a parent exhorted you to finish your dinner by reminding you that there are starving children in some corner of the developing world who would eat that. So Ford, safety and compliance issues aside, there are plenty of hoonage-deprived people out there who would kill for this new Ford Focus RS that was recently caught on camera being crushed in England.

Anyone who's ever wandered through the maze of factory fresh floor models at a major auto show has probably wondered just what happens to all those cars when the circus leaves town. If the vehicle was plucked from an already-running production line, it usually goes right back into the dealership ecosystem, no matter how many people have glommed all over it. But if it's a pre-production model with a few quality issues that hasn't been certified, it's either saved for posterity, dismantled, or sent to the crusher—even if we're talking about tiny changes from the previous model year.

The video shows the Nitrous Blue Focus RS get picked up and thoroughly manhandled by a giant metal claw, which eventually places the crumpled hatch in a nearby dumpster. As Road & Track points out, you can tell it's a pre-production auto show model because the next car in the crushing line, a Ford Focus ST Wagon (remember, Britain), still sports the decorative license plate and hood graphics that would identify it to consumers out on the display floor.

So tempting as it is to make some head gasket jokes, it's pretty clear we're looking at a particularly cruel example of business as usual in the industry. Let's hope that at least some of that metal gets a second chance at becoming one of the best hot hatches out there.

The driftiest little hatch gains a limited-slip differential up front.