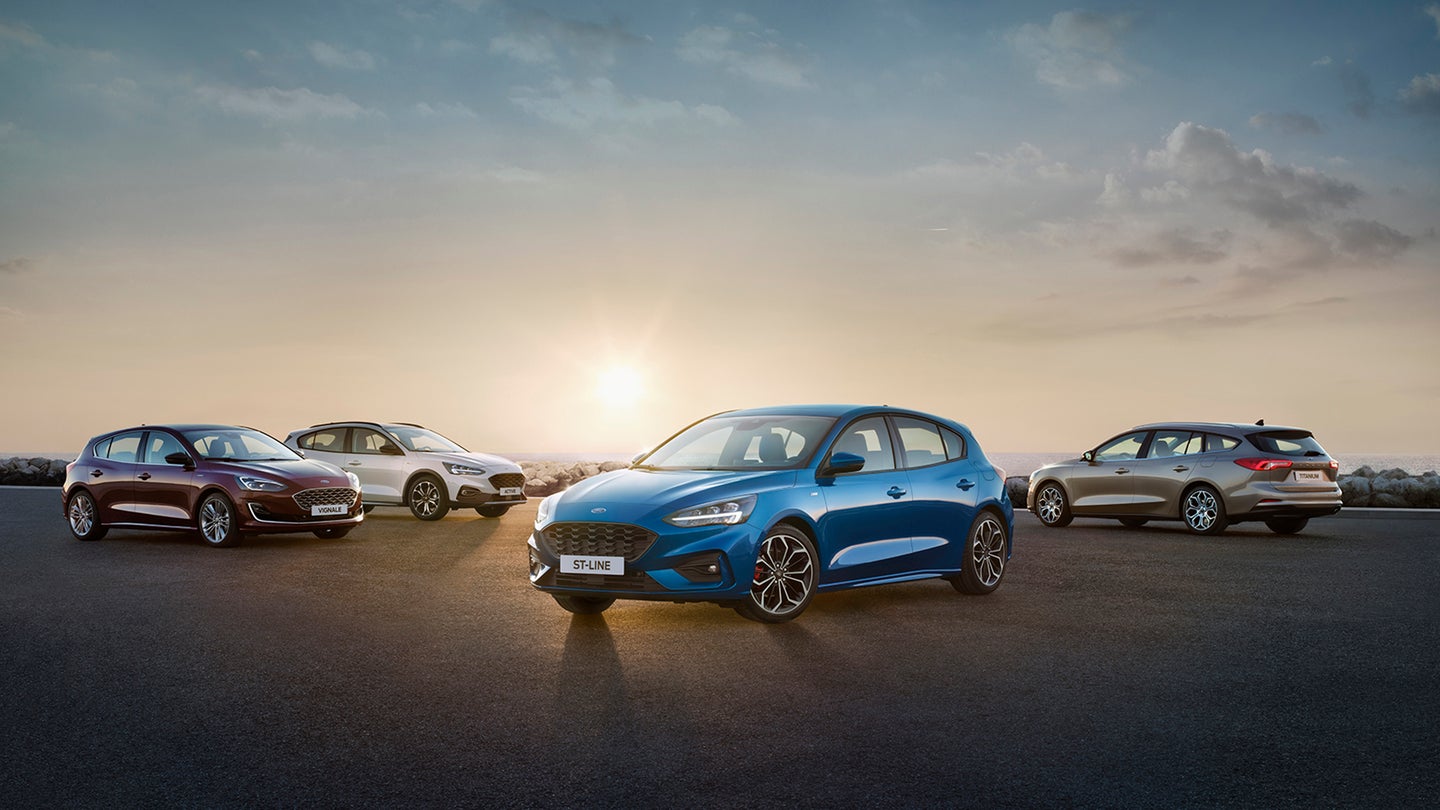 Ford's newest generation of its Focus hatchback is due a sporting ST variant soon, and word is that it will use the same engine found in the last-gen Focus RS.

According to Autocar, the upcoming Focus ST will utilize a near-identical version of the 2.3-liter EcoBoost turbo four that was used in the discontinued, drift-happy hot hatch. Its internals will reportedly be as tough as those found in the 350-horsepower RS, but the tune will be more conservative to keep its power output in line with its European-market competitors (we aren't getting the new Focus stateside). Ford reportedly opts to use the 2.3L EcoBoost rather than the Fiesta ST's 1.5-liter turbo three because the smaller engine would be at its performance and reliability limits in the larger ST, and would likely not be adequate for RS variants.

Hybrid power will reportedly not augment this generation of the Focus ST, but it will allegedly arrive in the Focus RS and eventually trickle down to the ST in years to come. The car is expected to retain a six-speed manual transmission and ditch about 194 pounds (88 kilograms) versus the outmoded model, but still be 20 percent stiffer.

Reveal of the new Focus ST was reportedly planned for the fourth quarter of 2018, but has been delayed to Q1 2019, with an online launch allegedly anticipated prior to the Geneva Motor Show in early March.

With the limits of the 2.3L engine well-understood by now, the next Focus ST should be capable of accepting a variety of performance tunes from day one, should these powertrain claims hold true. The Drive contacted Ford Europe for comment on the engine to be used in the Focus ST, and we will update when we receive its response.