Would've been a sweet drift if he held it, though. 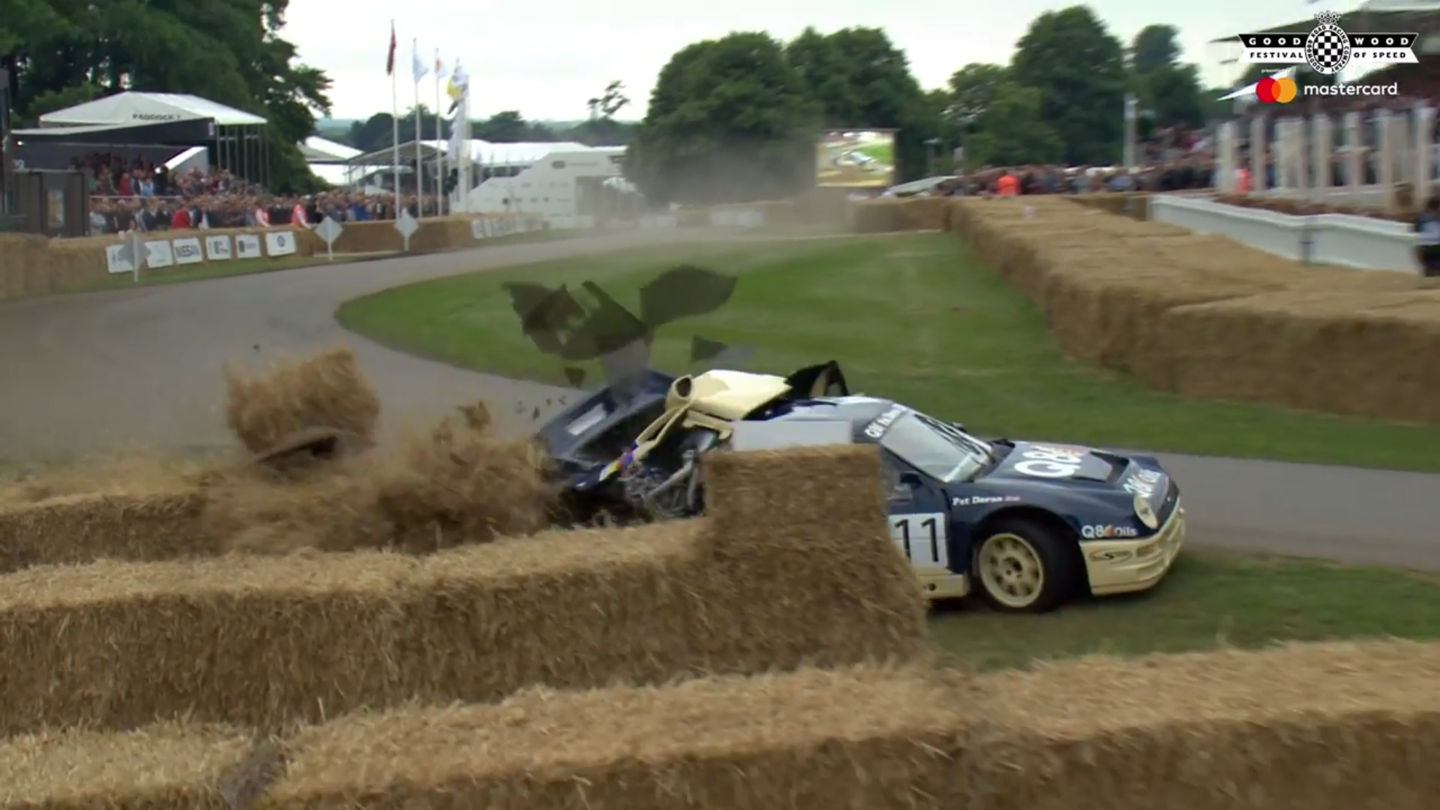 The festivities have just begun, but the famed hill climb course has already claimed its first victim—a 1986 Ford RS200 Evo 2. British rallycross legend Pat Doran was flying up the slope when he cut in too early approaching the Molecomb corner and lost control. For a second, it looked like he might be able to hold the slide, but he quickly ran out of room and stuffed the mid-engined rally rocket into the hay bales.

Though the "soft" landing spared Doran from any injury, it sure didn't do the RS200 bodywork any favors. The impact tore the rear hatch off the car and the event was red flagged so officials could pick up all the pieces. Doran was a good sport about it, though, bowing for the crowd as he climbed out of the wreckage.

It helps that he's in good company, as the Molecomb corner has claimed more victims than just about any other part of the course. Below is a compilation of several other entrants losing it on the turn a few years ago—everything from a Mazda 767B to a NASCAR stock car to an R34 Nissan Skyline.