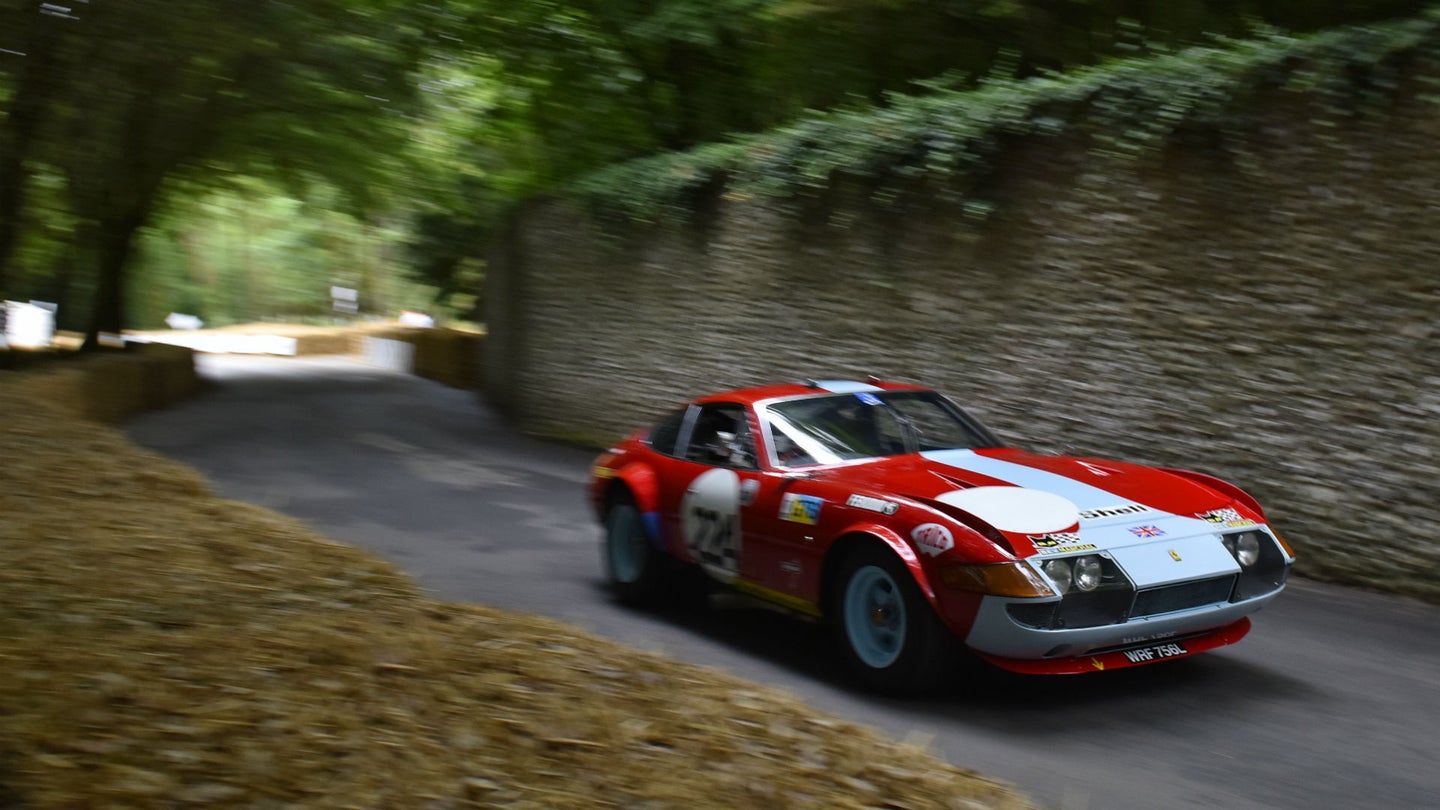 The Goodwood Festival of Speed is an unmissable exhibition for car enthusiasts of all calibers and tastes. While many manufacturers will have their cars on display at paddocks around the Goodwood Estate, the main event is the Goodwood Hillclimb where everything from autonomous cars to Formula 1 legends take a drive up the hill in a spectacular display of speed and control on a difficult course set up on the estate's driveway.

If you're confused about what makes this hillclimb so tricky and fun to watch, British rally driver Mark Higgins walks us through the 1.16-mile course in a video posted by Goodwood's YouTube channel. Driving the new Porsche 911 GT2 RS in honor of Porsche's 70th anniversary, Higgins explains the quirks of each major turn, and why the climb has claimed the lives of many expensive cars.

The course seems easy enough: four main corners, a handful of straights, and a couple of s-bends.

At the start, participants roll over a Culver Block taken from the Indianapolis Motor Speedway, accelerating through a colonnade of trees flanking both sides of the first straight before braking hard into the initial corner, a slow right-hander.

On the following straight, drivers can easily hit speeds in excess of 120 miles per hour under the iconic bridge. However, they must be wary of when to brake for the infamous Molecomb corner, a blind left-hand turn responsible for most of the crashes we've seen over the years. The next straight is just as scary, as drivers enter the forest leading to the iconic flint wall- with the lack of visibility, it's very easy to side swipe the wall fans have affectionately named "The Meat Grater." Flying out of the dark woods, drivers must fight the blinding effect from being reintroduced to sunlight while navigating a quick bend.

The last section, called Birdless Grove, can be taken flat-out if you're brave enough before making a fast left-hand turn and crossing the finish line.

Let Higgins show you how it's done.

The Goodwood Festival of Speed is celebrating its 25th anniversary this year, and thus will have festivities for the other car anniversaries happening this year. Goodwood's main theme this year is the 70th Anniversary of the Porsche sportscar, but the event will also feature exhibitions for the 70 years of the Jaguar XK, 30 years of superbikes, 60 years of Lola, and 70 years of Land Rover.

In addition, manufacturers are looking to break some records this year. Volkswagen will be there with its I.D. R Pike's Peak race car gunning for the electric vehicle record, and multiple companies will send their self-driving cars up the hill, the first time an autonomous car has ever participated in a hillclimb.

Goodwood Festival of Speed begins on July 12 and runs until July 15, and the hillclimb will take place throughout the four-day event. If you can't make it to West Sussex, England, for the event, you can watch the live stream here. Charles March, Duke of Richmond and the owner of the Goodwood Estate, also gives an overview of what will be racing around his driveway in the video below.