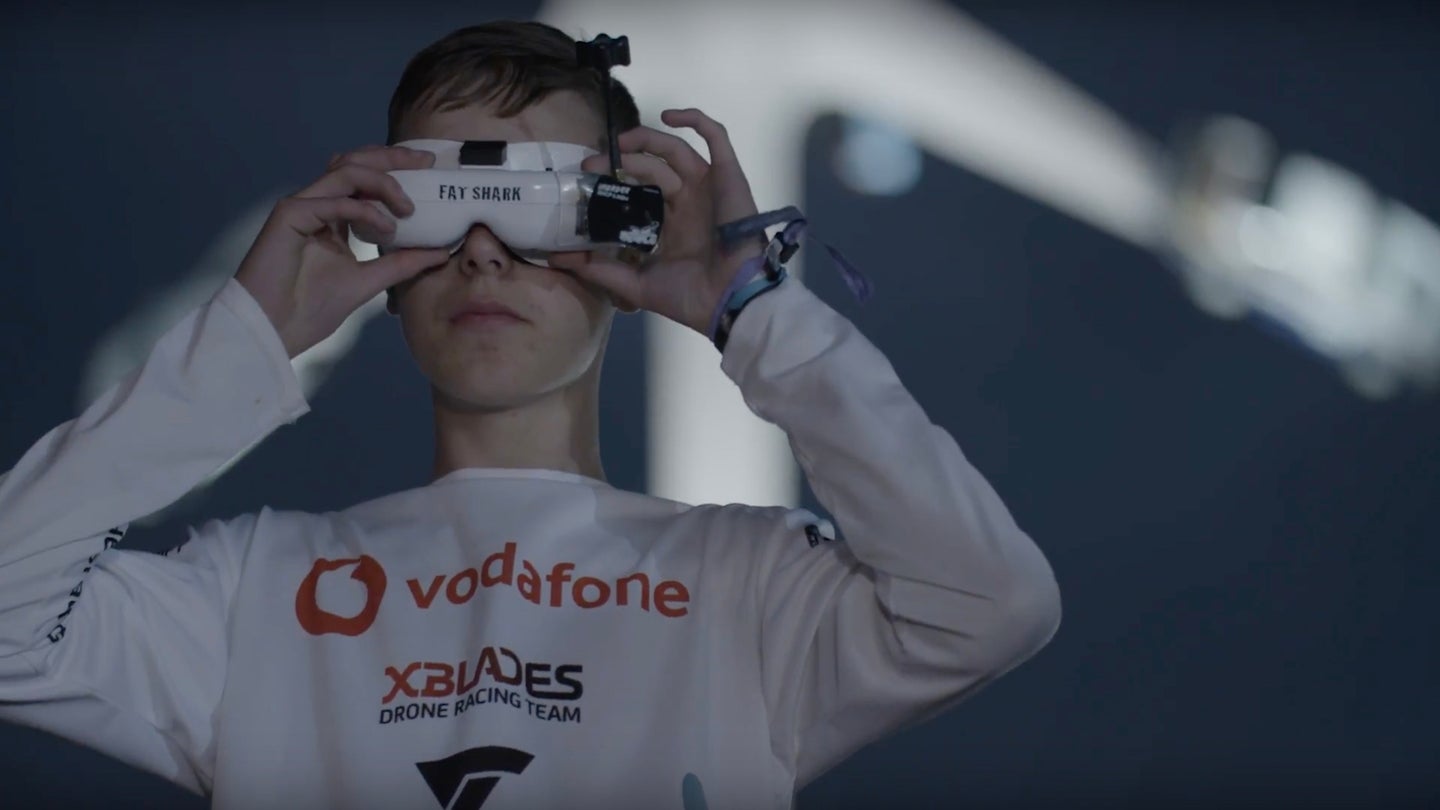 The 25th annual Goodwood Festival of Speed is firmly underway, with Vodafone’s participation officially resulting in a Guinness World Record. According to the European telecom’s press release, the Vodafone XBlades drone (otherwise known as the Wingcopter XBR) achieved top speeds of 150 miles per hour (240.6 kilometers per hour), thereby breaking the record for fastest speed by a remote-controlled tilt-rotor aircraft.

For the uninitiated, the festival gathers thousands of motorheads and drone enthusiasts together at the world-renown Goodwood estate in Chichester, England every year to celebrate the competitive spirit and ingenuity of a growing, healthy racing community. While the figure defining Vodafone’s new record is admittedly smaller than the Drone Racing League’s record of 179.6 miles per hour, achieving this kind of speed is easier with a quadcopter than a tilt-rotor UAV like the Wingcopter.

The drone was piloted by Luke Bannister, a teenage UAV racer who has now firmly cemented himself into the history books of drone culture. Fortunately for us, Vodafone released an informative compilation of this momentous occasion, allowing us to hear from the boy wonder himself.

“Setting a drone world record at The Goodwood Festival of Speed gives us a glimpse of what is to come with the roll-out of 5G across the country,” said Vodafone U.K. Enterprise Director Anne Sheehan. “With super-charged data speeds, we will see technology—including drones—put to new and exciting uses.”

Vodafone has slowly but surely shifted part of its focus toward the UAV industry, specifically at the fulcrum of 5G’s inevitable standardization, and Vodafone’s effort to establish a reliable Internet of Things network to manage internet-connected devices across territories. Sheehan’s quote here is particularly telling, as the core of her message isn’t drone-centric and seems to be rooted in data speeds instead.

Ultimately, that makes complete sense, but before we get ahead of ourselves and look toward the future, it’s important to stop and smell the roses: a new Guinness World Record has been established, with drone’s becoming ever more capable and mainstream. Hence, a huge congratulations to Vodafone, and wunderkind pilot Luke Bannister.