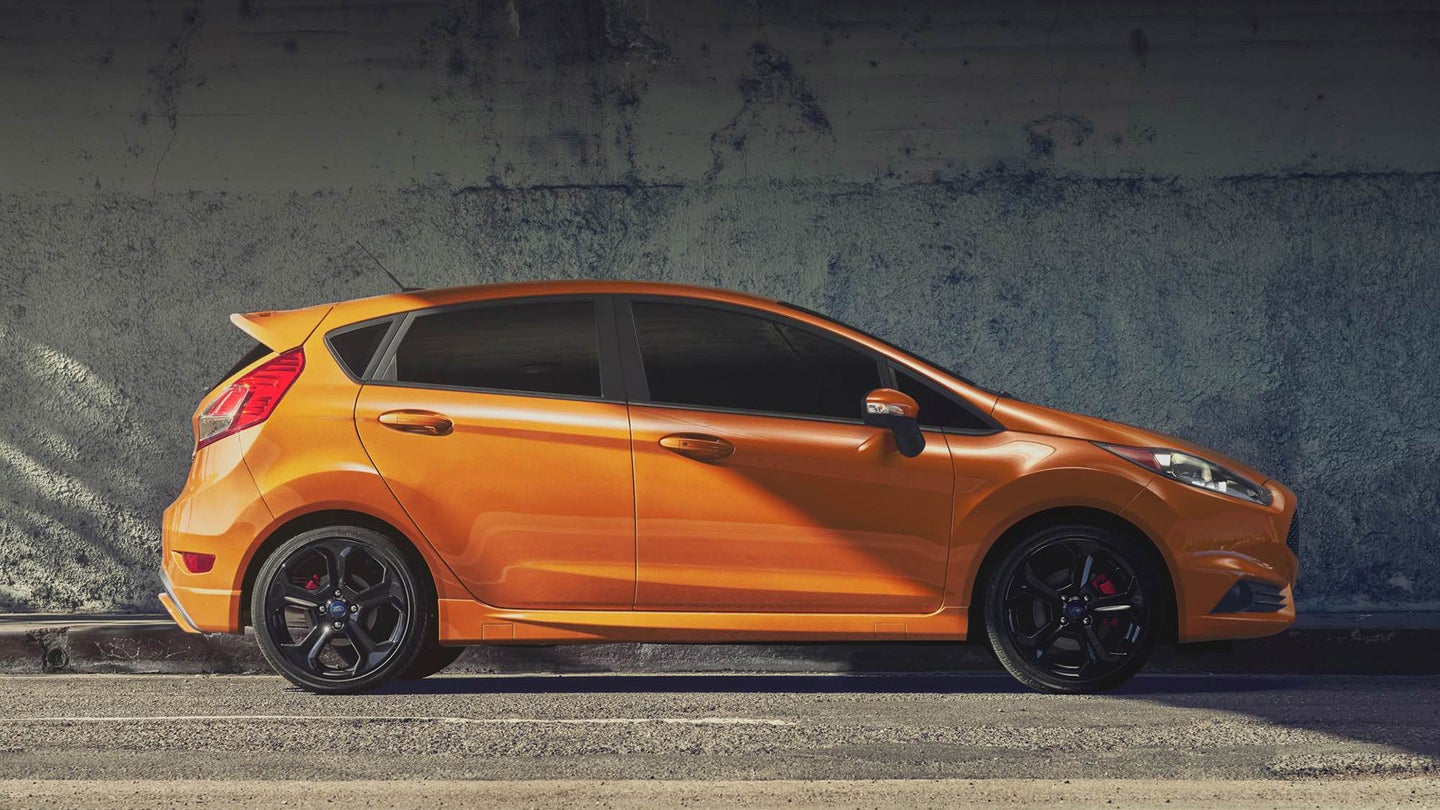 For whatever reason—a preference for mighty V8 powertrains, a firm belief that bigger is better, a lack of space for fat American asses—hot hatches have never quite been as popular in the United States as they are in much of the rest of the world. And sadly, America's ranks of high-performance hatches are about to grow even thinner. The all-new 2018 Ford Fiesta ST and its turbocharged three-cylinder engine, it seems, is officially, absolutely not coming Stateside.

That's the word from Ford's Performance of Europe director Leo Roeks, who said as much to Carbuzz during the Frankfurt Motor Show last week. "It’s simply a matter of a lack of interest in the B-segment in America," he said. "It doesn’t make sense, nor is it possible financially speaking, to import a single trim level, and a niche one at that.”

That quote also seems to confirm the rumors swirling around for some time that the Fiesta will be axed from the United States entirely. Blame our insatiable desire for crossovers and pickups for that loss; as Fiesta program manager Robert Stiller told a Romanian automotive site a couple months back, demand for small cars has been on the wane in North America, "especially in the U.S."

The Fiesta ST may not have proven a sales sensation, but it's long been regarded by the automotive media as one of the best performance bargains on the new-car market today. With a 197-horsepower turbocharged 1.6-liter inline-four pushing around a mere 2,720 pounds and a wheelbase barely larger than a Radio Flyer, the ST's agility and fleetness make it perfect for slicing up traffic, blasting down back roads, and dominating autocrosses alike.

Luckily, for anyone who wants to grab a new Fiesta ST while they can, 2017 models are going for cheap these days. As The Drive pointed out back in late July, it's possible to grab one off the lot for less than $17,000. But don't wait too long to snag one; once they're gone, they're gone. And we have a feeling the remaining ones will hold their value on Bring a Trailer for years to come.