Did You Know South African Police Use Volkswagen GTIs?

Trouble brews at SA police headquarters, but did you see what cars they have? 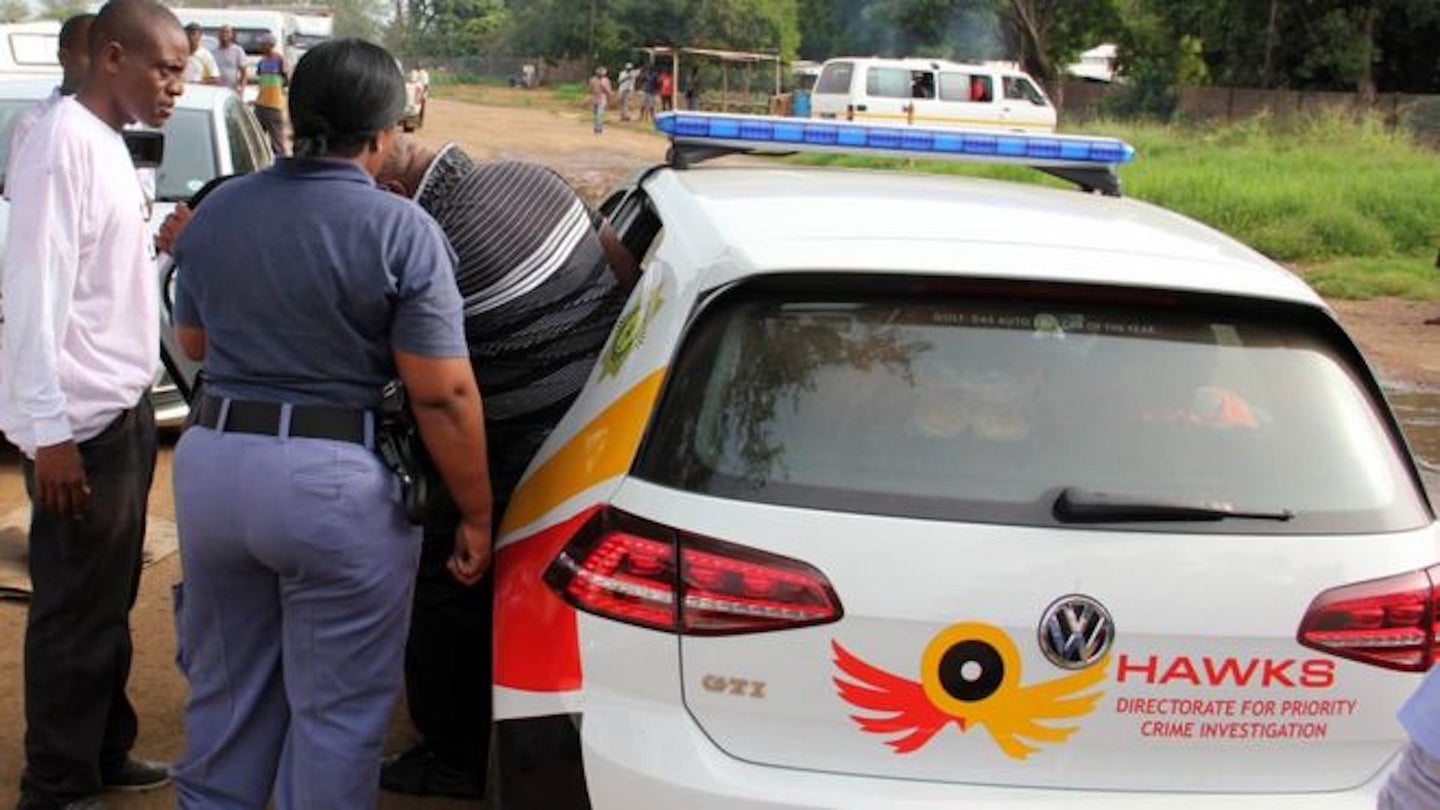 A police force with a respectable fleet of pursuit vehicles always catches our eyes. For example, Dubai with its Mercedes G63 AMG 6x6 and Porsche 918 Spyder. But now other countries are following suit and adding some seriously cool machines to their fleets. Though they're not exactly supercars or extremely luxurious off-roaders, we learned today that South African police also have some power in their fleets.

BBC published an article Wednesday about a break-in at the headquarters of the Hawks, an elite law enforcement agency that focuses on corruption and organized crime. As unfortunate as this news is, it isn't what grabbed our attention. One of the photos of the incident shows a seventh generation Golf GTI equipped with police decals and gadgets; it appears as though this is a normal police cruiser for the Hawks. An article from 2014 published by The Sunday Mail confirms that South African police have been known to use the hot hatches as patrol cars.

Apparently, these aren't even the craziest cars South Africa has. At some point, the Johannesburg Department even had some Nissan GT-R NISMOs in its collection.

As an actual day-to-day patrol vehicle, a hot hatch like the GTI makes perfect sense. It combines relative affordability, practicality, and just enough power for a department to catch pesky performance cars, haul suspects and equipment around, and give officers the right amount of comfort for driving around all day. It's certainly far better than the beaters the departments are using now.

After seeing what the Africans have to offer, maybe the United States will adopt some Focus RSs to deal with the street racing problem plaguing the country.