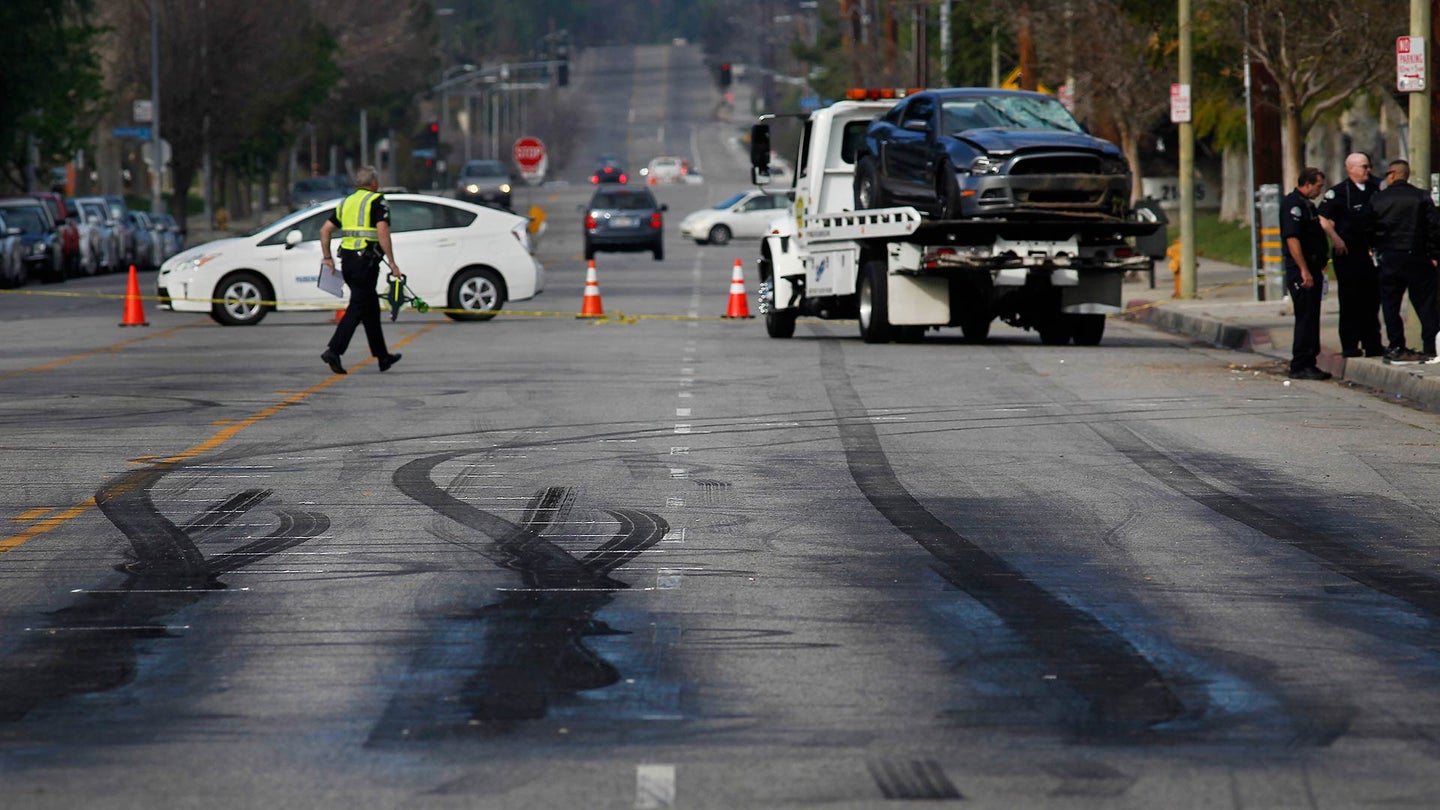 To fight this, Los Angeles is now installing rumble strips on Canoga Avenue to combat illegal racing. That said...we at The Drive don't know if that is the best solution. Rumble strips also reduce tire traction at higher speeds, increasing the chance a racer will lose control and crash, as the only thing the strips truly do to deter racing is create a vibration (and instability) in the car. In addition, another annoying issue created by street racing is the noise associated with it—and rumble strips just add to the problem.

It may just be us, but it seems like L.A. is throwing a banana peel in front of a speeding car and saying it will make things safer.

Better alternatives we can think up off the top of our heads: speed cameras, a roundabout to break up the direct line, or even an old lady yelling "slow down."