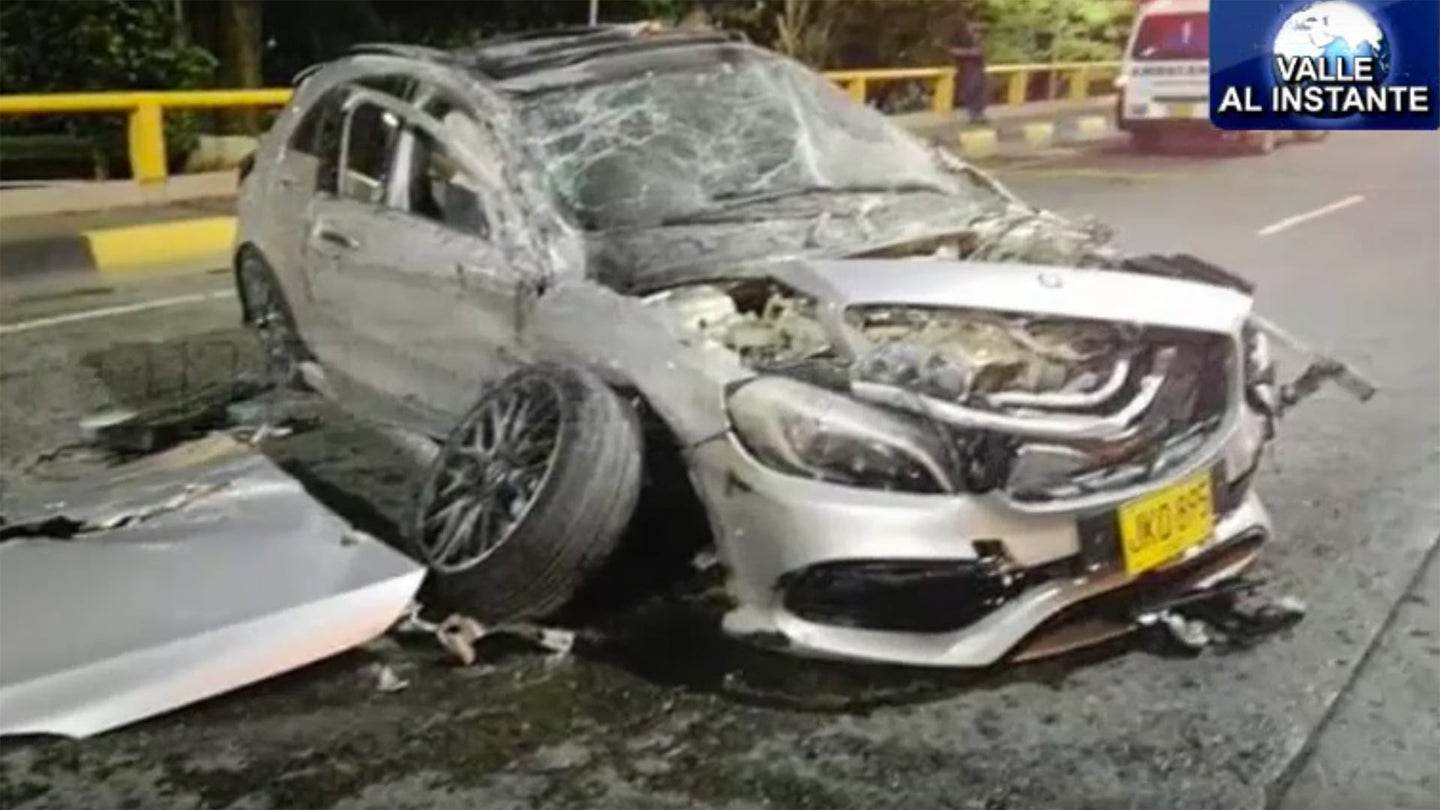 Shocking but far-from-surprising video has surfaced from Colombia that shows a random assortment of street racers holding up traffic and blasting through a tunnel. Eventually, one of the racers crashes in a spectacular display of reckless behavior.

The video begins with approximately 10-or-so cars lining the beginning of the tunnel, then either a police siren or aftermarket jerk-horn goes off and the drivers rapidly accelerate into a tunnel.  Seemingly disobeying all speed limits and lanes, a race quickly becomes a free-for-all. As the tunnel comes to an end, a tight left-hander emerges and one of the racers is caught off guard and falls victim to a critical amount of understeer. Unfortunately, we do no know the rate of speed the Mercedes-Benz was traveling when they came in contact with the wall but the way in which the car hopped onto its side makes us believe that triple digits were not far off.

Best way for you to avoid this would be to drive like a civilized human being and leave the speeding for the race track.