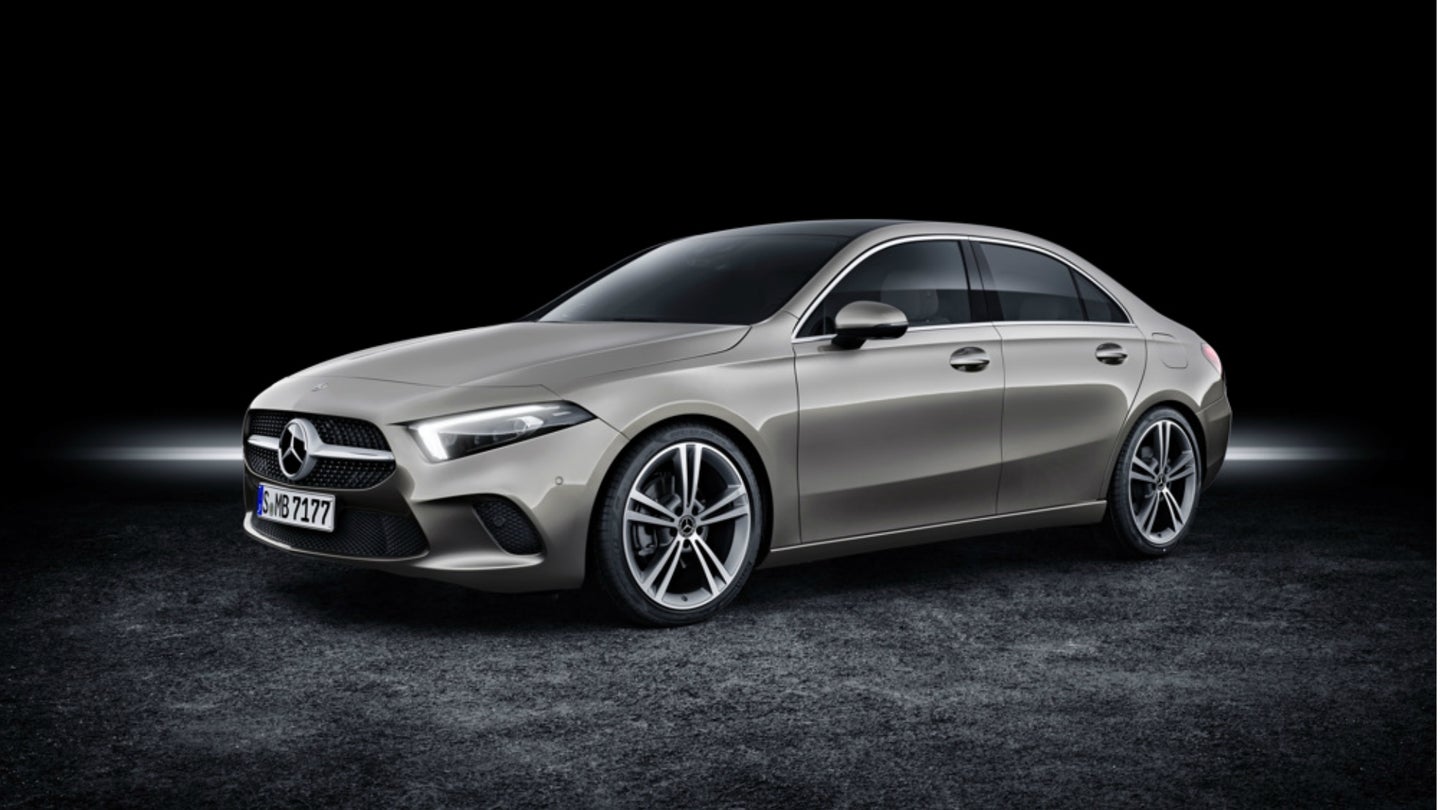 The Mercedes-Benz A-Class compact sedan is finally coming to the United States as a 2019 model and now we know what we can expect to pay for this entry-level Benz. When it hits American showrooms early this year, it will be the most affordable Mercedes carrying a starting MSRP of $32,500 for the A220 and $34,500 for the A220 4Matic all-wheel-drive model.

It likely isn’t a coincidence that the starting price of the A-Class is identical to that of the Audi A3, the new Merc’s most direct competition. However, upgrading to AWD is more affordable for the A-Class since it’s only a $2,000 jump compared to Audi’s $3,100 upcharge if you want an A3 Quattro.

To recap on the car itself, this is the first A-Class ever offered in the U.S. market. The A-Class has been around since the late 1990s, but us Yanks missed out on the first three generations and we’re grateful to be getting the new fourth-gen model. This car is popular as a five-door hatchback in Europe, but the four-door sedan bearing model code V177 is the only one we’re getting here.

The only powerplant in the U.S. spec A-Class is a 2.0-liter turbocharged inline-four making 188 horsepower and 221 pound-feet of torque. Again, very similar numbers to the Audi A3. Not exactly mind-bending performance, but that’s more than adequate for most drivers in the market for an entry-level luxury sedan like this.

We've found the A-Class to be a well-rounded compact and we’re glad that the German brand decided to bring it to our shores despite the massive influx in the popularity of crossovers—especially in the luxury segment—in recent years.