Times are tough for those looking to ball on a budget. 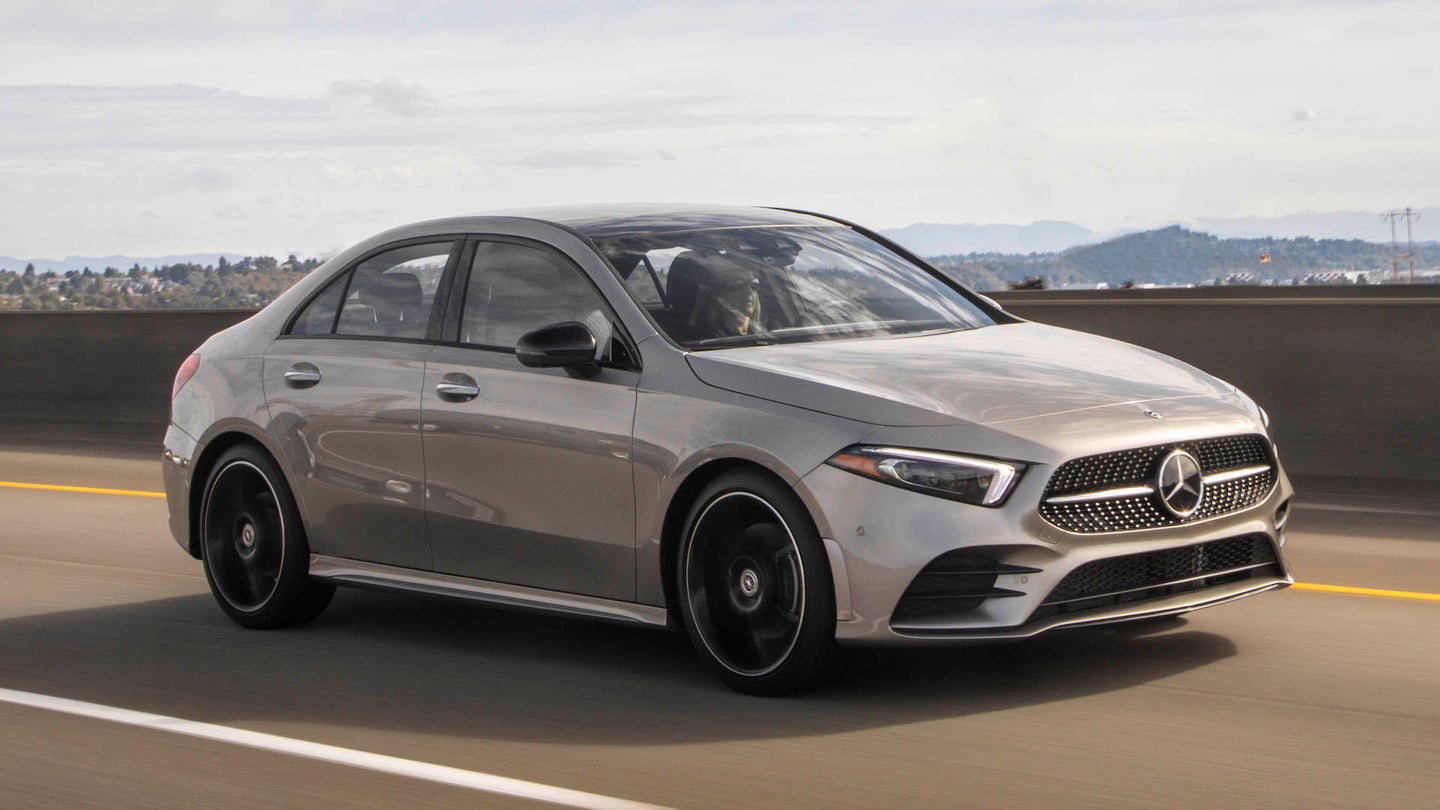 Mark up another loss for (relatively) cheap cars because just a week after news broke of the $14,595 Chevy Spark's discontinuation (i.e. the death of the cheapest new car in America), it's apparently time to start saying goodnight to the Mercedes-Benz A-Class, the cheapest new Mercedes available today.

According to a dealer memo obtained by Automotive News, the $35,000 A-Class will be discontinued in the U.S. market after its 2022 model year. This comes just two months after the company confirmed that the model's A35 AMG variant had been axed for this year. All that remained was the vanilla A220 and, if this latest report is accurate, soon that'll be gone as well.

I've reached out to Mercedes to ask for first-hand confirmation and will update this story when I hear back.

Despite being a nameplate overseas since 1997, the A-Class wasn't brought over to America until 2019 and, by then, the average U.S. luxury car consumer had already developed a strong taste for SUVs and crossovers over sedans like the A-Class. In 2021, Mercedes sold 8,108 A-Classes in this country, down more than 47 percent from the year before. Bar the outgoing, very well-aged SL, the A-Class represented the biggest year-to-year drop in sales out of all MBs officially still in production. The A-Class also got outsold by the C-Class by almost 4:1 and the GLA-Class by almost 1.8:1.

Somewhat curiously, the A-Class actually sold better last year than its swoopier CLA sibling, of which Mercedes only moved 6,822 of. Per the Automotive News report, the CLA will reportedly remain a part of Merc's lineup into 2023 but it doesn't sound like the publication expects the compact four-door "coupe" to stick around for very long after that.

Got a tip or question for the author about the A-Class? You can reach them here: chris.tsui@thedrive.com

The United States’ last small car is exiting production after August of this year.