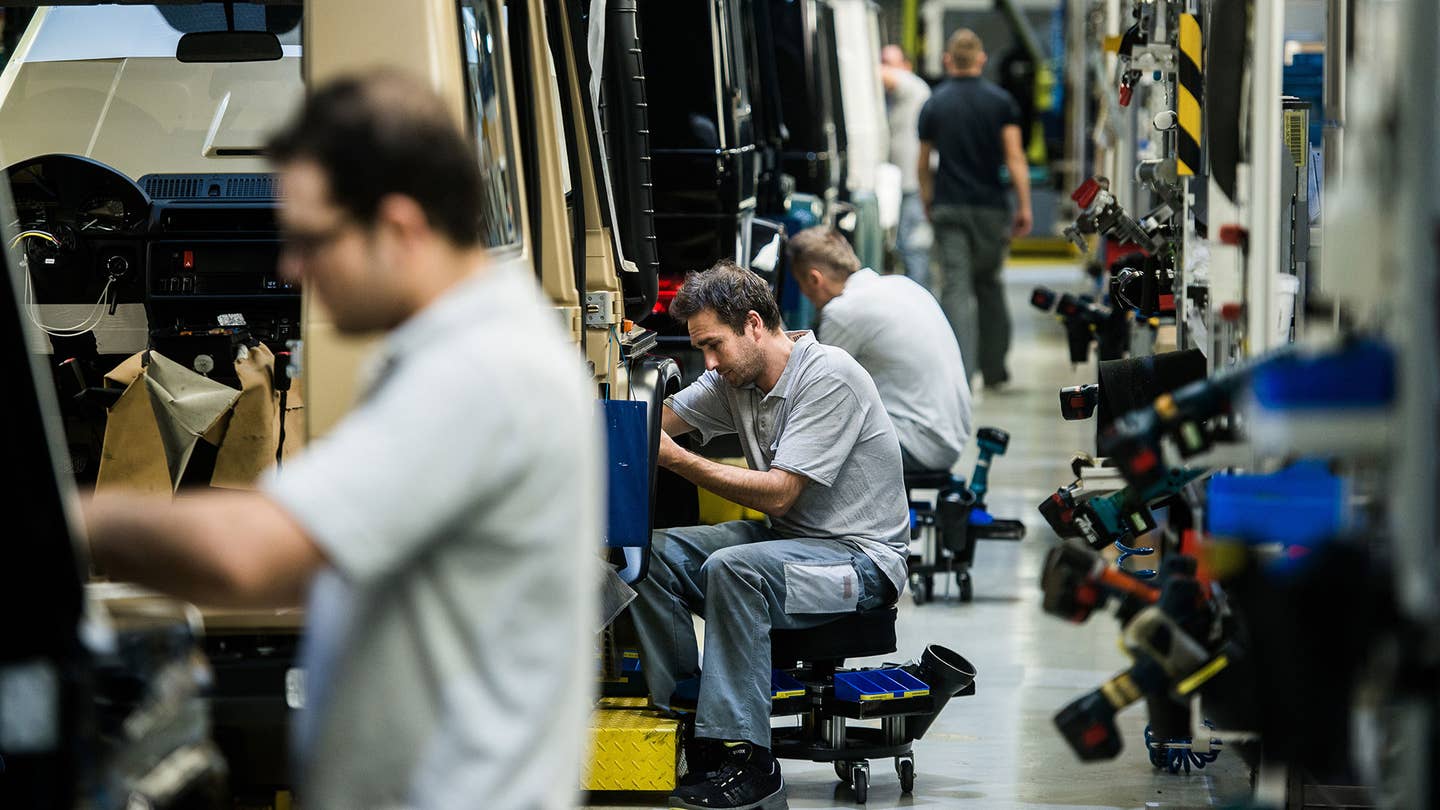 “Robotic density figure” is a thing—the International Federation of Robotics (IFR) uses it to assess the “degree of automation within international markets.” Stripped of the semantics, the number counts how many robots a company has for every 10,000 employees. The international average is 66 robots per 10,000 humans, Germany is third on the list with 292. That Teutonic ratio is about to get a fractional revision downward, however, as Mercedes-Benz replaces robots at its Sindelfingen plants with blood-pumping humanoids. The reason for the swap? Robots just can’t keep up.

Mercedes builds 400,000 cars annually at Sindelfingen, its largest plant, one of those cars being the S-Class sedan. To help keep the S-Class at the front of the luxury pack, the options sheet is of boggling scope: two different kinds of leather in five different colors, seven choices of ambient lighting, six trim treatments, four kinds of tire valve caps, and a “comfort box” in the trunk are a tiny example of the alternatives. In Great Britain, the brochure for the S-Class is 78-pages long.

The assembly floor robots are flustered by the artisanal. Merc's head of production says “robots can’t deal with the degree of individualization and the many variants that we have today," and production line changes take inordinate time due to the necessary reprogramming. This is an area where homo sapiens can excel, and nimble human flexibility is what will help Mercedes shorten the build time for an S-Class to 30 hours.

Robots aren’t going away; the future is for closer collaboration between humans and smaller, more agile automatons. The IFR says in excess of 1.3 million additional robots will join the ‘workforce’ over the next two years—a number of them being the downsized, flexible robots Mercedes plans to equip its factory workers with. BMW, Audi, and Toyota have also been experimenting with robot-human matrix; the latter says that certain manpower deployments result in less waste.

Mercedes calls this forthcoming integration “robot farming,” a perfectly disquieting phrase that we hope is simply a bad translation. The good news is that we’ve found a way to delay the robot apocalypse: "Curate" absolutely everything, right down to our shoelaces.