Check Out the Mythical Mercedes-Benz S600 Royale from Every Angle

Who made it? Who owns it? So many questions, so few answers. 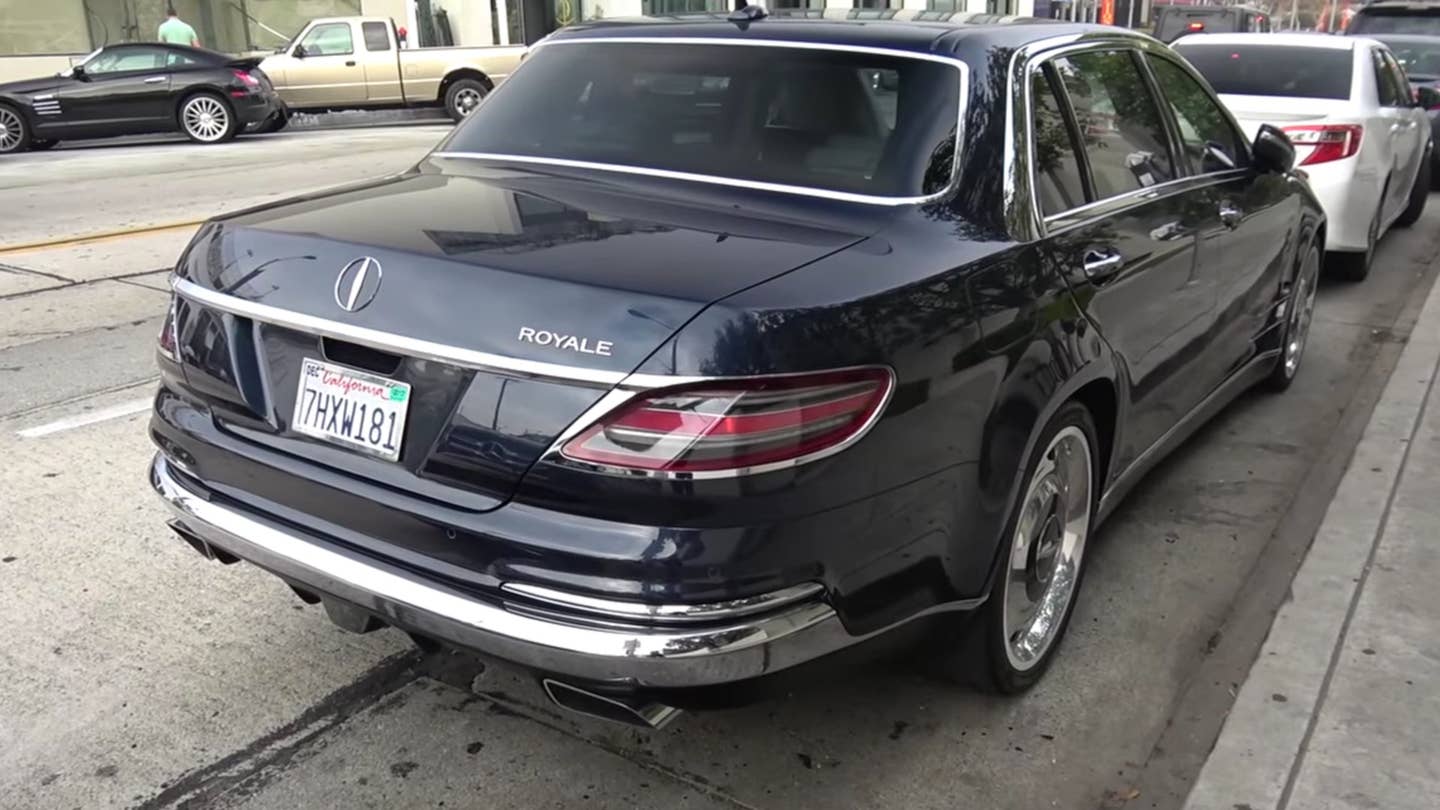 The Mercedes-Maybach S600 more or less sets the standard for what to be expected from a ultra-luxurious executive sedan—but apparently, even the new Maybach isn't not enough for someone. Someone is roaming around with what appears to be a mysterious custom Mercedes-Benz S-Class of sorts reportedly dubbed the "S600 Royale."

The video, uploaded to the YouTube channel "effspot" on Sunday, shows the car sitting idly on a street. No one is around to bother it, no one is there to question its existence—well, except for the fellow who's recording the clip.

The S600 Royale seems to have been designed with the vintage fintail Mercedes-Benz S-Class in mind—think the W111 and W112 generations. Just, uh, with the addition of some headlights borrowed from the former Mercedes-Benz halo car, the SLS AMG. But unlike that gullwing sports car, this S600 is seriously square. Just look at that boxy hood and that incredibly square trunk.

Also, we can't ignore that interesting (and probably fake) radiator cap at the front of the grille, or those massive dished chrome wheels. Interesting choices there. But from what we can see of the interior, everything seems to be identical to a normal S-Class.

Interestingly enough, this isn't the first time this car has reared its head. From what we can tell, this appears to be the same car that we saw December 2015 featured in a video on Autojunk.nl. It's unclear who owns it, or even who made it—but whether you dig it or not, it's cool to see that whoever is the caretaker of this car, actually brings it out in the open every once in awhile.