Despite tunnels and pedestrians, the friendly robot bus made the journey without a hitch. 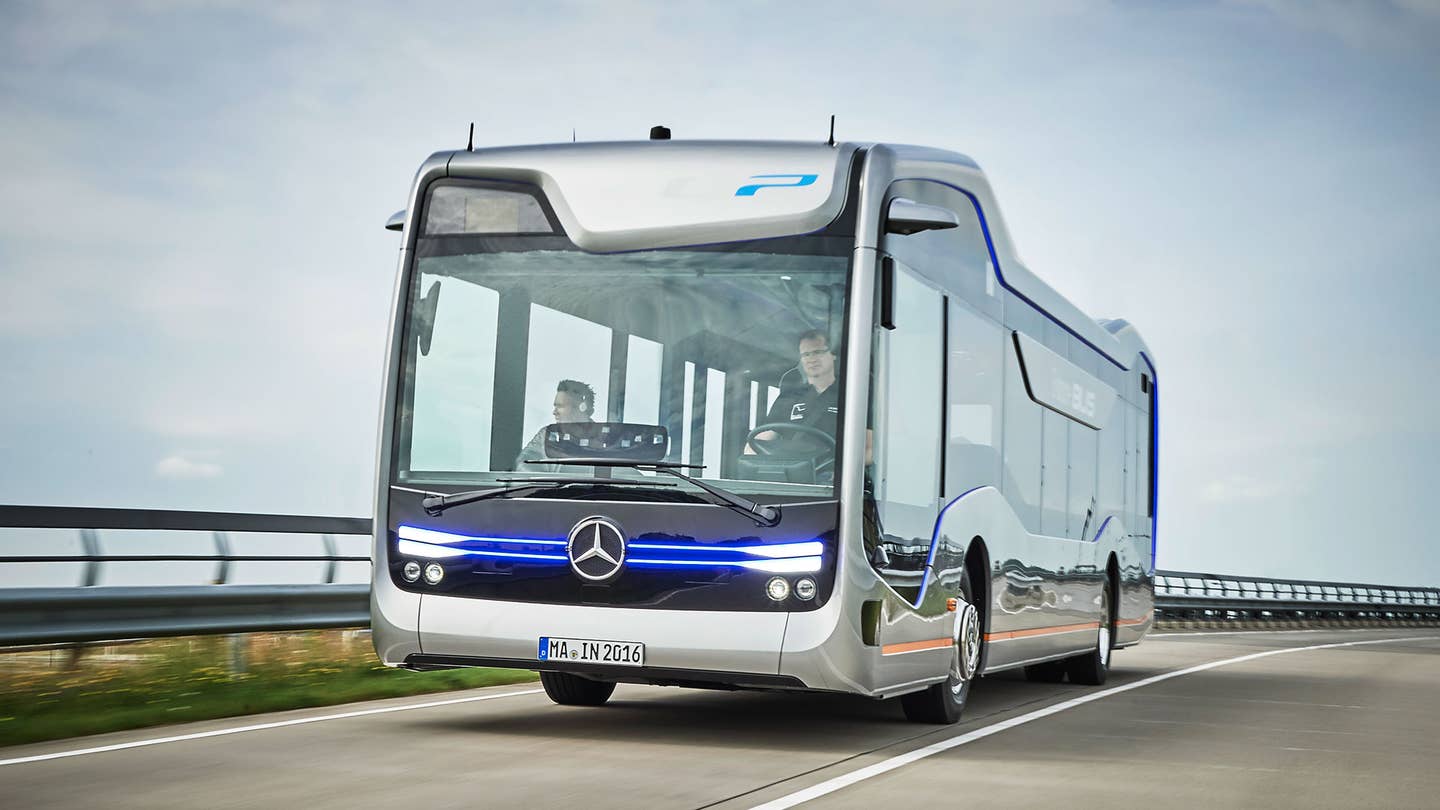 It may sound boring at first: a bus in the Netherlands recently drove from Schipol Airport to the town of Haarlem. Except, of course, this was no ordinary bus; otherwise, The Drive wouldn't be writing about it. This Dutch bus was an experimental, autonomous Mercedes-Benz future bus prototype that made the difficult 20-kilometer journey without human input. The future is here—and Big Data is at the helm.

This new, near-autonomous Mercedes, the Mercedes-Benz Future Bus with CityPilot, uses technology based on the Mercedes-Benz Actros tractor-trailer with HighwayPilot. Of course, several changes were made to suit the urban environment. The Future Bus can read and communicate with traffic lights, and has less trouble dealing with turns, curves, and corners, as well as tunnels and bridges. It also beats the older Actros by being better suited to recognize a variety of obstacles (including pedestrians). Lastly, since these autonomous city buses will be carting people, not cargo, Mercedes worked to program the Future Bus with a driving style that yielded a smooth, predictable ride. You know, unlike every city bus ride anyone has ever taken.

Mercedes-Benz didn't skimp on the appropriate accoutrements, either. The interior of the 40-odd-foot-long bus is done up in a fittingly futuristic style. Rather than theater-style seating, the open inside has three different sections for various types of passengers, all lit softly with violet LEDs. It’s equal parts S-Class and Virgin Atlantic.

The 20-kilometer, or 12-mile, drive this futuristic bus undertook was no small feat. The route features every troublesome feature a city drive could—curves, pedestrians, trees, traffic lights, roundabouts—many of which confound lesser systems. But the Future Bus handled it with style and grace. Mercedes says the bus's autonomous driving system is so good, a driver need only take the wheel now and again in order to comply with local or national traffic laws.

Though the Future Bus is based on Mercedes’ existing Citaro design, the company says the prototype is nothing but a technical demonstration ahead of the bus’s exhibit at the IAA Commercial Vehicles Show in Germany. While we welcome our new Robot Bus overlords, they won't be touching down for at least a decade to come.