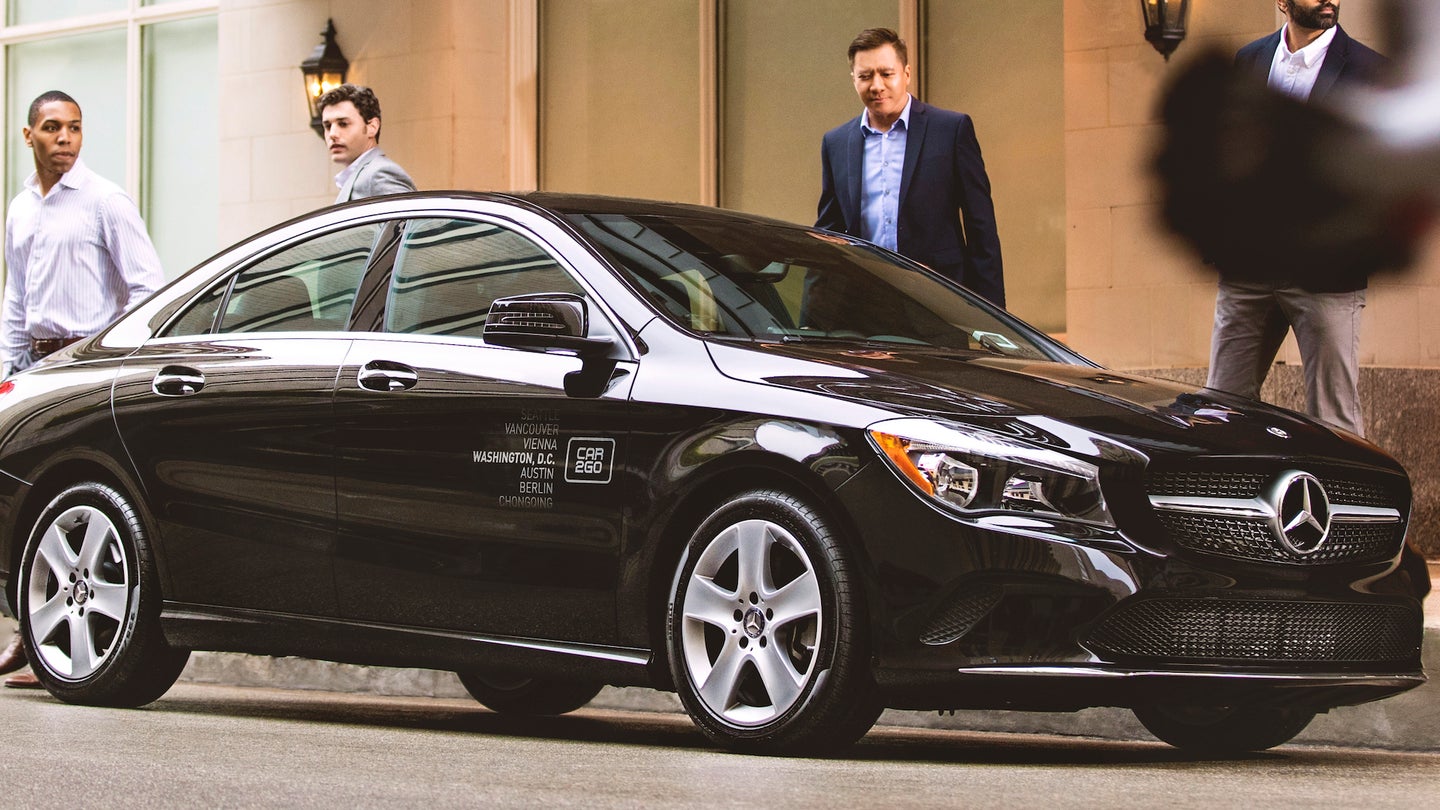 Daimler's car-sharing brand, Car2Go, announced Monday it will add two Mercedes-Benz models to its fleet of microscopic Smart cars for its members to drive carelessly.

The car-sharing brand is bringing new Mercedes-Benz CLA sedans and GLA crossovers to its fleets, and hopes to have them outnumber the Smart cars by the end of 2017. The cars will first come to Austin, Seattle, Toronto, Portland, Vancouver, and Washington, D.C. The group hopes that the growth in model choice will make their services more appealing to those who need more than what a two-door minicar can offer.

“Car2Go is already the most popular car-sharing service in the world,” said Daimler CEO Dieter Zetsche. “Now it will be even more attractive to small groups of friends and families who want to conveniently travel around cities in style, safety, and comfort.”

Car2Go will be using entry trim level CLAs and GLAs for its expansion—sorry, no AMGs here—but, users will have the ability to choose cars of different colors. The Mercedes-Benzes will be available in black, white, and silver—unlike the Smarts, which come solely in blue-on-white-liveries.

“Our 2017 CLA and GLA vehicles have proven to be extremely popular with American and Canadian drivers,” said Mercedes-Benz CEO Dietmar Exler. “We are offering these outstanding new vehicles to Car2Go’s North American members, who will now have exclusive carsharing access to Mercedes-Benz vehicles."

Is Daimler trying to get back at BMW following its ReachNow expansion?

Following its launch in 2008, Car2Go has bumped around the car-sharing industry, nudging shoulders with the likes of BMW's ReachNow, Maven by General Motors, and Zipcar. In November, BMW announced that its service would be seeing serious expansion in America. It's possible that this move by Daimler is an attempt to boost its car-sharing brand's status in the wake of ReachNow's growth, but we'll have to see how well the two German brands duke it out to know for sure.