Mercedes-Benz May Have Trademarked a Name For Its Electric Vehicles

Think of it as Mercedes’s version of BMW’s “i” and Audi’s “e-tron.” 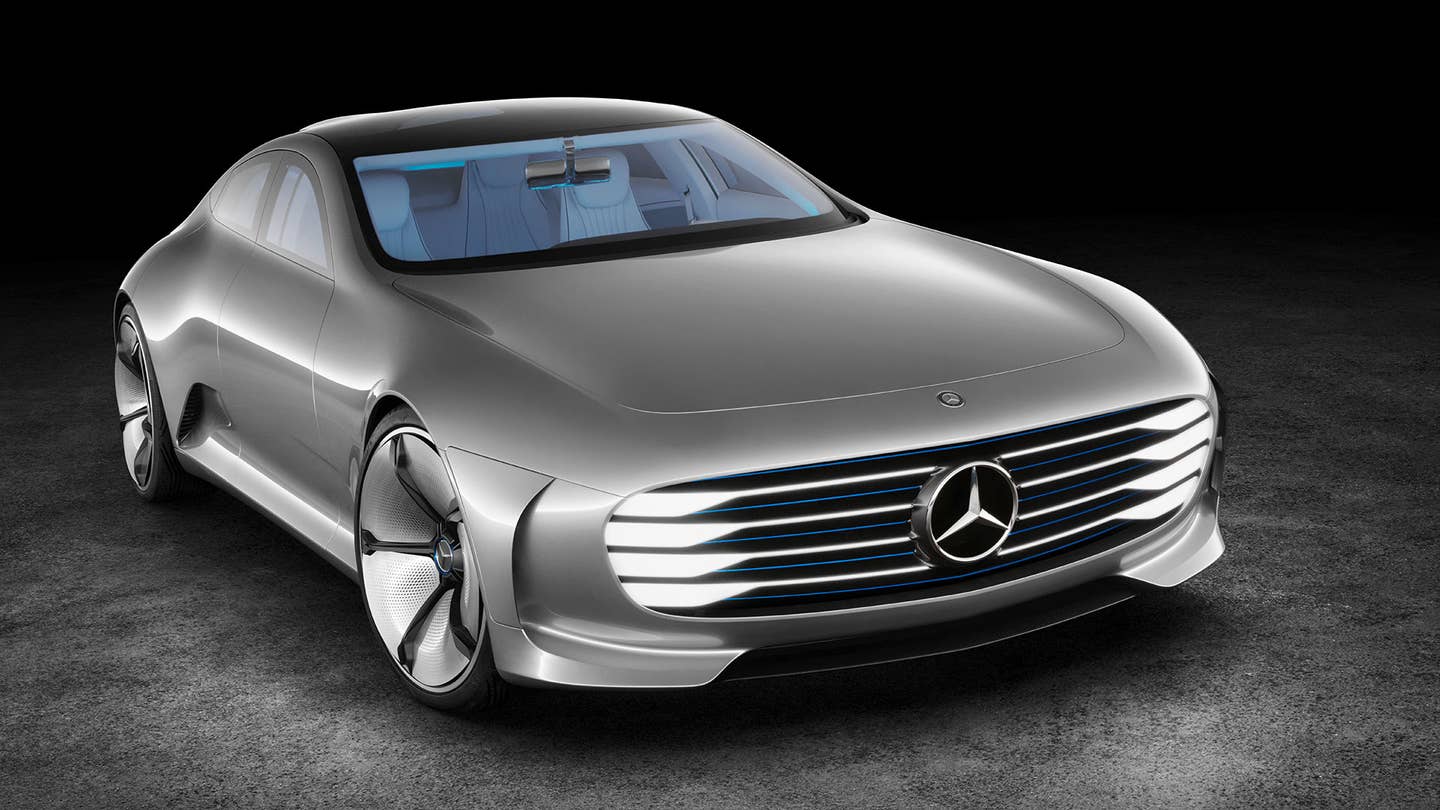 In preparing for the launch of a sub-brand of electric vehicle reportedly called MEQ, akin to BMW’s “i” line, Mercedes-Benz has applied to trademark every three-letter combination between EQA and EQX. (For unknown reasons, "Y" and "Z" were omitted.)

Like the “GL” in Mercedes’ truck line, the first letters will likely denote body style-slash-propulsion source, while the last marks the car’s size and relative grandeur. For example, the GLA is an entry-level crossover, so an EQA might be a compact EV; the GLS is Mercedes’s S-Class on stilts, so an EQS should be a large, luxurious electric beast.

According to Auto Express, Mercedes is expected to debut the first model under its MEQ sub-brand at the Paris auto show. Rumors are that the electric Mercedes will be either a direct competitor to the Tesla Model S, a sedan, or a sporty crossover like the Tesla Model X. Either way, expect a range of around 300 miles from the environmentally-friendly luxury car.

Currently, Mercedes sells two EVs: the Smart ForTwo Electric Drive and the Mercedes-Benz B250e, based on the Mercedes B-Class that is otherwise unavailable available in the American market. With the new MEQ brand, however, Mercedes is likely to build stand-alone models—much like BMW's i8 and i3—rather than retrofitting standard cars with batteries and electric motors. Expect more radically-streamlined shapes, active louvers, and, most likely, some truly futuristic wheels.

While the brand has long been associated with diesel engines as a route to efficiency—in 1926, Mercedes debuted the 260 D, the world’s first diesel production car—perception of the fuel in the U.S. has always skewed negative. Combine that with the fallout from Volkswagen’s still-unfolding emissions-cheating scandal, and it seems likely Mercedes, like much of the automotive world, sees electric vehicles almost exclusively as the future of motoring.