Possibly the only thing Mercedes-Benz takes more seriously than its Formula 1 team is its transformation into an electric carmaker. Though it only has two electric models on sale today, the EQC crossover and EQV van, Mercedes aims to leapfrog the companies that beat it into the EV space, namely Tesla, by expanding its "EQ" EV lineup exponentially in the next two years, with the launch of six more models, two of which will be built in the United States.

As announced by Daimler on Monday morning, Mercedes-Benz's Tuscaloosa, Alabama plant will produce "SUV variants" of the electric EQE and EQS sedans—presumably high-riding, coupe-over style takes on each vehicle. Both models will enter production in 2022, and will be assembled using batteries manufactured onsite.

Each of the sedans on which these SUVs will be based enter production in 2021, with the first EQS rolling off the line in the first half of next year, and the initial EQEs, the second. The former will be built exclusively in Germany, while the latter will be built in both Bremen and Beijing, where Mercedes will also produce the EQA and EQB crossovers. Of all these new models, the EQA break cover soonest, production already underway in advance of its January 20 reveal.

Mercedes also plans electric versions of longtime standbys the Sprinter van and Geländewagen SUV, or G-Wagen for short. These, however, will reach the market on a longer timeline; the eSprinter reportedly doesn't arrive Stateside until 2023, and the EQG (as trademark filings suggest it'll be called) has no apparent ETA. With numerous electric off-roaders on the way from rivals, though, many of them military-inspired like the historic G-Wagen, Mercedes doesn't have the luxury of time on its side. 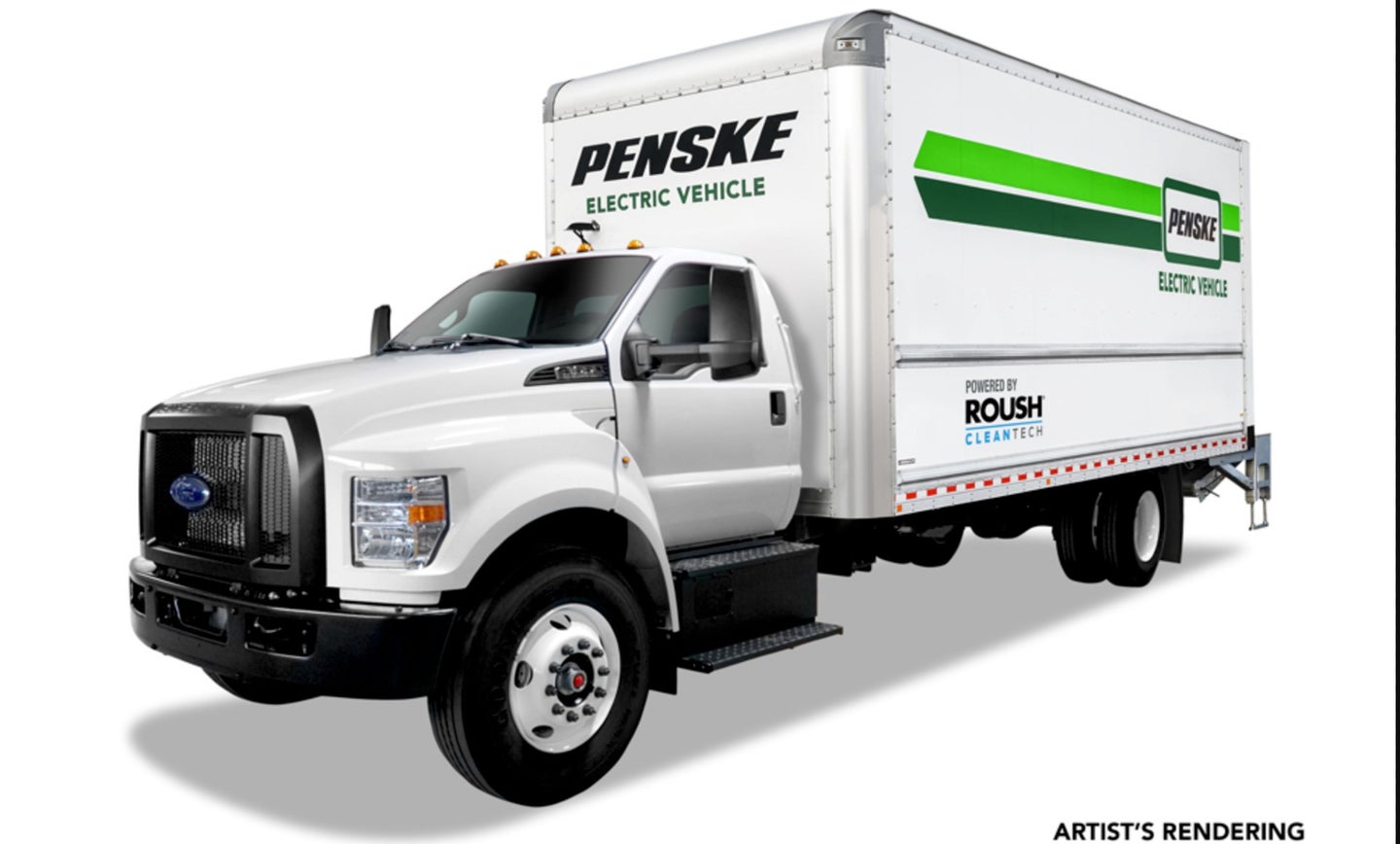 With a payload capacity of 8,500 pounds and a range of 100 miles, the truck is aimed at short-distance fleet operations. 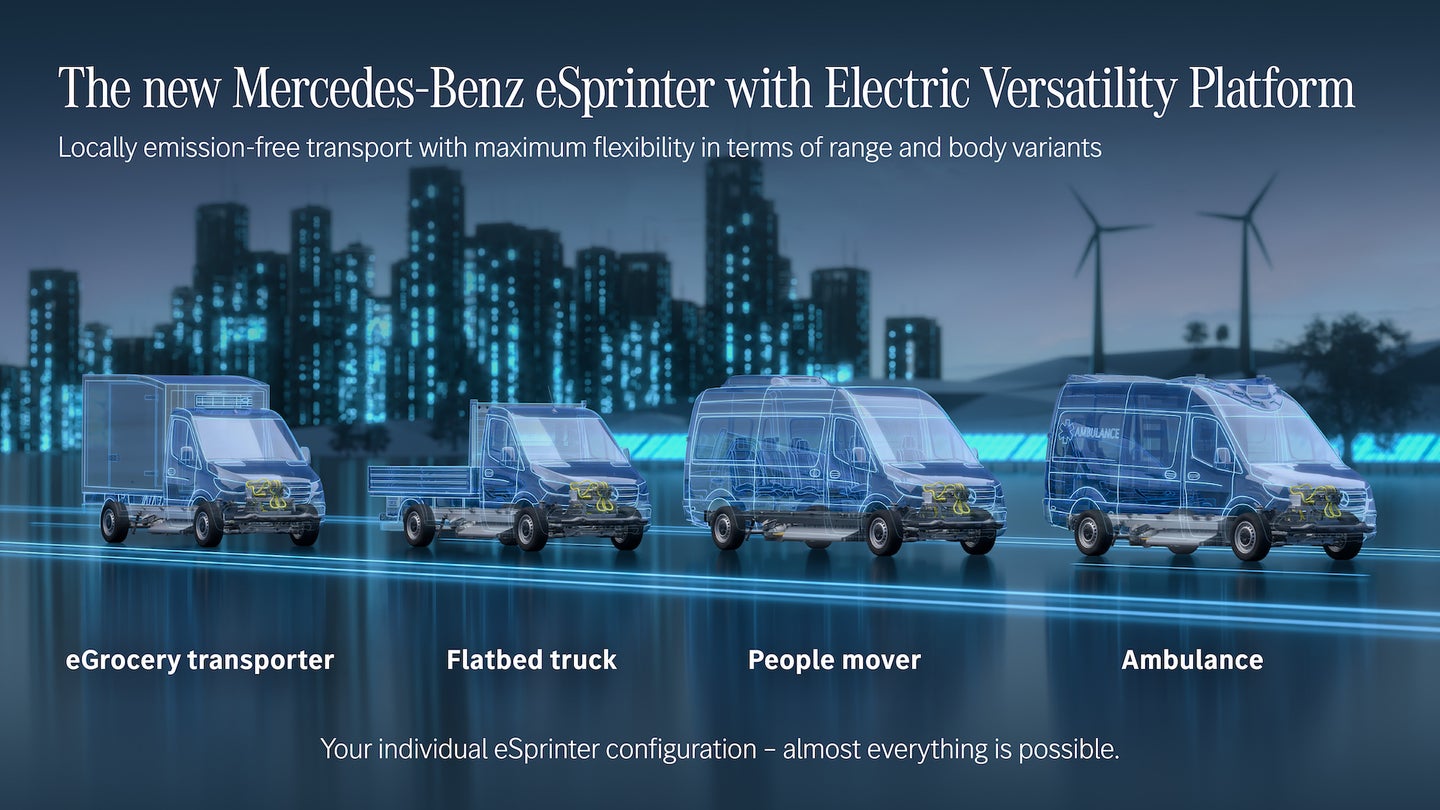 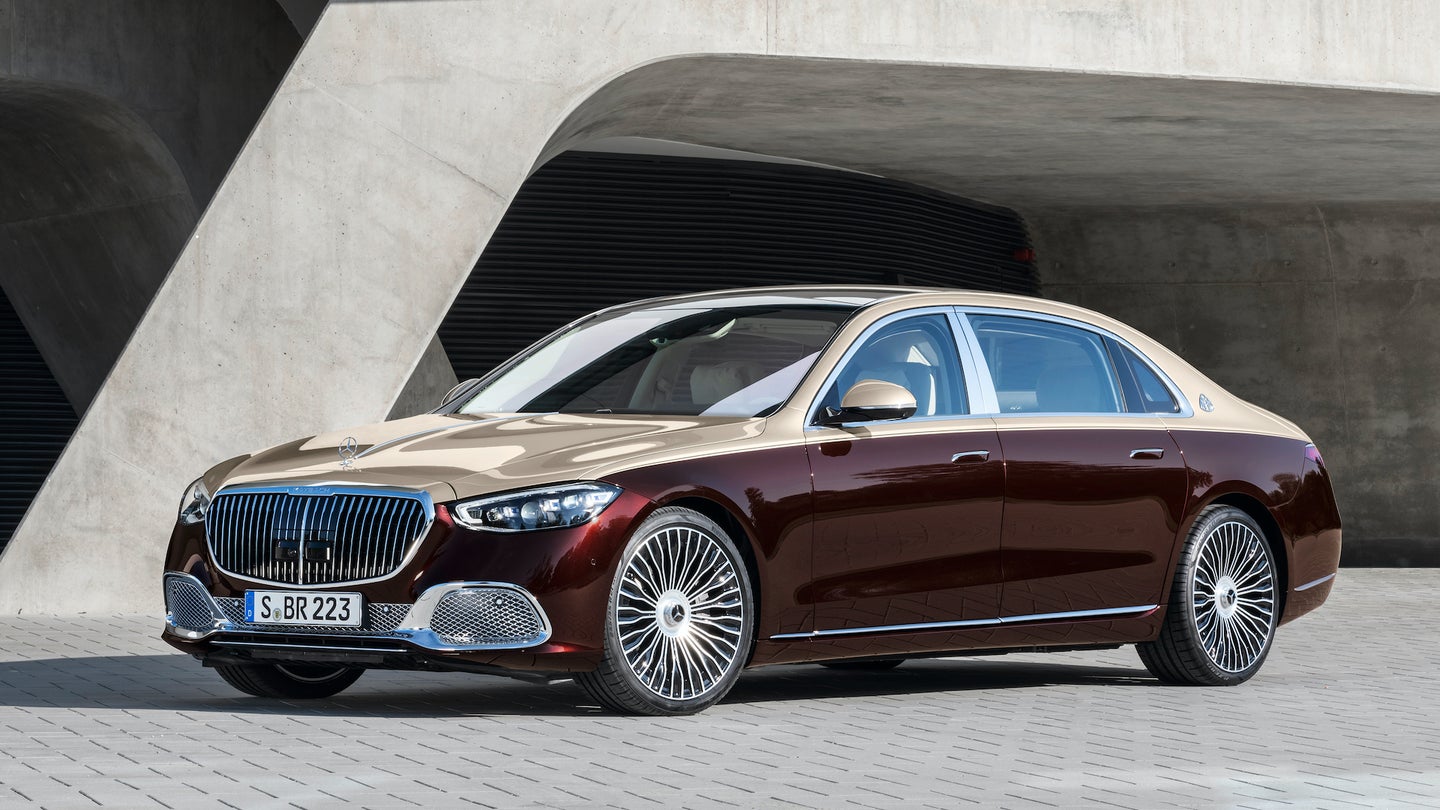