Mercedes-Benz Could Drop Internal Combustion Cars Even Sooner Than Planned

2039 was the original target year for Mercedes going all-electric, but the company hints that it could come even sooner. 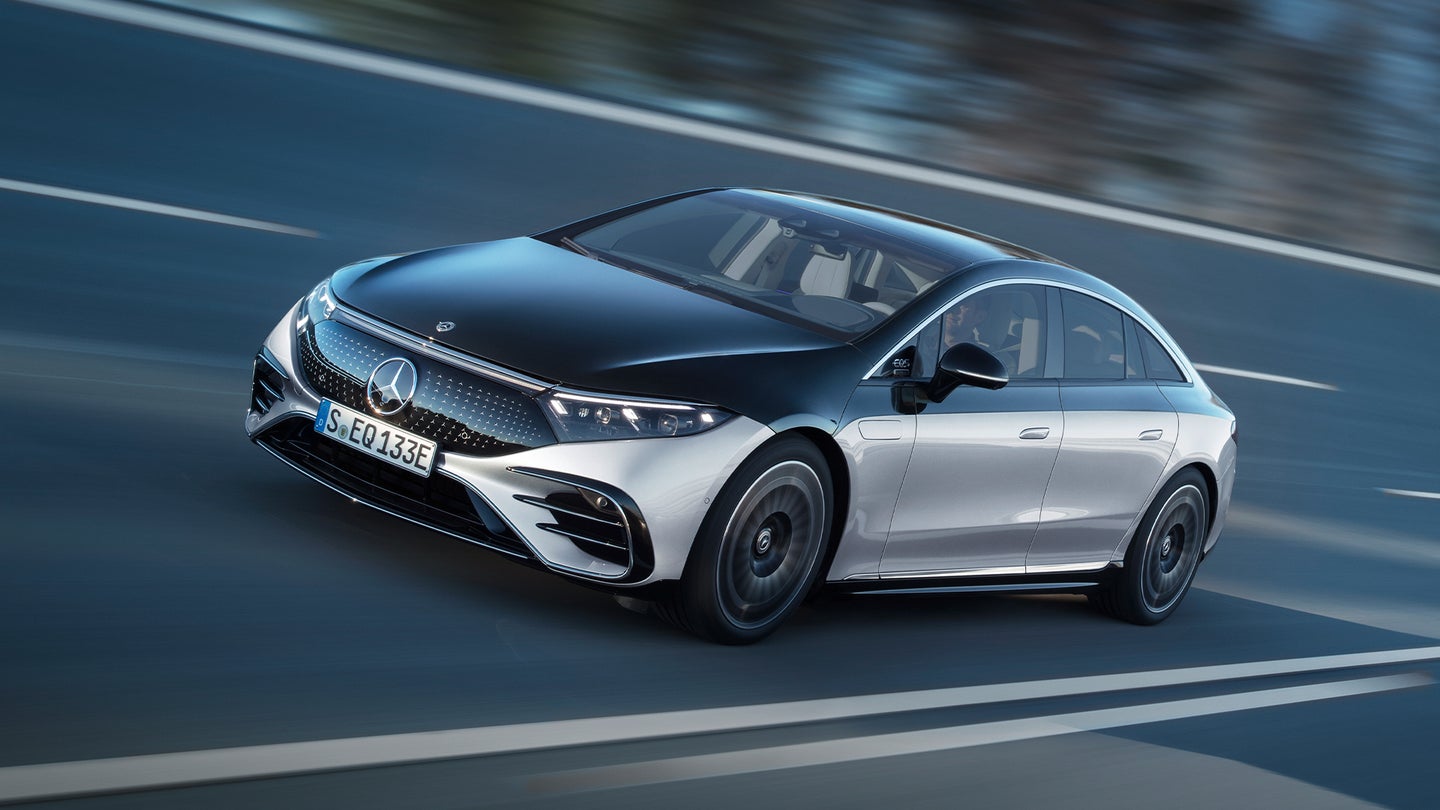 Mercedes-Benz originally set a target to phase out combustion by 2039 but according to a report in the Financial Times, that timeline could be moving ambitiously forward. Combined with Mercedes' previously announced goals for electrification, it looks like the German marque is pushing ahead a seriously quick program centered around its EQ brand.

The FT quoted Ola Källenius, the brand's chairman of the board of management, as saying that the move away from combustion was "going to be faster, and probably that 2039 scenario is the most conservative scenario that we are looking at in the different plans we are discussing." Källenius said that although the company absolutely intended to "pick up speed" with plans to phase out combustion, it would also have to consider the risk of losing jobs, given "everybody knows it takes more labor hours to assemble and build a combustion-based powertrain compared to an electric powertrain."

When Mercedes announced its EQS sedan with impressive mileage and regen earlier this year, part of the extensive product release dived into the company's other plans for electrification. Christoph Starzynski, Mercedes' vice president of electric vehicle architecture, said, "We also have ambitious goals: by as early as 2030, the company wants more than half the cars it sells to feature electric powertrains—this includes all-electric vehicles and plug-in hybrids. And the list is far from complete: with the EQE business sedan and the SUV variants of the EQS and EQE, further models based on the new architecture will follow soon."

That's the EVA platform (calm down, Shinji, it's the straightforward Electric Vehicle Architecture) that underpins the EQS. It's Merc's luxury build for the first phase of electrification. Starzynski continued, "This new architecture is scalable in every respect and can be used across models. The wheelbase and track as well as all other system components, especially the batteries, are variable thanks to the modular design. This vehicle architecture makes Mercedes electric cars from sedans to large SUVs possible in the luxury segment."

Which, given Mercedes has filed a whole alphabet of patents for the EQ brand, is just as well. It's clearly intending to roll out a lot of these, starting in that luxury area. But replacing cheap combustion with expensive battery vehicles doesn't make sense and especially not if the idea is to bring forward 2039's gasoline cutoff.

Mercedes' next phase will be in 2025 when its reasonably priced electric platform will roll out. "Our engineers are currently working on another electric vehicle platform, the Mercedes-Benz Modular Architecture (MMA) for vehicles in the compact and mid-size segments," Starzynski said. "In 2025, the first MMA-based models will arrive and complete our electric vehicle portfolio."