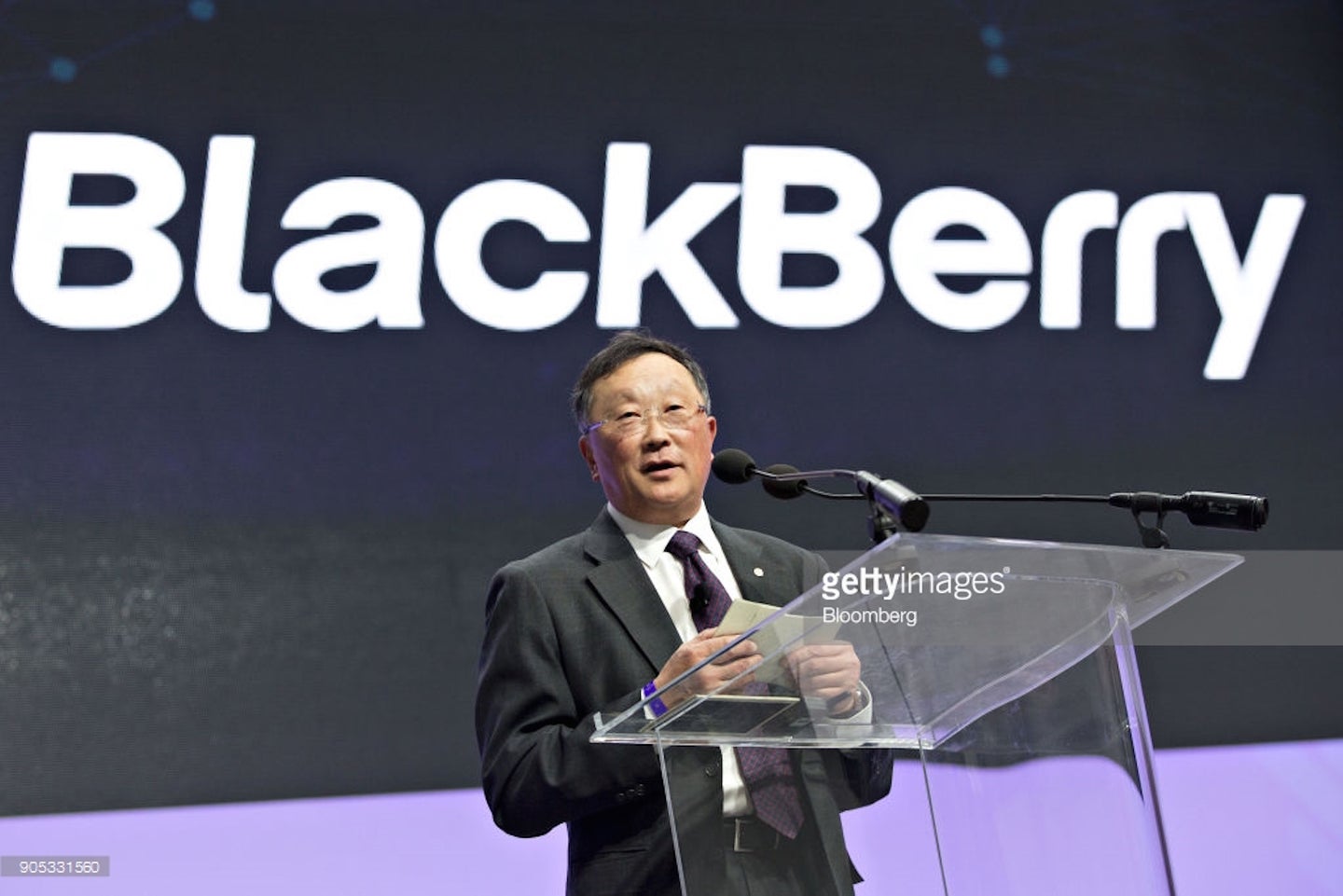 Blackberry CEO John Chen spoke at the North American International Auto Show Monday at the Cobo Center in Detroit, discussing the future of the cell phone company, which will focus on software for cars.

Chen, 62, came to Blackberry in 2013 after running billion-dollar data management company, Sybase.  At the beginning of his helm, Chen established a clear mission—to create “vertical applications” rather than mobile devices.

At the beginning of the talk, Chen introduced Navdeep Bains, a Canadian politician and minister of innovation, science, and economic development. Bains spoke about recent initiatives he developed which will help Canadians obtain coding and STEM skills, particularly in the automotive sector.

Chen then took over, explaining that these programs will provide participants with the skills to work for Blackberry.  Blackberry’s current plan, Chen said, is to create secure software that encourages productivity and connectivity within the car industry.

Blackberry has partnerships with companies like Ford, Toyota, KIA, Volkswagen, Fiat, and Harley Davidson, most of which are participating in the auto show.

Next, Chen interviewed Ford CTO, Ken Washington, to discuss the partnership between the two companies. Washington said Ford plans to convert all of its vehicles to “smart vehicles,” and will have 700,000 connected cars on the road in 2019.

“We’re trying to think of ourselves much more as a software company,” Washington said.

Ford wants to become known for its high-profile infotainment systems and has added more than 500 Blackberry software engineers to its technology team.

The talk finished with a presentation by Dr. Sandeep Chennakeshu, Ph.D., Blackberry’s president of technology innovations. Chennakeshu provided an infographic-filled seven-minute demonstration of how Jarvis works.

Chen’s long-term goal for Blackberry is to revive the Blackberry, which went from dominating 20 percent of the mobile device market to .1 percent in 10 years. In 2014, Chen said he wanted to turn Blackberry into a “mobile solution company” rather than a company that sells technology. Between Blackberry’s new software and its extensive list of car company partnerships, it seems like Chen is headed in the right direction.

Chen's speech was a nod future for the car industry and an appropriate start to the world's premier, tech-focused auto show.

According to the site, the NAIAS will allow people to "see up-close the vehicles and technologies that will shape the future automotive landscape."

This is the G-Wagen’s biggest revision in years—and it’s going electric.