How To Be a ‘Real Biker’

Shadetree Surgeon shows us how to become a real biker in four easy steps. 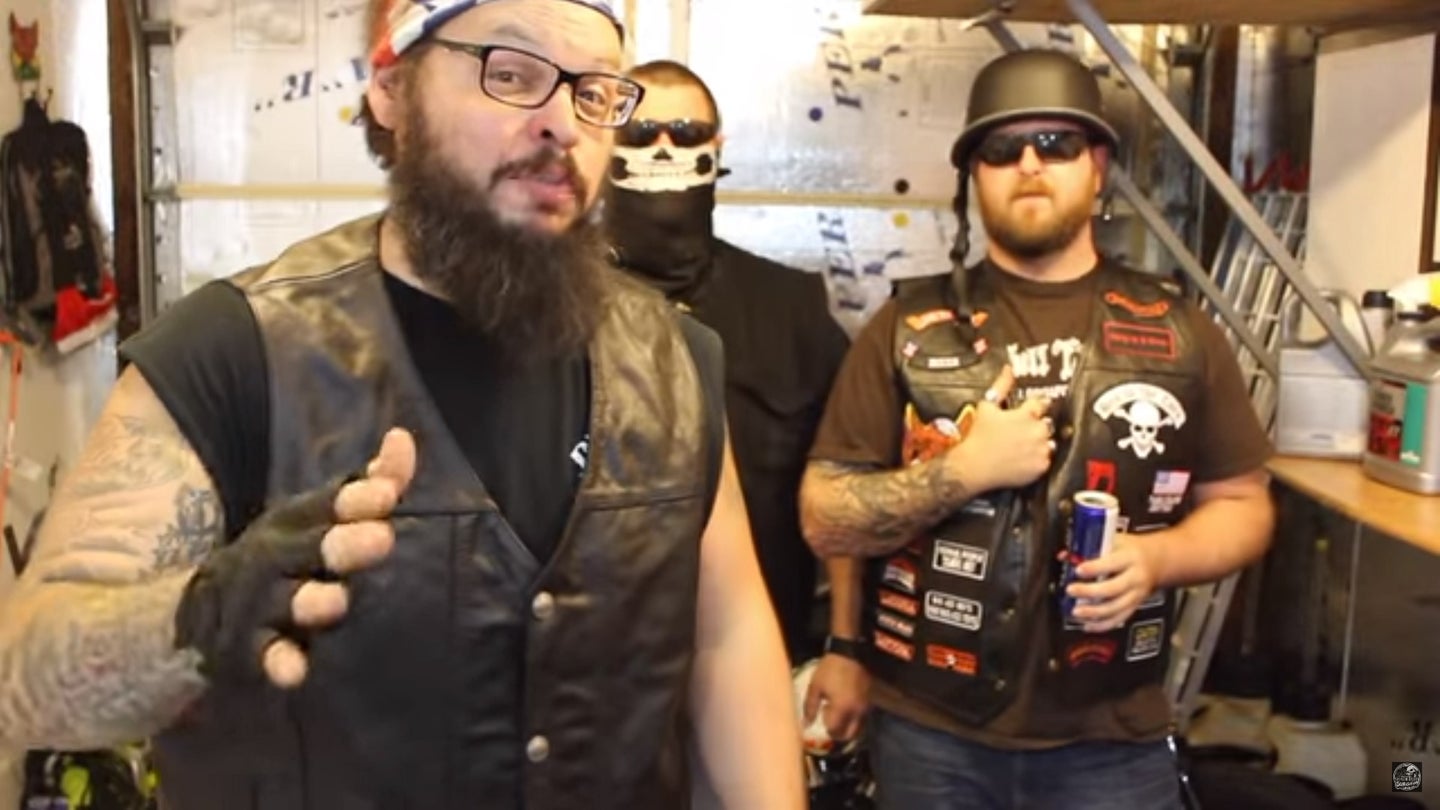 One of the most common questions motorcyclists get asked is how to get involved in riding motorcycles. YouTuber Shadetree Surgeon has put together a "helpful" video explainer that tells exactly how to become a real biker in just four easy steps. Helpful, as in how the cat "helps" you read the newspaper by sitting in the middle of it.

Step one is very simple. You have to ride the right motorcycle, and Shadetree Surgeon has just one word for you: Harley-Davidson Motorcycles. They're the loudest, they're the most expensive, and they're made right here in the USA. Sportsters don't count—you want a real Harley. And forget the so-called "metric cruiser" communist bikes. "Better dead than red!"

Step two according to Shadetree? Never, ever, wear a helmet. The point of riding a motorcycle is to maximize your freedom, so "never incarcerate your head in one of those plastic prisons." A real biker doesn't know the meaning of the word "severe frontal lobe contusion." If you're unfortunate enough to ride in a state with a helmet law, wear a helmet that provides as little protection as possible. That way, when you crash and die, you become a statistic proving that helmet laws don't work.

What you do want to wear is a leather vest with all the patches. It doesn't matter if you've been to the places or done the things the patches are for. You just want to look scary. And don't forget the rings. The more skulls the better, whether you've ever actually thrown a punch in anger or not. It'll be enough to fool the teenage waitress at Buffalo Wild Wings into thinking you're ready to tear the place apart.

And finally, never wave to anyone. The sole exception is other real bikers like you. We don't just hand things out to everyone the way the government does, right?

Whatever you do, do not take this video seriously. Shadetree Surgeon's tongue is so firmly implanted in his cheek it's amazing his face is still intact. He normally rides a Ducati, a KTM, and a Triumph Rocket 3 when it isn't in pieces in the shop (in other words, never). He and his friends have a wide variety of bikes, including Harleys but certainly not limited to them. This video merely pokes fun at Harley riders who actually think this way. Most Harley riders I've met aren't like this at all, but there are always a few...

Harley-Davidson is Suing Affliction Over Some Very Familiar Looking Imagery

One of America’s most iconic brands is showing its appreciation for our troops on Veteran’s Day.