Stupid and lucky, is there a more successful combination? 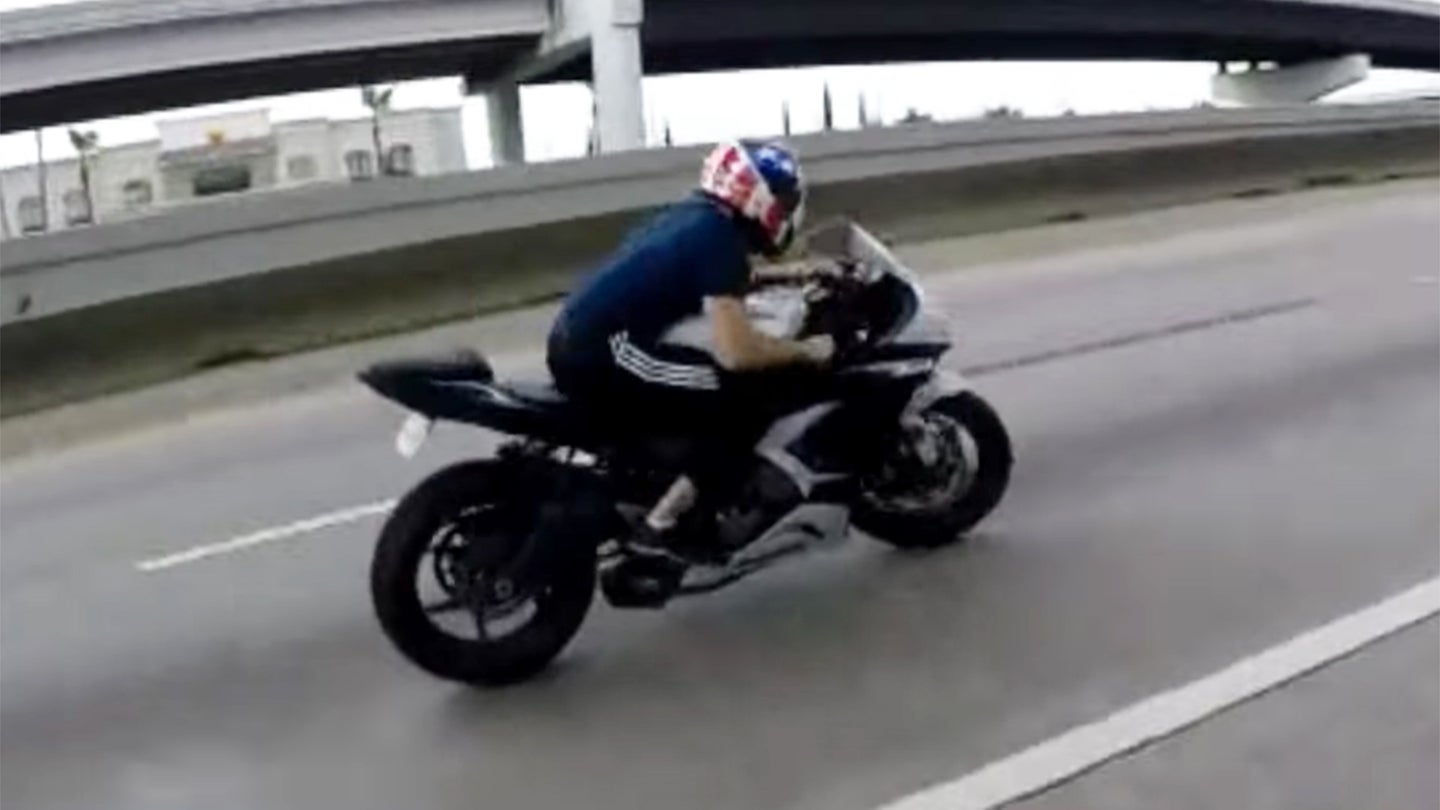 A motorcyclist in Texas is lucky to be alive after losing control of his sportbike while speeding through traffic at almost 130 mph and somehow managing to overcome the death wobbles to stay upright—and the dramatic save was captured on video by his riding partner's helmet camera.

Really, it's impossible to overstate just how lucky (and stupid) this man is. Setting aside the obvious danger of pulling a high-speed run like this on a public road in the middle of the day, he's dressed in a T-shirt, athletic pants, and sneakers. His sole piece of protective gear for riding a Kawasaki Ninja ZX-6R is a helmet. No jacket, no gloves, no pads. An accident at those speeds would have resulted in catastrophic injuries and a big mess for rescue workers.

And while there are plenty of visible dangers to motorcycle riding, the death wobbles—also known as speed wobbles or a tank slapper—are both less obvious and more serious than most. It's a sudden, violent oscillation of a bike's front wheel and handlebars caused by a few different mechanical and aerodynamic factors, but it's hard to recover from and often leads to a bad crash. How that didn't happen here, we honestly have no clue.

The video shows the bikers flying down the highway and preparing to zip through a patch of traffic. But as the cameraman glances over at his friend, you can see his motorcycle start to wobble; a second later, it's clear he's in serious trouble as he saws away at the handlebars and struggles to stay vertical at 125 mph.

For ten long seconds—covering well over 1000 feet at those speeds—he fights for control as his panicked friend watches helplessly. Against all odds, he's eventually able to reel it back in and pull over to collect himself and, hopefully, reflect on the fleeting nature of life.

Whatever the balance of luck and skill that went into whipping those wobbles, it's still an impressive save. That's the only commendable part about this whole video, though, which should be stamped with a big red DO NOT DO and shown as part of the motorcycle license test.

Watch a Motorcyclist Knock Out Two Guys Picking a Fight

Sometimes, taking out your aggression on someone’s pride and joy is a big mistake.

This must be the luckiest rider alive, simply because he is still alive.