Hudson once hit 298 mph on a partially streamlined, 1,000cc motorcycle. 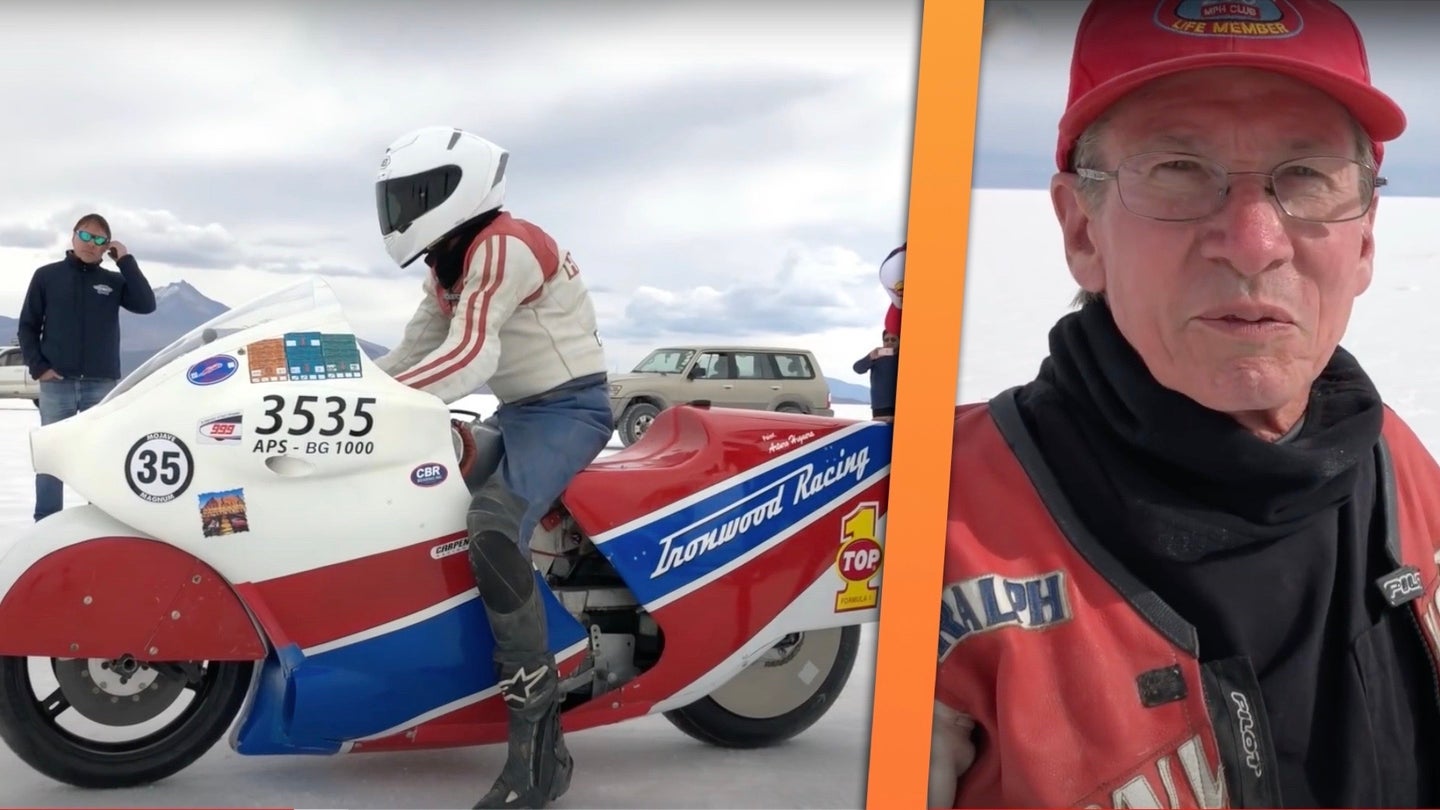 For all our efforts to make motor racing a safer sport, fatal accidents can and do still happen—especially on two wheels and when in pursuit of land speed records. Around this time last year, the world lost wrench, racer, and tv host Jessi Combs in a high-speed jet car crash, and this year, we've lost another intrepid soul: 69-year-old, land speed record-holding motorcycle racer Ralph Hudson.

Hudson was making a pass on the final morning of August's Bonneville Speed Week when a gust of wind reportedly destabilized his modified Suzuki GSX-R1000, sending him tumbling from the bike, according to Autoweek. According to the Southern California Timing Association, Hudson was flown by medical helicopter to Intermountain Medical Center in Salt Lake City, Utah, where he was said to be in critical condition. Despite fighting for his life for more than three weeks, the SCTA announced Monday afternoon that Hudson had sadly succumbed to his injuries.

"It is with a breaking heart I must inform our racing community that Ralph Hudson succumbed last night to the injuries he suffered at Bonneville on August 14," stated the SCTA on Facebook. "He was surrounded by his son David, myself and his best friend of 30 years, Linda."

The SCTA states that a memorial scholarship will be founded in Hudson's name, and that details on a celebration of his life are to come. At said celebration, it's likely those who knew Hudson will raise a toast to his FIM-acknowledged speed record for a 1,000cc, partially streamlined motorcycle, which he set at 297.97 mph with a two-way run in 2018. And like Carlin Dunne before him, Hudson wouldn't want his crash to deter others from donning the helmet themselves.

"Ralph would want everyone to stay strong and keep going fast," concluded the SCTA.