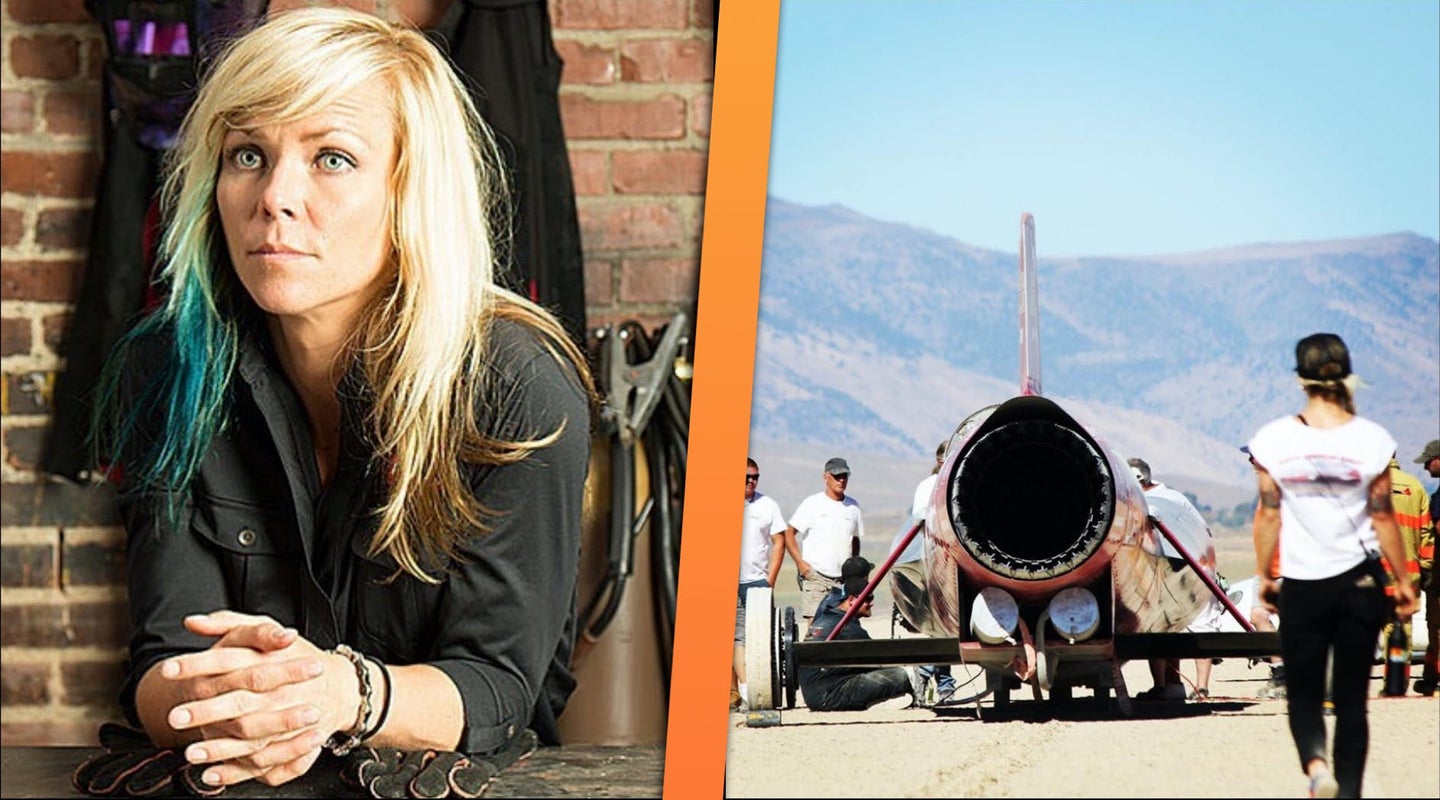 Last year, the automotive world was devastated to hear that TV personality and automotive daredevil Jessi Combs died while attempting to beat a land speed record. Today, a little good news come in the form of a posthumous acknowledgment from Guinness World Records. The speeds she achieved on that tragic day were submitted to the institution, which determined that she'd done enough to beat the record. Combs finally earned the title of "Fastest Woman on Earth" with a final speed of 522.783 miles per hour.

On Aug. 27, 2019, Combs made two runs in the 52,000-horsepower North American Eagle Supersonic Challenger, one at 515.346 mph and another at 548.432 mph. Her team submitted the average of those two runs, 531.889 to Guinness. It’s unclear how officials got to the figure that ultimately set the record, but it was more than enough to win her the title and give a little honor to the death of a star beloved by many. The previous record, 512 mph, was set back in 1976 by Kitty O’Neil.

Combs had made previous attempts at the title. Her most notable runs came in Oct. 2013, when she reached speeds of 398 mph and 483 mph in the same car before mechanical problems squashed her efforts. After a lengthy investigation, the local sheriff’s office determined that Combs’ wreck and death were due to her hitting an unknown object while at speed, which caused a failure of the car’s wheel assembly and a subsequent complete loss of control. Combs, who was well-known as a former host of TV shows such as Mythbusters, Overhaulin’, and All Girls Garage, was just 39 years old.