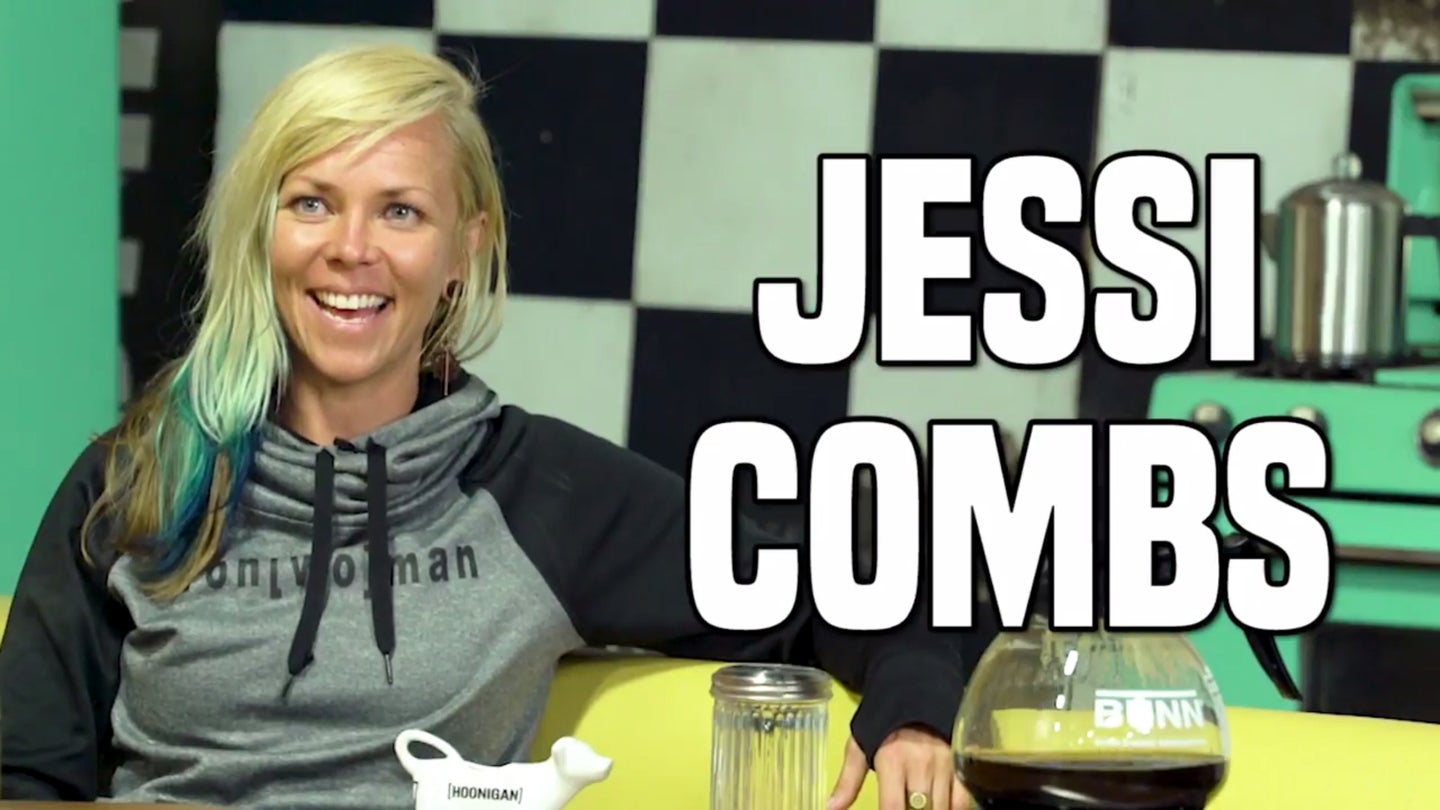 Jessi Combs is a metal fabricator, driver, and tv personality. You have probably seen her on one of the many shows she has been a part of including Extreme 4x4, Mythbusters, The List: 1001 Car Things to Do Before You Die, All Girls Garage, and Overhaulin'. Combs sat down with Hoonigan to chat about her life and career for this week's A BREW WITH episode.

When asked if she would rather build or drive, Combs said drive. She has done a lot of racing, mostly in her favorite form of racing desert racing including driving in King of the Hammers and the Baja 1000. This year she will be Ironwoman-ing the Baja 1000. Ironwoman (or Ironman) means she will be racing the whole Baja 1000 solo with no driver replacement. Previous A BREW WITH guest B.J. Baldwin has Ironman'd the Baja 1000 and his advice to her was "Finish first, die later".

According to Combs, her family claims she got all of this drive to be into cars from her grandmother who raced cars. Her grandmother was even the model for Goodrich Tires before they became BFGoodrich. Beyond desert racing she is the fastest woman on four wheels. With all this racing and breaking land speed records always comes danger. In the video, Combs claimed her sketchiest moment was back in 2016 when she was racing the North American Eagle in southeast Oregon. She was going around 477 miles per hour and the car began going left. She hit her high speed parachute and it failed, she then hit her low speed parachute and it failed as well.

That was not her only brush with death. With all her working on cars her worst injury was on the set of Extreme 4x4 when a 550 pound bandsaw fell on her. It forced her head to her knees and pancaked her spine - Ouch.

To get more of the details on her career, her dream build, and her favorite Myth she busted check out Hoonigans video below.