Happy birthday to the man who’s raced it all—from rally machines to sports cars, Le Mans, and even Formula 1. 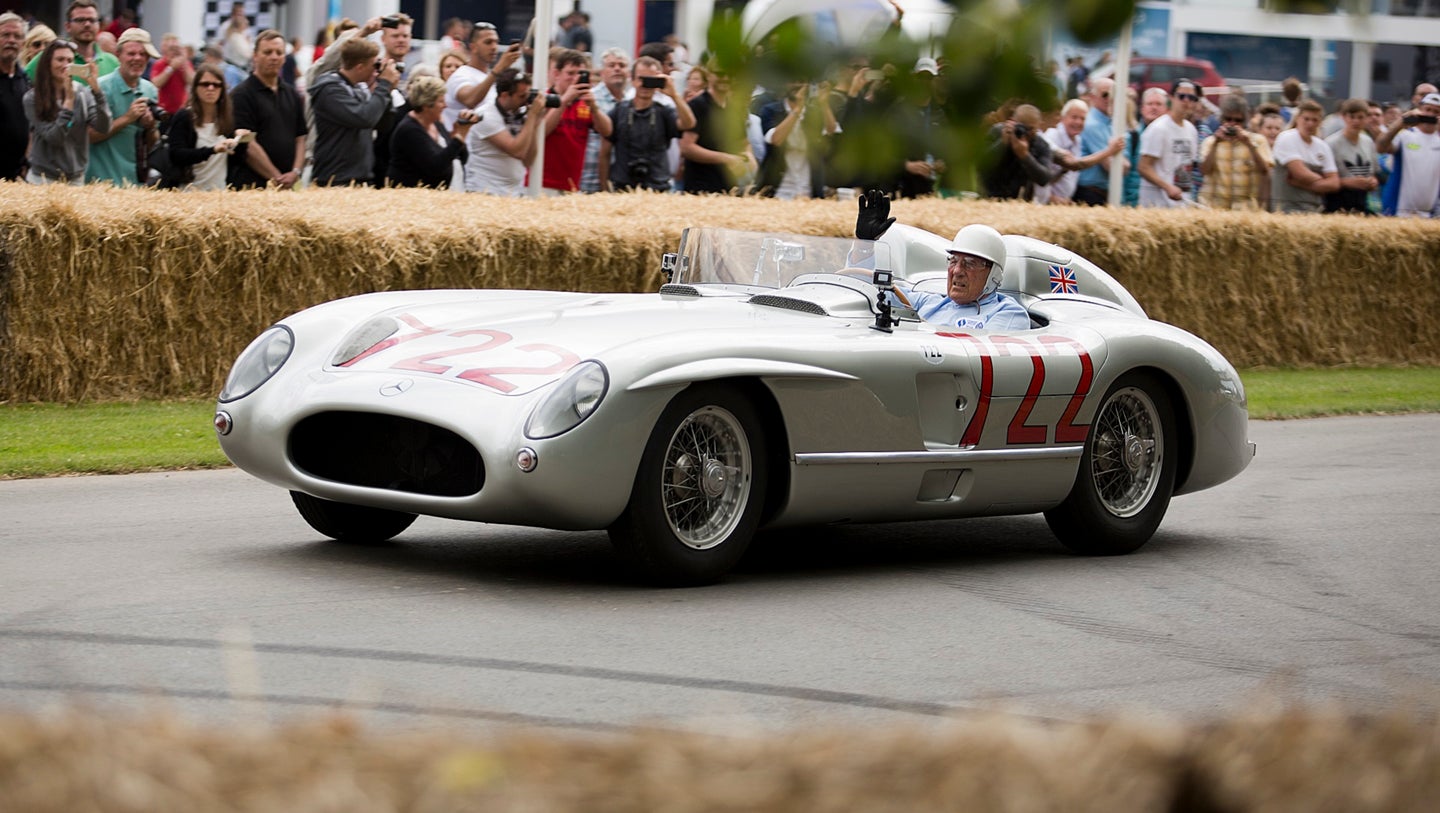 The British national is considered one of the greatest racing drivers ever due to his success across multiple disciplines of racing during his 14-year racing career, which spanned from 1948 to 1962. Getting his start in horse racing, Moss defied his father's wish that he become a dentist, and instead used winnings from his horseback performance to purchase a 500cc Cooper in which he won the British Formula 3's 500cc class.

In 1950, Moss earned his first international race win at the RAC Tourist Trophy in Northern Ireland behind the wheel of a Jaguar XK120. It would be just one of 212 race wins across 529 races in his career, which encompassed everything from speed trials to rally, endurance racing, and even Formula 1. Thanks to his 16 Grand Prix wins across seven consecutive seasons, a period in which he never finished a season below third in the points standings, Moss is regarded as the greatest F1 driver never to win a world championship.

Sir Stirling’s other successes include victories (and heroic near-victories) at almost countless regional events, plus esteemed international races. He won overall at the Mille Miglia and Sebring (becoming the first non-American to do so), and scored runner-up finishes at the Monte Carlo Rally and Le Mans, winning his class in the latter.

He likely would've continued to race had it not been for a crash in 1962 that sent him into a coma, and temporarily paralyzed half of his body. His racing form never fully recovered, and Sir Stirling retired from full-time racing, making occasional appearances until 2011 when he called it quits on racing altogether at the age of 81. Declining health has since forced Sir Stirling to discontinue making public appearances, though public figure or not, we imagine Sir Stirling's 90th birthday celebration will be a special one.

Happy 90th, Sir Stirling, and cheers to at least another 10 more years.