Combs was piloting a 52,000-horsepower, jet-propelled machine through Oregon's Alvord Desert when she suffered a fatal crash Tuesday afternoon. 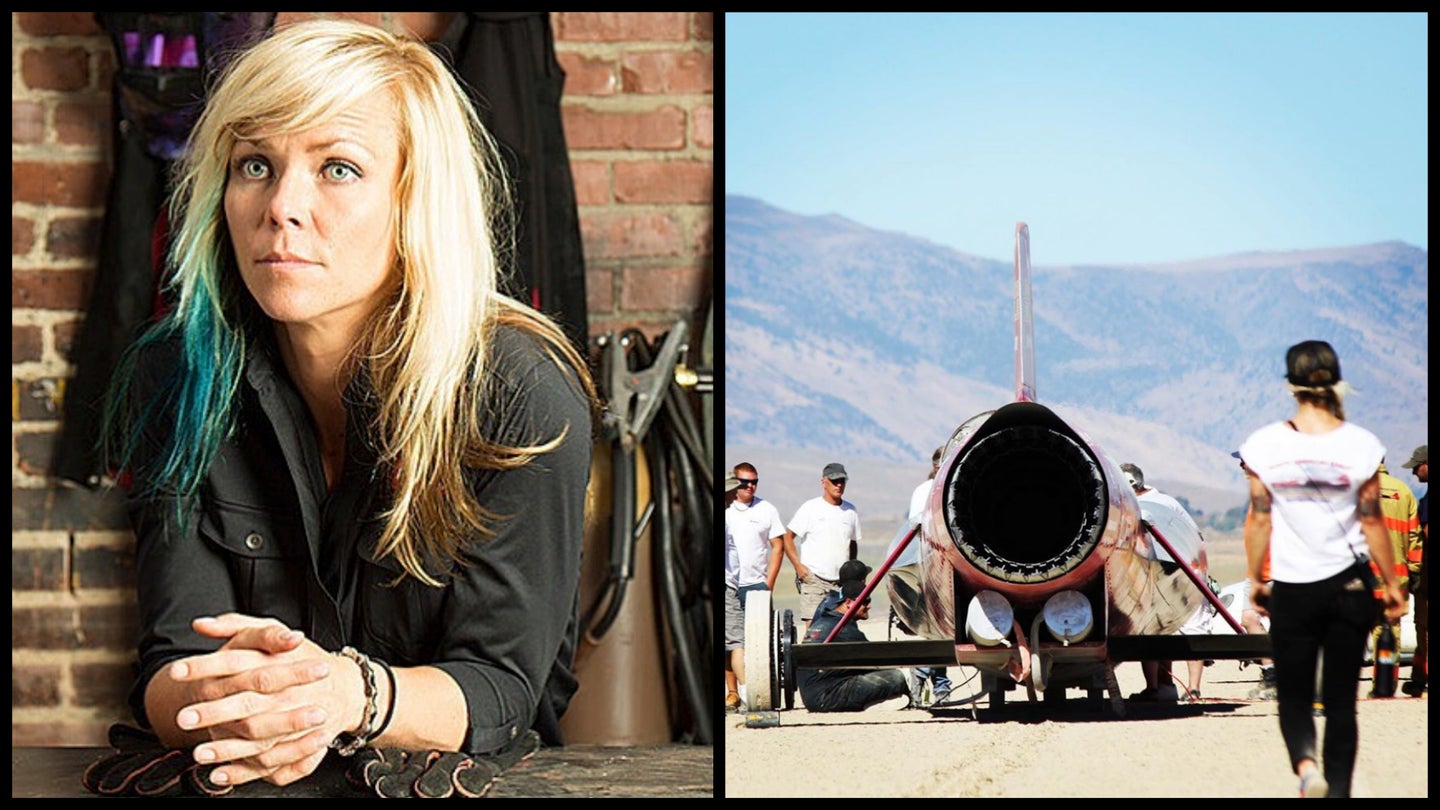 Television personality Jessi Combs was killed in a crash Tuesday while attempting to break her own land speed record in a 52,000-horsepower, jet-powered vehicle.

Combs was driving the North American Eagle Supersonic Speed Challenger, a purpose-built racer that's essentially an F-104 aircraft with wheels. She had previously earned the title of "Fastest Woman on Four Wheels" in 2016, piloting the 106-foot-long vehicle to 440 miles per hour, then besting that speed with a 483.227-mph "shakedown run" last year that was cut short by a mechanical failure.

Combs, a former host of MythBusters, was part of a dedicated crew running at the Alvord Desert dry lake bed in southern Oregon. The North American Eagle team has said it aims to break the current land-speed record of 763 mph, set by the UK-based Thrust SSC team at the Black Rock dry lake bed in Nevada in 1997.

Local news outlets report the incident was phoned in to 911 around 4 p.m. on Tuesday.

Combs—who notably appeared on TV programs such as Overhaulin' and All Girls Garage—tweeted last Saturday she would soon be making the land-speed attempt.

Terry Madden, team member and personal friend of Combs, shared the news of her passing on Instagram Wednesday morning.

Combs carried a variety of titles, several of which she earned from the world of racing, in addition to being an avid proponent for women in skilled trades and largely male-dominated industries. She took part in the famous Baja 1000 off-road race and was the first female to compete in the hardcore King of Hammers event, eventually placing first in her class in 2016, for which she was named "Queen of Hammers."

The Drive will update this article with new information as it becomes available.