How many times have we heard “GTI-killer” before? SEAT thinks this is the last. 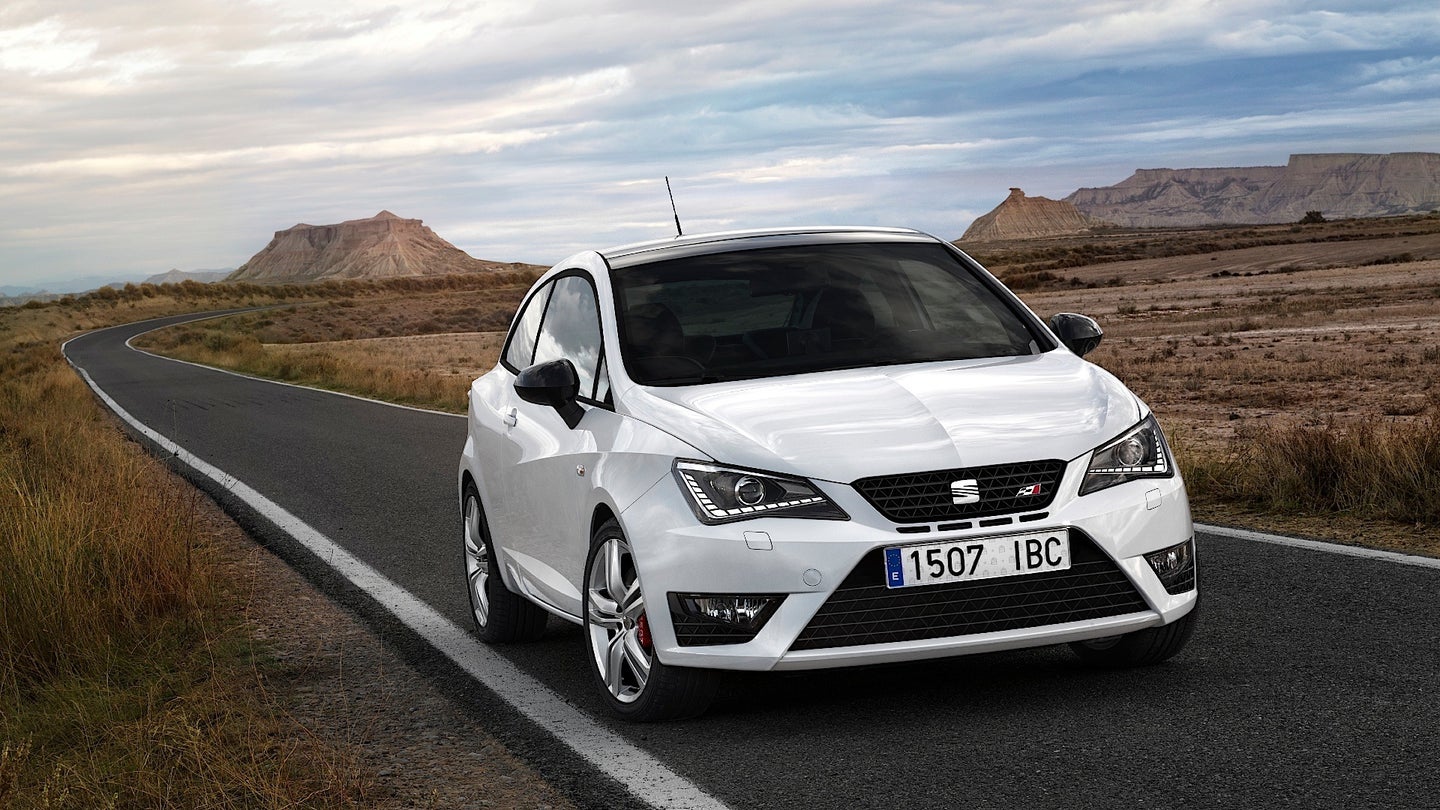 Volkswagen Auto Group subsidiary SEAT may not be well known (or known at all) in North America, but the Spanish car company has been putting out sensible European hatchbacks since the 1950s. It now desires to put itself on the hot hatch map with cars that can even dethrone the Golf GTI and take its place on the performance hatch throne. The Spaniards also plan to take on performance divisions like Mercedes-AMG and Polestar with planned high-performance models.

Autocar discovered that SEAT has trademarked a number of names, including Bolero, Tango, Salsa, and Cupra. The first three names are all based on past SEAT sports car concepts and the Cupra is the performance version of the popular Leon hatchback. Autocar thinks Cupra will also be the new name of the performance division, like Audi Sport or Polestar. The three concepts outlined above will likely wear the Cupra badge and have new performance variants, pushing more power and receiving Cupra-exclusive premium trim options.

With the SEAT Leon Cupra 300 and rumored Cupra R on the horizon, it's safe to say that the Cupra spin-off brand is coming soon, despite hollow, dismissive statements from SEAT saying its nothing.

If Cupra does launch, its unlikely that we'll get see the cars here in the West unless SEAT actually puts up a fight against the likes of AMG and VW. However, with some European brands like Peugeot possibly migrating across the pond, anything is possible.

Like with the previous generations, Americans won’t be getting hands on these.