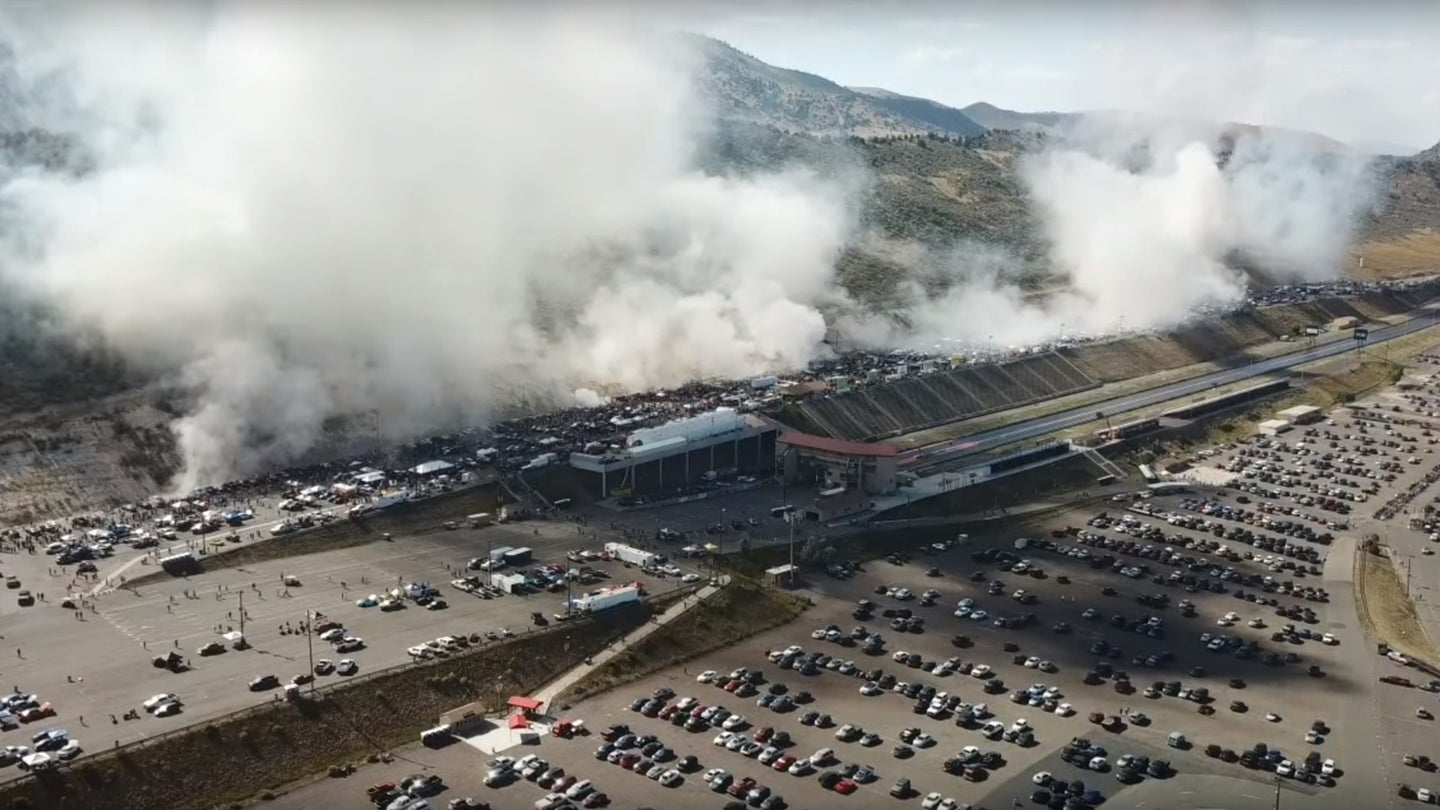 Earlier this week, several videos shared to social media claimed to have broken the official Guinness World Record for the most cars to perform a simultaneous burnout. The video’s creators claimed that it was an “official world record attempt,” but now it turns out Guinness has reportedly denied the claim simply because there wasn't an official judge present at the event.

The videos seen below show the record attempt at the KBPI Rock & Roll Car Show this past weekend at Bandimere Speedway in Jefferson County, Colorado from both the air and from spectators on the ground. An alleged total of 170 cars lined up along the base of a hill next to the Speedway’s main dragstrip. As the videos depict, a huge plume of white tire smoke can be seen from the line of cars as they all perform a stationary burnout.

According to several reports, a representative spoke officially on behalf of Guinness to say that they currently deny they record-breaking claim at Bandimere Speedway simply because a Guinness judge was not present. Additionally, it takes the organization several days to respond to an application because they need to go through visual and testimonial evidence. Bummer.

That record for the largest simultaneous car tire burnout was originally set at the Street Machine Summernats in Canberra, Australia in January of this year, which involved a total of 126 cars. For now, it looks like the Aussies will hang on to their smoky record.