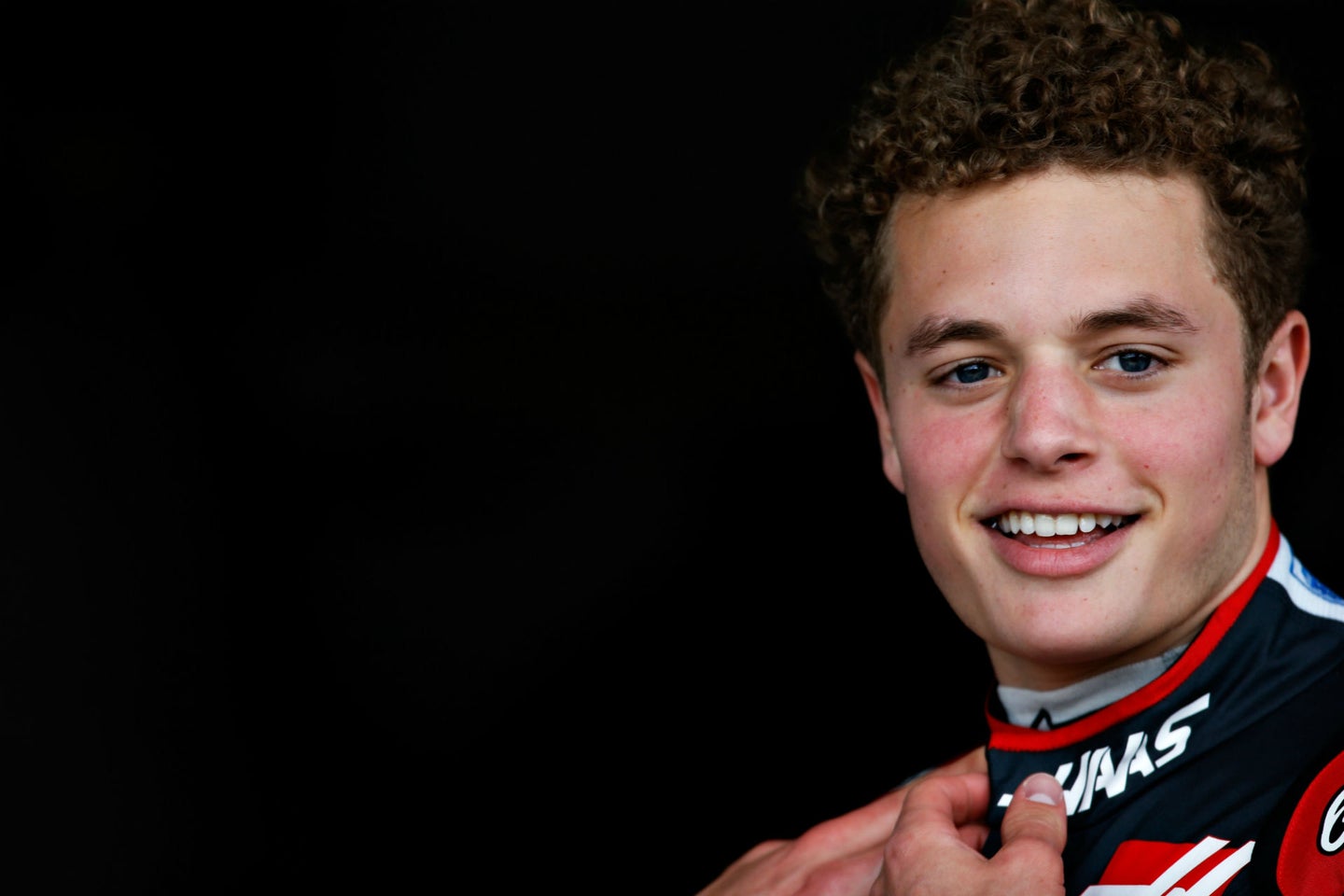 Santino Ferrucci, the controversial American driver who was relieved of his Formula 2 duties after purposely crashing into his teammate in July, will make his third- and fourth-career IndyCar starts with Dale Coyne Racing.

The 20-year-old has been confirmed by the team to race in a third car at Portland and Sonoma, following his debut at the doubleheader weekend in Detroit this summer.

Ferrucci will drive alongside Pietro Fittipaldi and Sebastien Bourdais in the No. 39 DCR Honda which features sponsorship from a company located in his home state of Connecticut.

“I am extremely grateful to Dale [Coyne] and everyone at Dale Coyne Racing for giving me this opportunity to get back behind the wheel of an Indy car in Portland and Sonoma,” Ferrucci explained. “I’m also excited to be bringing my long-time sponsor Cly-Del on board and introducing them to the world of IndyCar racing. I truly enjoyed my time with Dale Coyne Racing in Detroit earlier this season and I couldn’t be more excited to be back with them for a couple more races as I look to the future and enter the next chapter of my career.”

Team owner Dale Coyne touted Ferrucci's maturity as well as his abilities which he displayed during his series debut, all of which he hopes to carry over to the next two races.

"We were very impressed with Santino at Detroit this year, and not just by his performance behind the wheel, but also by his professionalism and maturity outside of the race car,” Coyne said. “We’ve had lengthy discussions with Santino in the past few months and we’re excited to have him back for the final two rounds of the season. We look forward to seeing what he will do with this opportunity as he gets back behind the wheel of an Indy Car. We’re also happy to welcome Cly-Del to our ever-growing family of sponsors.”

Ferrucci currently serves as a Haas F1 developmental driver with no full-time racing seat after being released by Trident, his former F2 team.