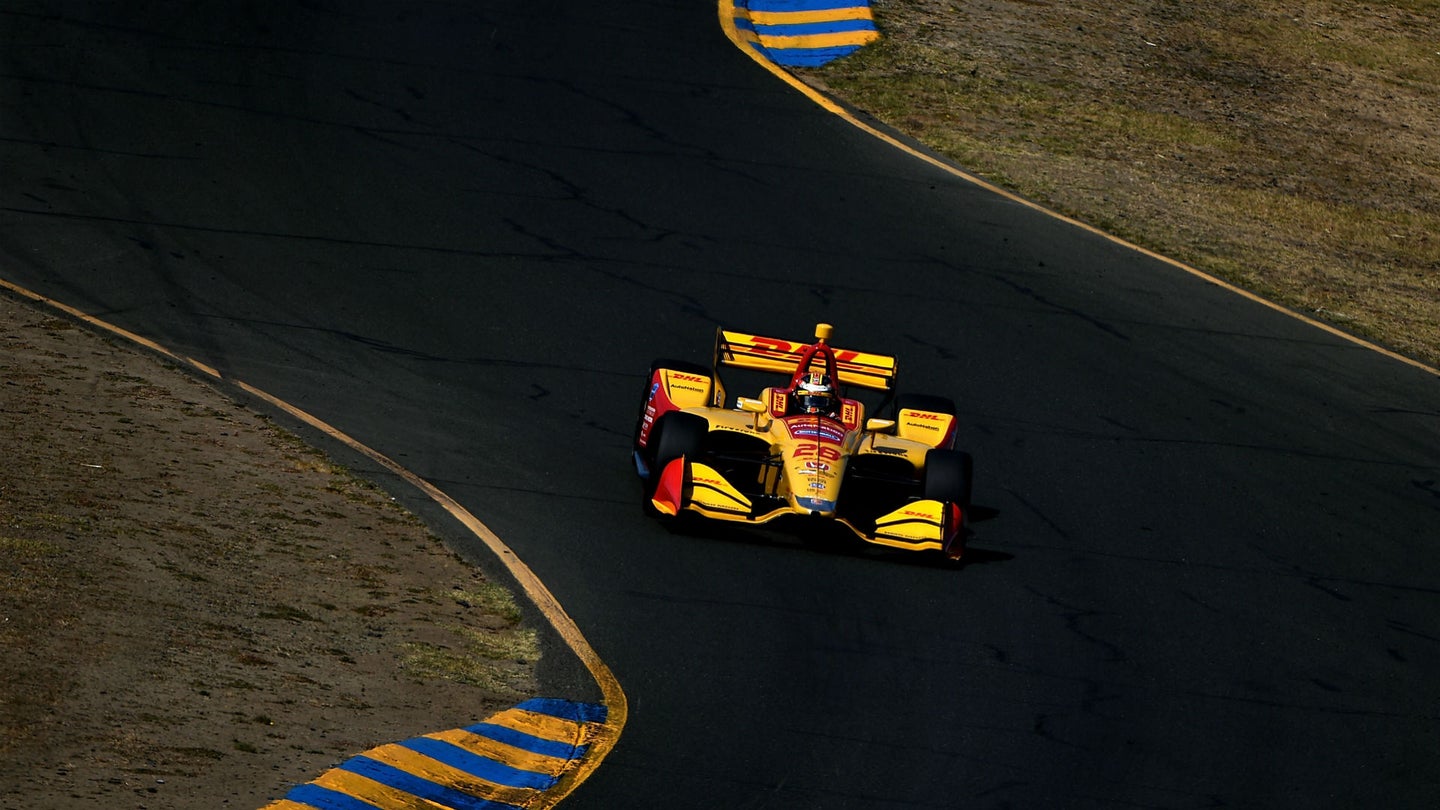 Ryan Hunter-Reay piloted his Andretti Autosport Honda to pole position for Sunday's IndyCar season finale around Sonoma Raceway. The 37-year-old driver, who sits fifth in the championship before the weekend's race, was able to beat points leader Scott Dixon to P1 on the starting grid by setting a fastest time of 1:17.628.

Saturday marked RHR's first pole since Long Beach in 2014. He sports one victory this season, coming at the second race of Belle Isle's annual doubleheader.

“That was just a shootout to the last minute, trying to figure out which tires to go with,” Hunter-Reay said. “It’s nice to finally get that pole at Sonoma, because we’ve been knocking at the door of it for years.”

Dixon narrowly missed out on his first pole of the season despite holding a 29 point lead in the title hunt. The Chip Ganassi Racing stud did nudge ahead of Team Penske's Josef Newgarden, however, as last year's IndyCar champion will start third on the grid this Sunday. Accompanying him on the second row will be Marco Andretti who put on a strong showing, hustling a 1:17.7999 at the Californian circuit.

Star 19-year-old rookie and this season's Indy Lights champion Patricio O'Ward wowed the field in what was his first IndyCar qualifying round, managing P5. His Fast Six appearance was enough to put the Harding Racing team in the third round of qualifying for the first time in 2018, also out-pacing Alexander Rossi who will start from sixth.

Rossi, who's second in points, will be forced to charge hard but drive smart if he wishes to usurp Dixon's title shot. Double points could help the American's chances at upsetting the four-time IndyCar champ but luck will also need to fall on his side for everything to come together.

“We tried something a little different in the hopes that it would pay off, but at the end of the day it clearly wasn’t the right decision," Rossi said Saturday afternoon. "At this point, we’re trying to hit some home runs and get it done, and it wasn’t meant to be. But we knew the furthest we could fall back was sixth. I’m disappointed, but I also don’t think we had the pace for pole.”