The championship leader gladly accepted the freebie pole position as the season comes to a close. 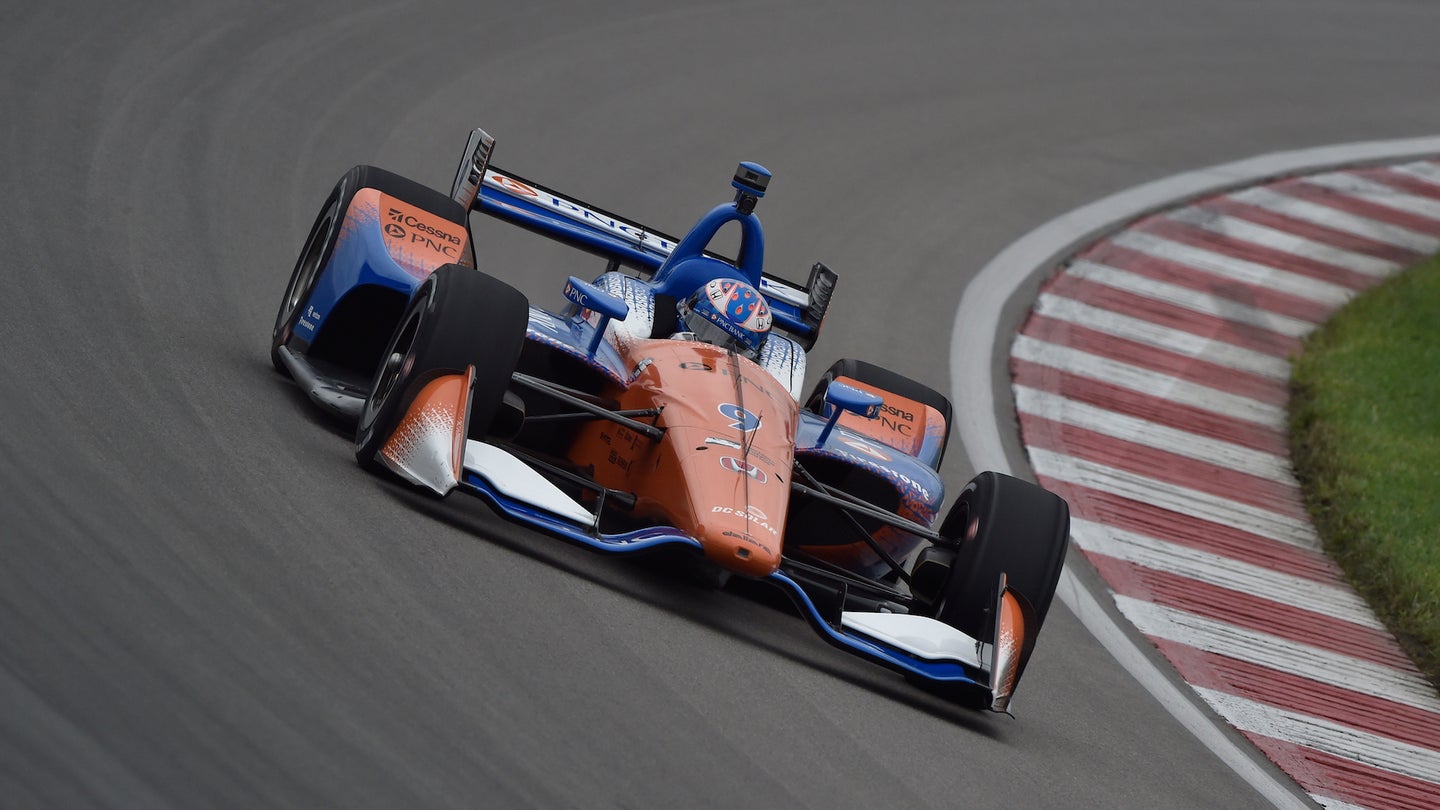 Friday's qualifying session at Gateway Motorsports Park was canceled due to heavy rain showers that soaked the St. Louis area. As a result, IndyCar made the decision to set the starting grid based on championship points, awarding Chip Ganassi's Scott Dixon the pole position for Saturday's Bommarito Automotive Group 500.

Dixon, who is the series' winningest active driver, currently leads the IndyCar championship with 530 points against Alexander Rossi's 501 appears to be on his way to a fifth title. But despite the officials' call favoring his campaign aspirations, the seasoned veteran wasn't exactly thrilled about not earning his keep.

"I think, ultimately, everybody wants to qualify," said Dixon. "I think our car was pretty good. Would we have got the pole? Maybe, maybe not."

The decision made by the governing body wasn't exactly what points runner-up Rossi had in mind for the 15th of the 17-race season, as the American driver will need every bit of help if he wants to steal this year's championship from the Kiwi. However, the second-place starting position he earned by default guarantees him a good shot at a podium finish without having to risk the car in less than favorable track conditions.

"We have a little bit of an advantage because we tested here about three or four weeks ago," Rossi said. "All of the Andretti Autosport cars had a pretty good baseline to start from, so it's great that the NAPA Honda was up front."

Further down the grid, it's Josef Newgarden, Will Power, Ryan Hunter-Reay, and Simon Pagenaud that make up the top six, with James Hinchcliffe, Sebastien Bourdais, and Marco Andretti rounding up the top ten for Saturday's race on the 1.25-mile oval.