A scary crash on the opening lap made IndyCar's return to Portland International Raceway bittersweet. 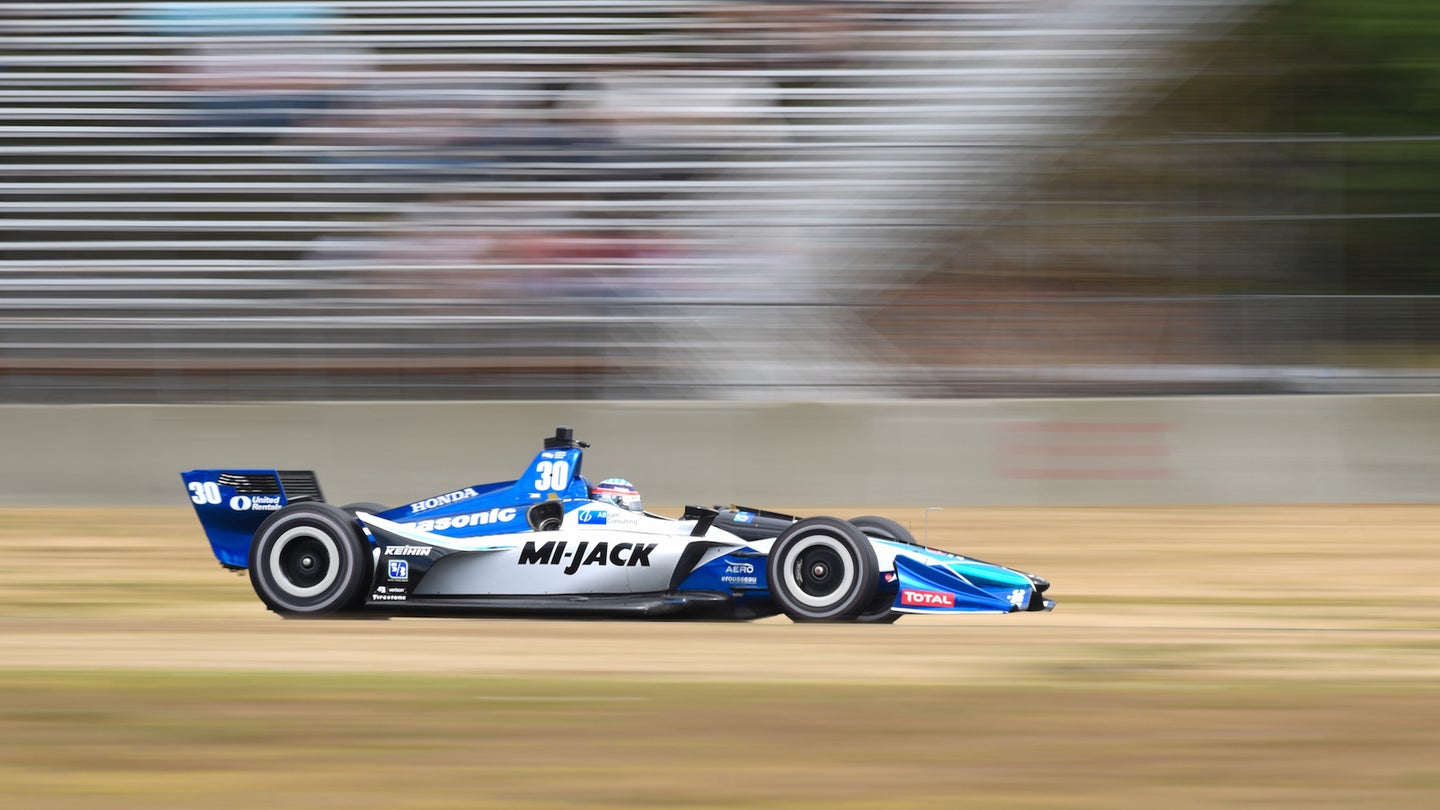 Rahal Letterman Lanigan's Takuma Sato drove a race of survival all the way to victory lane at the 2018 IndyCar Grand Prix of Portland. The 2017 Indy 500 winner managed to hold off the Andretti Autosport Honda of Ryan Hunter-Reay and Dale Coyne Honda of Sebastien Bourdais, who followed closely in second and third place, respectively.

The 105-lap Grand Prix kicked off with pole-sitter Will Power rocketing down the main straight in order to get away from his Penske teammate Josef Newgarden, who at the same time was feeling the pressure from championship contender Alexander Rossi. The trio made it cleanly through the first sector of the track, but that wasn't the case with the drivers direcly behind them.

A you-move-no-you-move moment between James Hinchcliffe and Zach Veach resulted in a massive crash that saw seven cars go off track, and Marco Andretti fly over the heads of Hinchcliffe and Ed Jones. The scary and spectacular looking collision created a pileup and immediately brought a full course caution. Dixon, who was one of the cars involved in the wreck, miraculously avoided serious damage and was able to pit under caution for new tires and front wing.

"It was a huge day for the team, and (it) feels like a win for us," Dixon said. "The point (separation), whatever it is, is not a huge amount."

"I couldn't see anything once I got off in the dirt," he said. "There was just dust everywhere. Then I kept getting hit and hit (by flying debris) and I thought, 'Oh, this isn't going to be good.' Luckily, we were able to keep the PNC Bank car running, back up from the incident and continue. What a crazy day."

From that moment on it became a wild race of strategy, tire management and outright luck, which favored some and others not so much. Dixon received a penalty on Lap 39 for speeding on pit lane, while Rossi got caught on the on the off-side of a caution flag caused by his teammate Veach, and fell from the lead to eighth place after leading a race-high 32 laps.

"It's one of those days; we had a fast car," Rossi said. "Our tire strategy was going to plan and everything was good until the yellow came on Lap 56. It hurts a lot and hopefully it's not something that costs us the championship."

Cars began dropping left and right in the closing stages of the race, one of them being pole-sitter Power, who ended up retiring with a broken gearbox. From that moment on, it was Sato's moment to shine, and the popular Japanese driver drove a smart and calculated last few laps to earn his third Verizon IndyCar Series victory.

“The strategy worked extremely well, the car worked well and the pit stops were fantastic," said Sato. "It was a beautiful race. I was of course looking at Ryan Hunter-Reay in my mirrors."

"The yellow obviously helped it but, most importantly, the car had pace. Look at these fans in Portland, so enthusiastic. I think this is one of the most beautiful days in my life again."

The racing fraternity now heads to Sonoma Raceway for the final race of the season, as well as the final IndyCar race at the Californian venue before moving to Laguna Seca at the end of 2019. After Sunday's crash-filled race, Dixon looks to be on his way to a fifth championship with 568 points over Rossi's 542.