The famous Californian racetrack will host the 2019 IndyCar season finale. 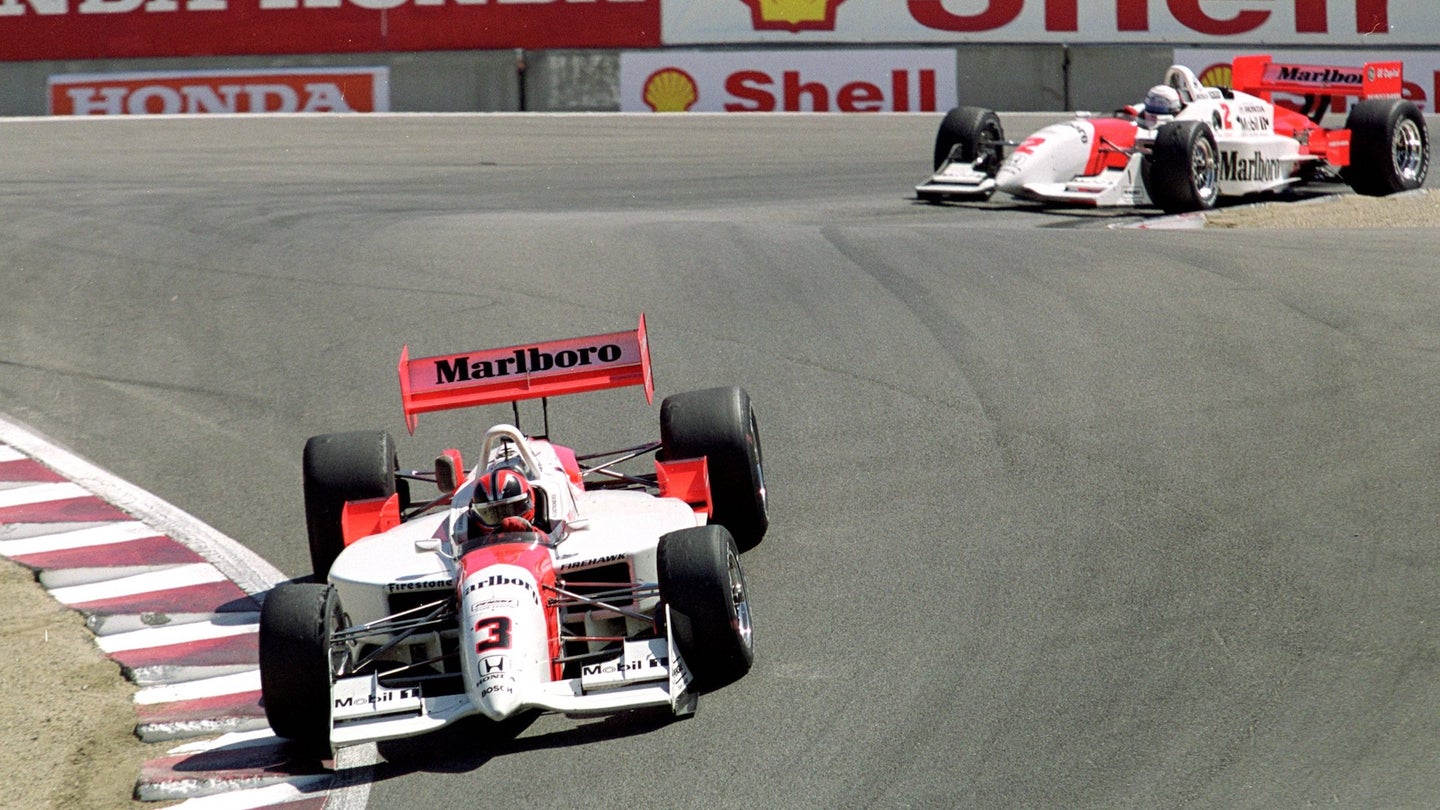 IndyCar has confirmed that WeatherTech Raceway Laguna Seca will host the 2019 racing season's finale. The announcement was made Tuesday afternoon after the Monterey County Board of Supervisors approved IndyCar's bid.

The county board, which oversees all of the racetrack's finances and operations, approved the three-year agreement, which as we previously reported, holds a sanctioning fee worth anywhere between $1.2 and $1.5 million per year. According to IndyCar, the racing fraternity will return to the Northern California venue after a 14-year hiatus Sept. 20, 2019.

Prior to IndyCar's departure from the former "Mazda Raceway at Laguna Seca," ChampCar and CART held the final race of their respective seasons from 1989 to 1996, quickly becoming an iconic venue and fan-favorite for its unique layout and characteristics.

Mark Miles, president and CEO of Hulman & Company, which owns IndyCar and Indianapolis Motor Speedway, praised the agreement that returns Indy car racing to the track.

"I can't imagine a more attractive destination location for IndyCar's season finale," Miles said. "Monterey is a place people want to be, and we will bring all of our guests. I think it's a great choice for us."

The 2.238-permanent road course near Monterey, California has many features that simply aren't found in modern or new racing courses, such as wild changes in elevation, blind corners, and one of the world's most famous corners: the Corkscrew. Many legends won or lost it all on the Corkscrew, including Alex Zanardi, Jimmy Vasser, Michael Andretti, and Paul Tracy.

"It's great news, but I might be biased," said Bobby Rahal, who won at Laguna Seca four consecutive times as a racing driver. "I won my first Can-Am race there, and our Indy car team won with Bryan Herta and Max Papis and our sports car team won IMSA races there, so I would almost bet you that Laguna Seca is the site of more victories for me as a driver and team owner combined of any track I've ever raced on."

"There is nothing better than the Monterey Bay area, and it's a great circuit that always drew great crowds, so I'm thrilled to have Indy car racing coming back to a circuit I love so much. We will put on a good show, for sure."

More powerful than Ferrari’s 488 GT3 IMSA racer, the street-based 488 Challenge car is no gentleman—yet gentlemen do most of the driving.