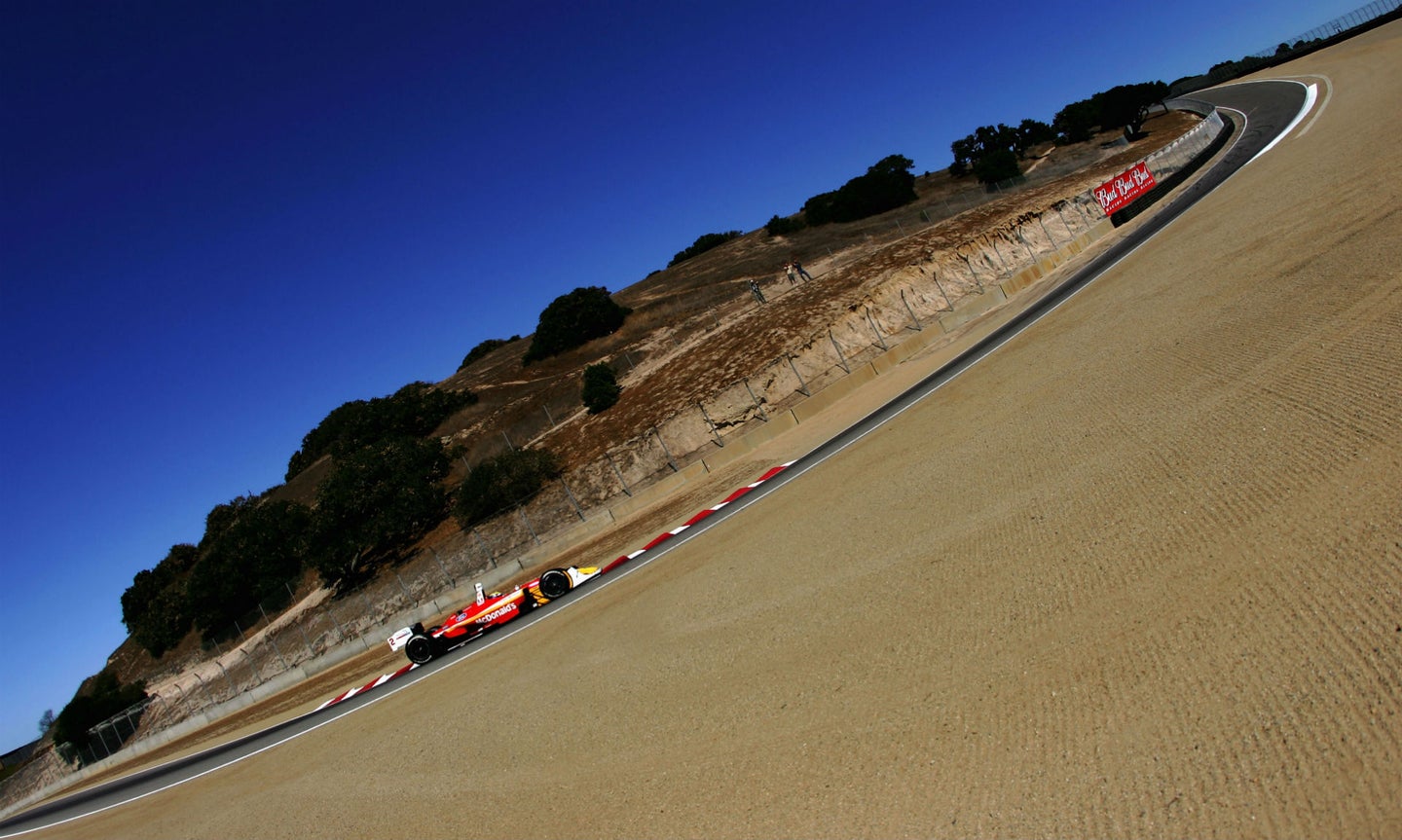 Recent news breaking out of Monterey County, California states that IndyCar could be returning to the track now known as WeatherTech Raceway Laguna Seca in 2019. The move will be brought before local officials and decided on next week. If the deal is approved, it would mark the first time in 15 years that the American open-wheel series has competed there, formerly running in its Champ Car guise.

It's been reported by RACER's Robin Miller that Hulman & Company's CEO Mark Miles will be in Northern California next week, potentially in efforts of hosting a press conference following the board's decision on the matter. The official meeting will be held at 10:30 a.m. PST on Tuesday.

Laguna Seca execs seem confident that the deal will go through, tweeting about a "blockbuster announcement" coming early next week.

The proposed contract is reportedly a three-year deal, landing IndyCar at the California track through 2021.

In order to host the Verizon IndyCar Series next year and beyond, Laguna Seca will need to undergo a series of alterations that includes adjusting curb heights, gravel run-offs, and the likes to accommodate the low-slung racers. Another report cited to inside sources by RACER says that sanctioning fees will cost approximately $1.2 million, but only if the annual IMSA WeatherTech Sportscar Championship race is held the week before or the week after IndyCar. If not, the expense will reportedly hike to $1.5 million.

Per an announcement by Sonoma Raceway President Steve Page, the fellow NorCal track which currently hosts the September season finale for IndyCar will not likely renew its deal with the series after this year if it returns to Laguna.

“Sonoma Raceway has invested heavily to build IndyCar’s brand and following in Northern California over the last 14 years, and we would be happy to continue that effort, but only under a sustainable business model,” Page said. “If the series determines their long-term interests are better served by moving the Sonoma race to another venue, that is a business decision they are obviously entitled to make, and we will turn our attention to other opportunities.”

IndyCar has raced at Sonoma Raceway since 2005 and has played host to the season finale since 2015.

Stay tuned to The Drive for followup news on the IndyCar/Laguna Seca situation as the official decision is made on Tuesday.