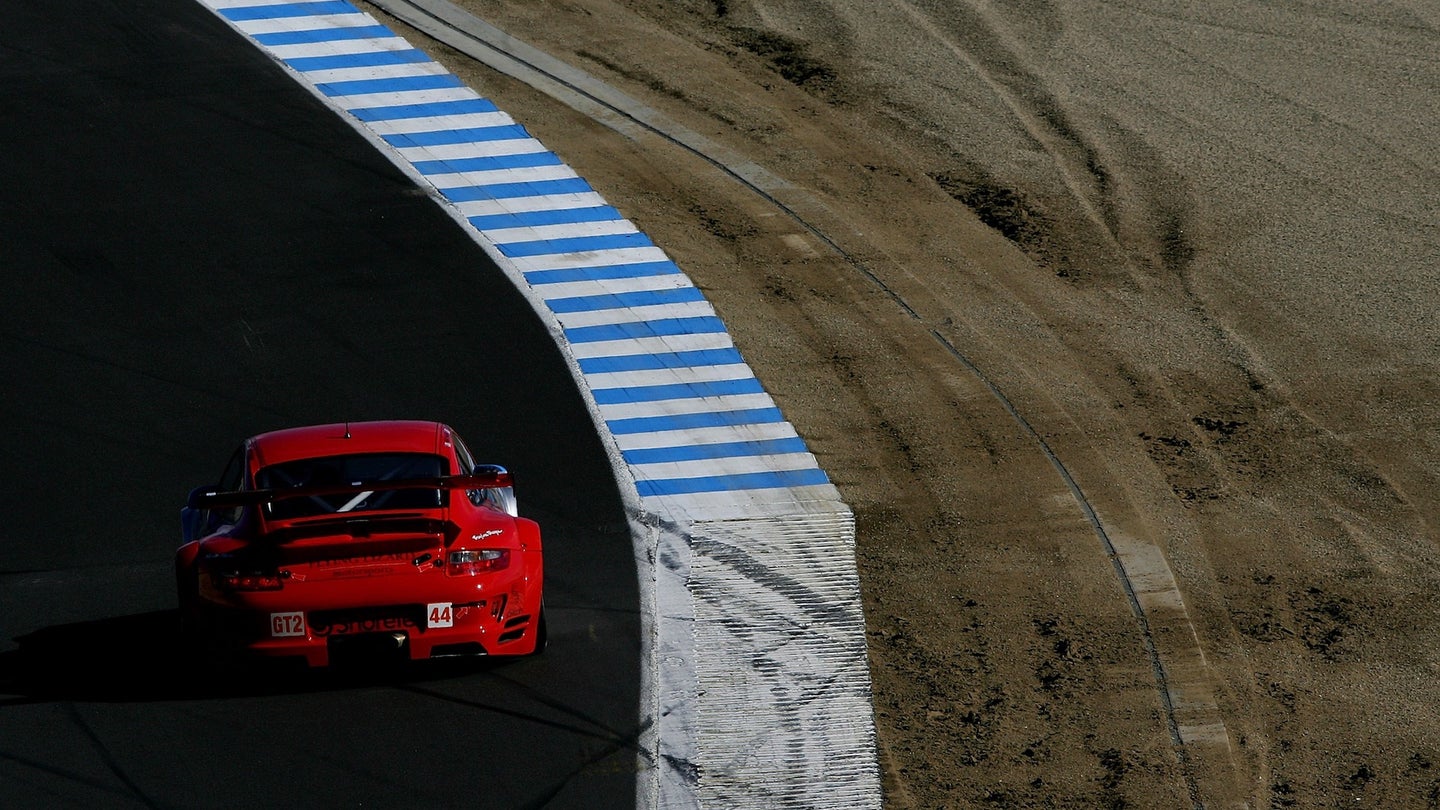 A volunteer corner worker at the famous WeatherTech Raceway Laguna Seca was killed on Sunday after being struck by a race car. The accident was caused after a vehicle suffered a mechanical failure that spilled oil on the racing surface.

Sunday's track day event was organized by Exclusive Track Days, who explained the accident on its Facebook page. Rennlist forum members who claimed to be present when the accident took place shared details about what happened. The details below are two combined accounts of how the fatal crash occurred.

The organizer claimed that the incident happened near the start of its afternoon session, specified by forum users to be at 12:30 pm. A Porsche 911 Turbo reportedly suffered significant engine issues, dumping oil on the track in the braking zone on the uphill run toward the circuit's famous Corkscrew corner. While at least one car made it safely across the oil, a Porsche 911 GT3 driver failed to save their car and impacted the barriers nearby a flag station.

At this point, a corner worker reportedly left their station for reasons which are uncertain and entered the hot track. A second 911 GT3 reportedly lost control almost immediately thereafter and is believed to have impacted the corner worker, killing him or her. One Rennlist user speculated that the corner worker—many of which are volunteers—may have been inexperienced, and did not realize it was unsafe to enter the track at the time.

"I'm not sure how experienced that corner worker was because in the first session of the day I got a black flag from him and I should have received a meatball flag due to sound," said the user.

The racetrack released the following statement: "WeatherTech Raceway is saddened to confirm the death of a corner worker as a result of an accident that occurred on the track Sunday during an independent rental," said the track, in a statement. "As per the facility’s safety protocols, all subsequent sessions were immediately suspended. The safety of all participants, track personnel and those involved with any event is the facility's first priority and were reflected in the prompt actions that were implemented. The entire racing community is saddened by this loss."

Regardless of whether or not the corner worker was inexperienced or at fault, they were someone who gave up their own time to try to keep others safe on-track, and they ended up paying with their life.

"Flagmen are our angels, the flags is [sic] the language used to talk to us," mourned one Rennlist member. "Losing an angel hurt big time."

The consequence for sending Hayden to the hospital with injuries he later died from? One year in jail, or maybe less…