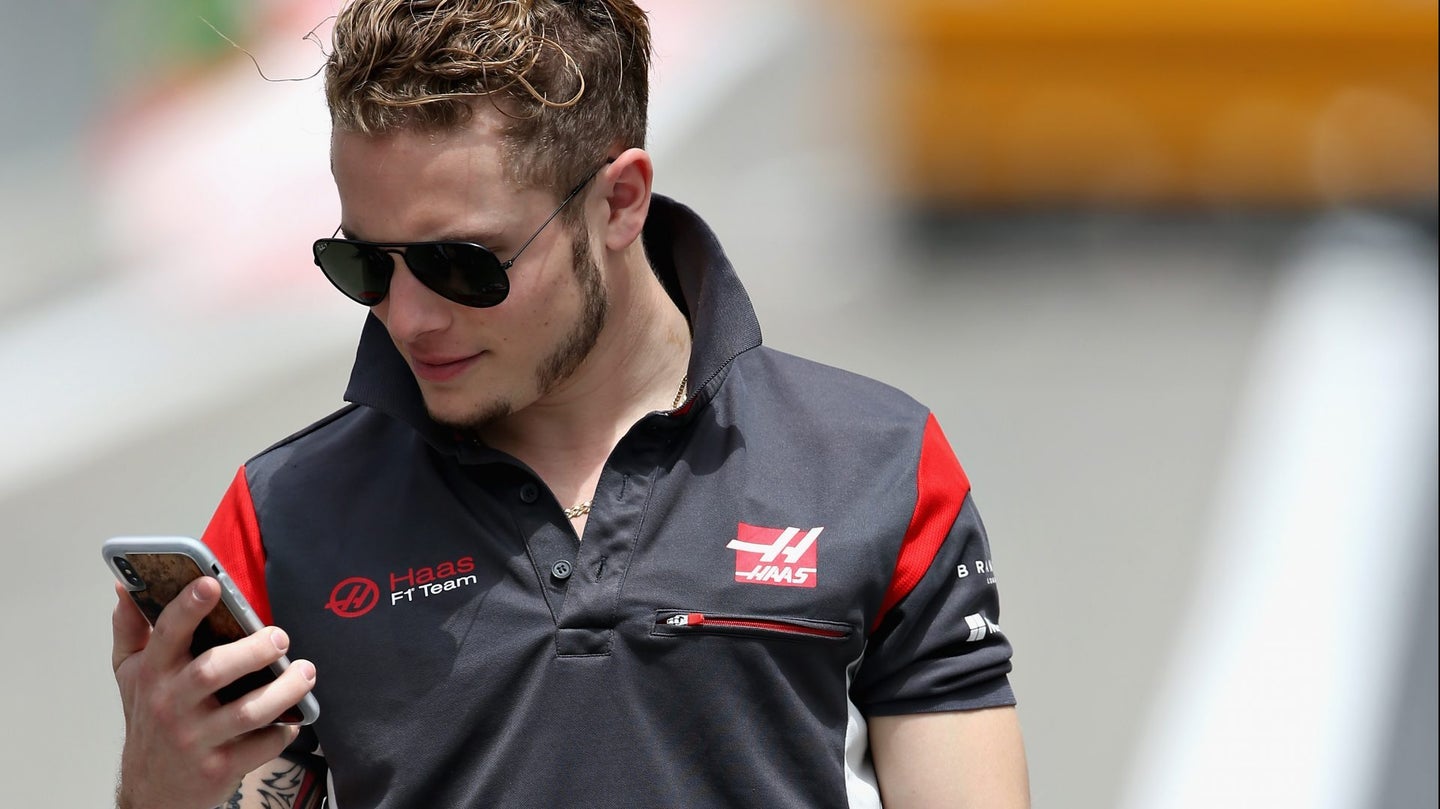 As a consequence of his behavior at the Silverstone round of the 2018 FIA Formula 2 Championship, American driver Santino Ferrucci has found himself jettisoned from Trident Formula 2, as announced Wednesday. This punishment results from a string of rule infractions—attempted or committed—by Ferrucci during the lead-up to and at the aforementioned race weekend.

Ferrucci started the weekend on the wrong foot by attempting to run a "Make America Great Again" livery on his car, despite FIA Formula 2 banning such politically motivated themes. He continued to draw the organizers' ire by driving his car with a glove removed, phone in hand, prior to the race. This violated series' rules about wearing protective gear while in the car in addition to those prohibiting wireless devices inside the car.

During the sprint race, Ferrucci was determined to have deliberately forced his teammate Arjun Maini off the track when Maini attempted an overtake. Ferrucci later doubled down on this aggression by deliberately rear-ending Maini after the checkered flag had been waved, and antagonizing Maini via social media, expressing that he considered it payback for unspecified mid-race transgressions. Ferrucci and his father are also accused of harassing Maini post-race.

The race stewards demanded to see Ferrucci for his rule breakage, but Ferrucci shirked them and dodged his hearing. Series organizers in time determined Ferrucci's punishment: €66,000 ($76,800 USD) in fines, disqualification from the sprint race, and a two-weekend ban. Trident's own dismissal of Ferrucci completes his career self-sabotage. It is speculated that an elimination from his role as test driver at Haas Formula 1 Team may soon follow for Ferrucci.

The Drive reached out to both Trident Motorsports and Haas Formula 1 Team for further comment on the situation. The former declined to comment, but stated it would announce its replacement driver this upcoming Monday or Tuesday.

"Haas F1 Team remains committed to gathering all of the facts and having in-person conversations with all the individuals involved in the situation," stated Guenther Steiner, Haas team principal. "We are being diligent, but our priority is the last two races before the summer shutdown. While we want a better understanding of everything that took place, we aren't in a hurry because the German and Hungarian Grands Prix are, quite frankly, more important."