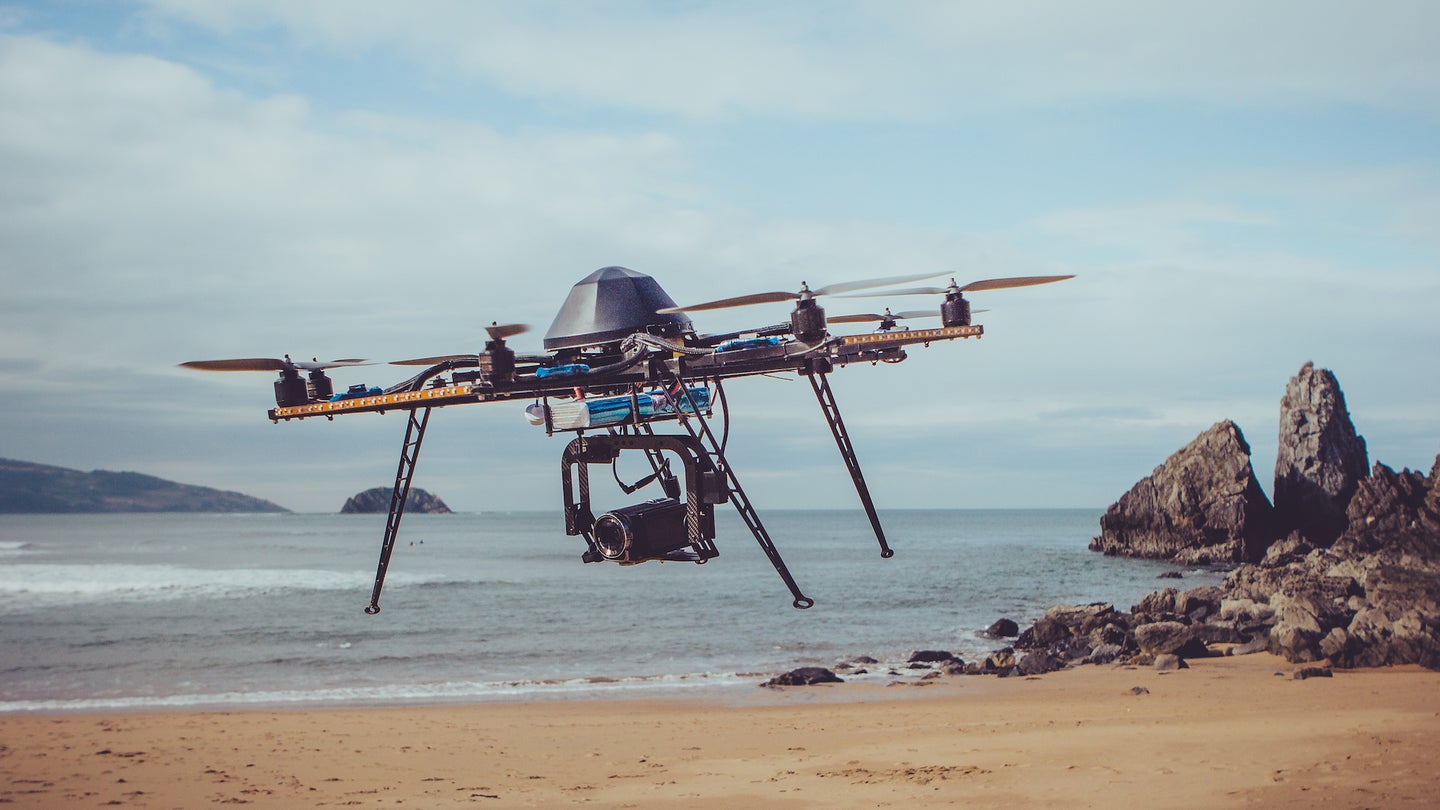 The Isle of Man’s Beach Buddies charity, which collects over 200 tonnes (441,000 pounds) of garbage from local beaches every year with the help of 10,000 volunteers, is looking toward camera drones and the Isle of Man Sea Kayaking Club to make those efforts even more productive. According to the BBC, similar initiatives in England and Scotland are underway, with drones mapping garbage hotspots in order to more precisely expend resources on the ground.

Beach Buddies founder Bill Dale received the British Empire Medal in 2017, as part of the Queen’s New Year Honors list for his services in environmental cleanup of the United Kingdom’s marine life. Frustratingly, he knows of how vast the regional problem really is, but is having a hard time physically getting to some of the more problematic hotspots.

“We know significant amounts of plastic waste has built up in hard to read beaches and alcoves,” he said. “There are lots of inaccessible coves all over the island. However, therein lies the problem. It’s OK sending a drone to find the rubbish, but we also need to collect it.” As you might’ve guessed, this is where the kayakers come in to play.

The current trial phase of this creative solution has already proven successful at a beach near Port Soderick, where over 900 plastic bottles and 40 tires were aerially located and physically removed with three kayaks by the Isle of Man Sea Kayaking Club and its volunteers for Dale’s charity.

We've previously reported on drones being used for environmental cleanup, namely Oslo's Port Authority hoping to alleviate the regional fjords of garbage trapped beneath the ice, and using unmanned, remotely operated vehicles (ROVs) to do so. For Beach Buddies, of course, there's no need to delve too deep, as a simple camera drone capable of spotting items on the water's surface is good enough.

As it stands, the two groups are hoping to replicate this aerial and sea-based method for expanded use across all regions in need of environmental cleanup. Stay tuned, as we continue to track Bill Dale’s exceptional efforts, and the admirable volunteer work on behalf of local kayakers.