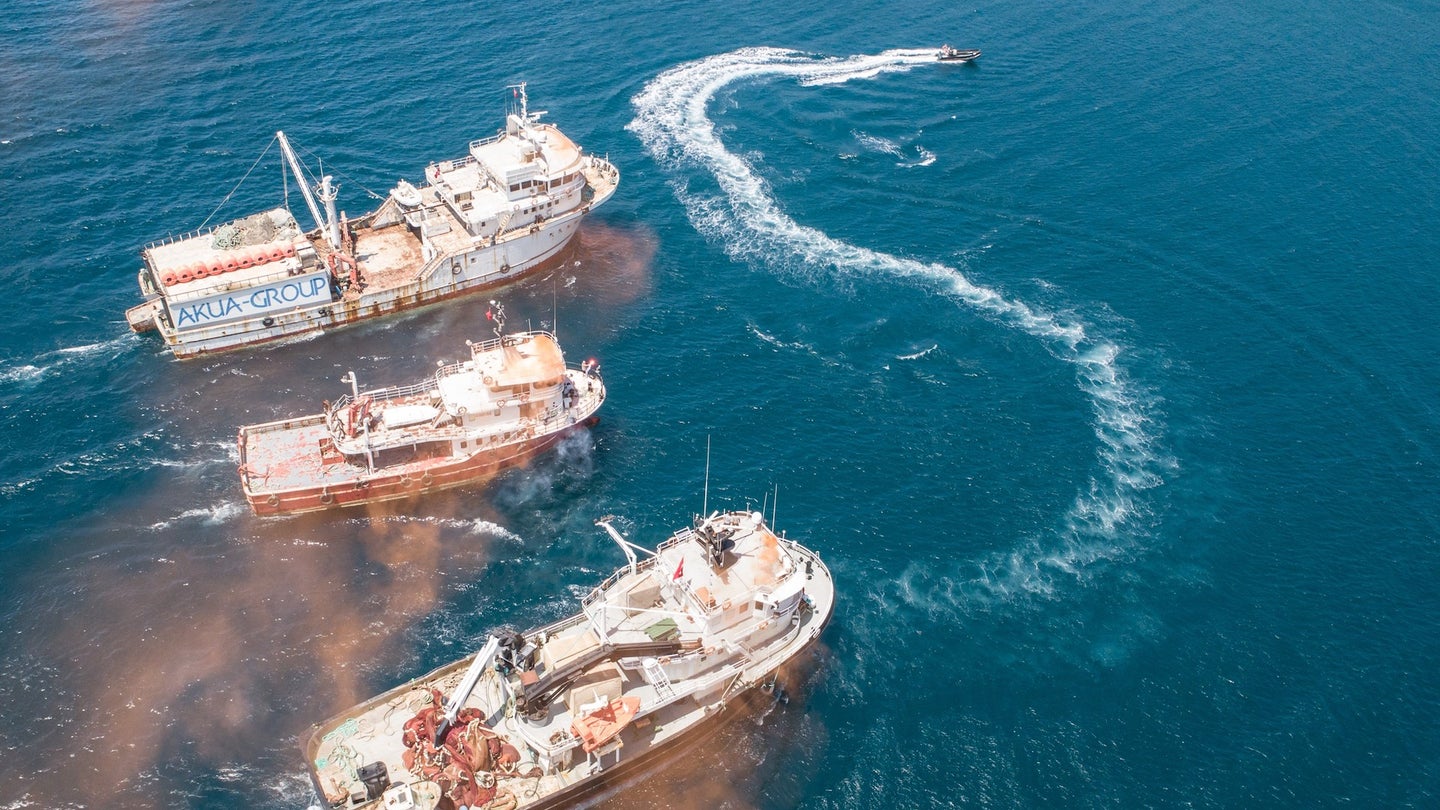 Drones have helped environmentalists more effectively do their job for quite some time now: from astronomers and ecologists and conservationist groups to Australian rangers developing aerial anti-poaching systems, the modern camera drone is extremely practical in locating, identifying, and collecting evidence of environmental crimes. Moroccan startup ATLAN Space has joined the fray with its artificial intelligence (AI) and drone-centric system intended to distinguish between legal and illegal poaching activities in Africa’s surrounding waters.

According to CNN, the startup won National Geographic’s $150,000 Marine Protection Prize in June for its pilot project to thwart illegal fishing in the Seychelles, with co-founder and CEO of ATLAN Space Badr Idrissi adamant his fleet of drones creates a more thorough database of illegal fishing and poaching locations with each deployed unit.

Idrissi, a former account manager at Microsoft, began development with co-founder Younes Moumen when the two Moroccans were confronted with the exorbitant economic toll resulting from illegal fishing, namely that it costs coastal West African countries around $2.3 billion per year. “We consider ourselves a partner of government to build a sustainable solution to the issues and challenges they are facing,” said Idrissi in CNN's report.

The way the ATLAN Space system works is fairly simple, albeit fairly nuanced and sophisticated in its programming. The artificial intelligence component uses the camera drone’s collected aerial footage and photography to first identify vehicles submerged in water. It can then confirm whether or not a detected vessel is a cruise ship, an oil tanker, or a fishing boat. Finally, it’ll cross check with known regional zoning as to whether or not that vehicle is operating within a protected area, and if it’s authorized to be there in the first place.

This handful of accurate assessments is already a giant leap in saving time and garnering the first, necessary bits of info when it comes to approaching environmental criminals. Upon confirmation that a vessel is indeed involved in illegal activities, the drone register’s its location, unique identification number, and the amount of people detected onboard and relays that information to the proper authorities via satellite.

Conventionally, all of this is done through coast guard boats or small, manned aircraft. Drones, inherently unmanned, small, and quiet, are certainly stealthier than their traditional counterparts, with the cost-cutting in terms of time and money being a mere bonus.

“With artificial intelligence, we are able to replace the pilot, the data analyst, transmission equipment, and with that, we can reduce the cost,” said Idrissi, adding that AI-guided drones could alleviate coast guards from their usual duties and focus on intercepting vessels in danger of fleeing. Idrissi claimed that the ATLAN Space system is compatible with any kind of UAV and operational within 497 miles (800km), provided the drone is using a classic combustion engine.

The above-mentioned environmentalist endeavors make it clear that ATLAN Space is not alone in using drones for environmental protection. Africa, in general, has also gravitated toward unmanned aerial vehicles for humanitarian purposes and health industry advancements, with Zipline establishing the continent’s first drone corridor and successfully delivering 7,000 essential units of blood between hospitals and clinics in disparate villages.

For Idrissi, whose primary incentive was safely retaining Africa’s gross domestic product from being robbed, ATLAN Space could very well make a substantial dent in the poaching community’s pocket.