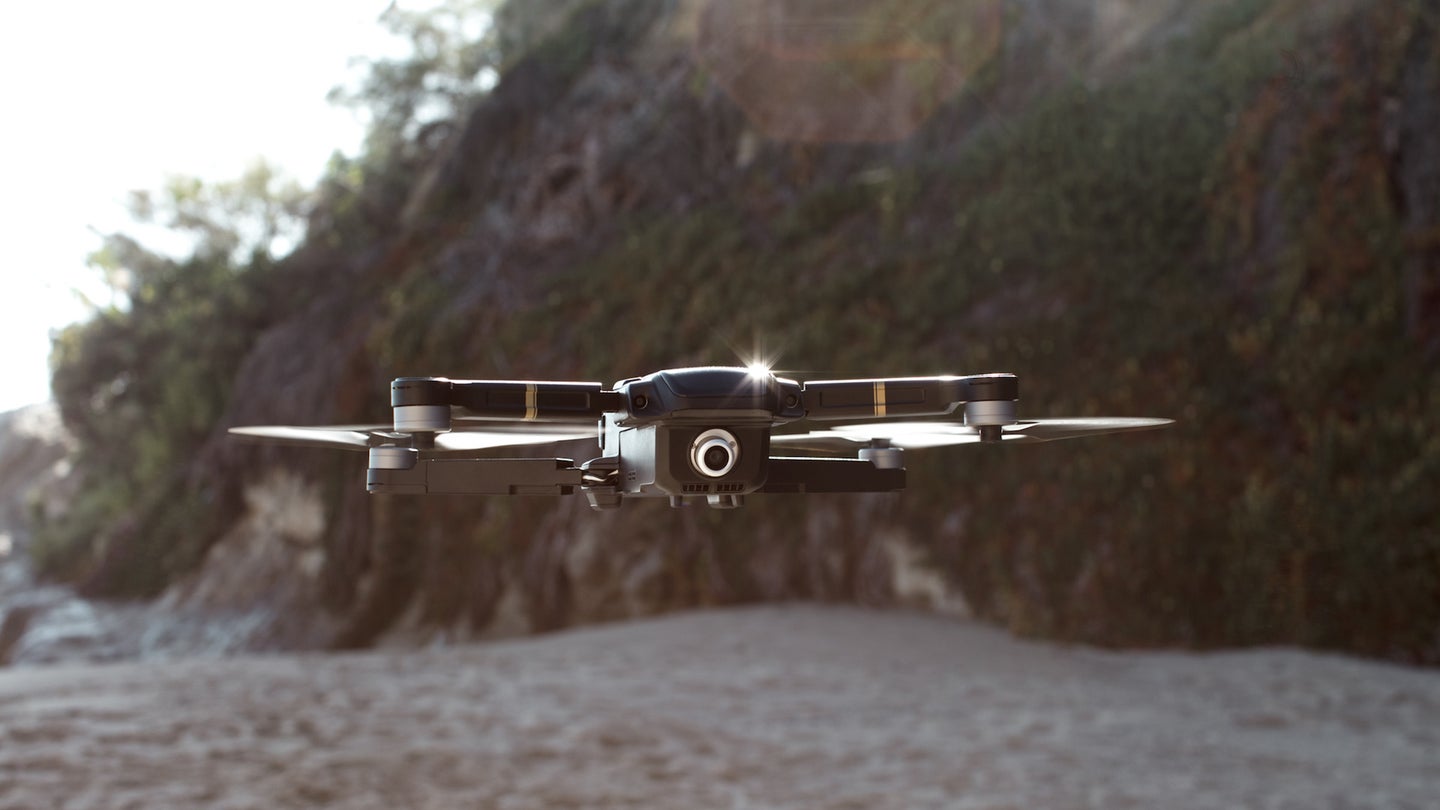 Airlango just launched the Mystic, an artificial intelligence-powered camera-drone that responds to your hand gestures and autonomously recognizes and follows you. The Kickstarter project has already reached the halfway mark of its $30,000 requirement. With a solid month left until deadline, and the novelty of some pretty exciting gesture-based flight commands, the Mystic seems less like a gimmick and something we’d love to get our hands on.

“The goal with Mystic is to create an advanced drone with integrated, never before seen features,” founder Yinian Mao wrote in a press release. “These features are meant to give users more stabilization, and 30 minutes of flight time. Mystic also folds up light and compact, offering users a streamlined travel solution.”

Mao’s first statement is actually true, as the Airlango developed a chipset that contains both the AI and the flight control, which is a first in the industry. The company is keen on spearheading the field of autonomous devices that can perceive their owners and process their commands in a sophisticated manner, with the Mystic seeming like the beginning of those efforts.

The drone runs on a Snapdragon 820 processor which allows for stronger Wi-Fi, has an embedded 12-megapixel camera with hybrid image stabilization, and can fly for a solid 30 minutes. It also folds up neatly for convenient transportation. In terms of software, the Mystic was designed with as much autonomy as possible in mind, utilizing technologies such as stereo vision, object tracking and detection, visual positioning, and obstacle detection and avoidance.

As for the camera, the Mystic can shoot footage in 4K at 30 frames per second, in addition to high definition slow motion and standard definition ultra slow motion. On top of that, it can take eight-megapixel photos while you’re shooting 4K videos, letting you snap a perfect photo while the unmanned aerial vehicle is recording footage.

The most impressive aspect of this particular drone, however, is the advanced Owner Recognition Mode, which allows you to control it entirely through hand gestures. Wave to the right, and the Mystic follows suit. It’s impressive to watch, as the UAV suddenly feels more like a sentient companion than an inanimate object you’re controlling. Of course, Autonomous Follow is an impressive feature as well, but one we’ve seen before. Airlango’s 3D tracking, however, might actually nudge the Mystic’s follow feature ahead of its competition. As it stands, we’ll just have to get our hands on it to properly confirm that.

Until then, have a look at Airlango's most recent demo of the Owner Recognition, Autonomous Follow, and gesture control features below.

“With Mystic, we’re giving users the opportunity to know what’s it like to use a drone without having to worry about constantly maneuvering it,” said Mao, in regards to the drone’s object tracking, uses stereo vision to calculate how far removed from an object the drone should be while following, thereby planning a reliable route and trajectory without collisions.

The Mystic is currently available to pre-order via Kickstarter, and estimated to ship in November. The cost-benefit analysis here seems pretty solid, should the Mystic perform as it’s supposed to. With high-definition footage capabilities, advanced gesture controls and a sophisticated object recognition feature, this seemingly recreational camera-drone looks like it can do a substantial amount more than most of its peers.