Think of all the Home Depot runs you could make in this beauty. 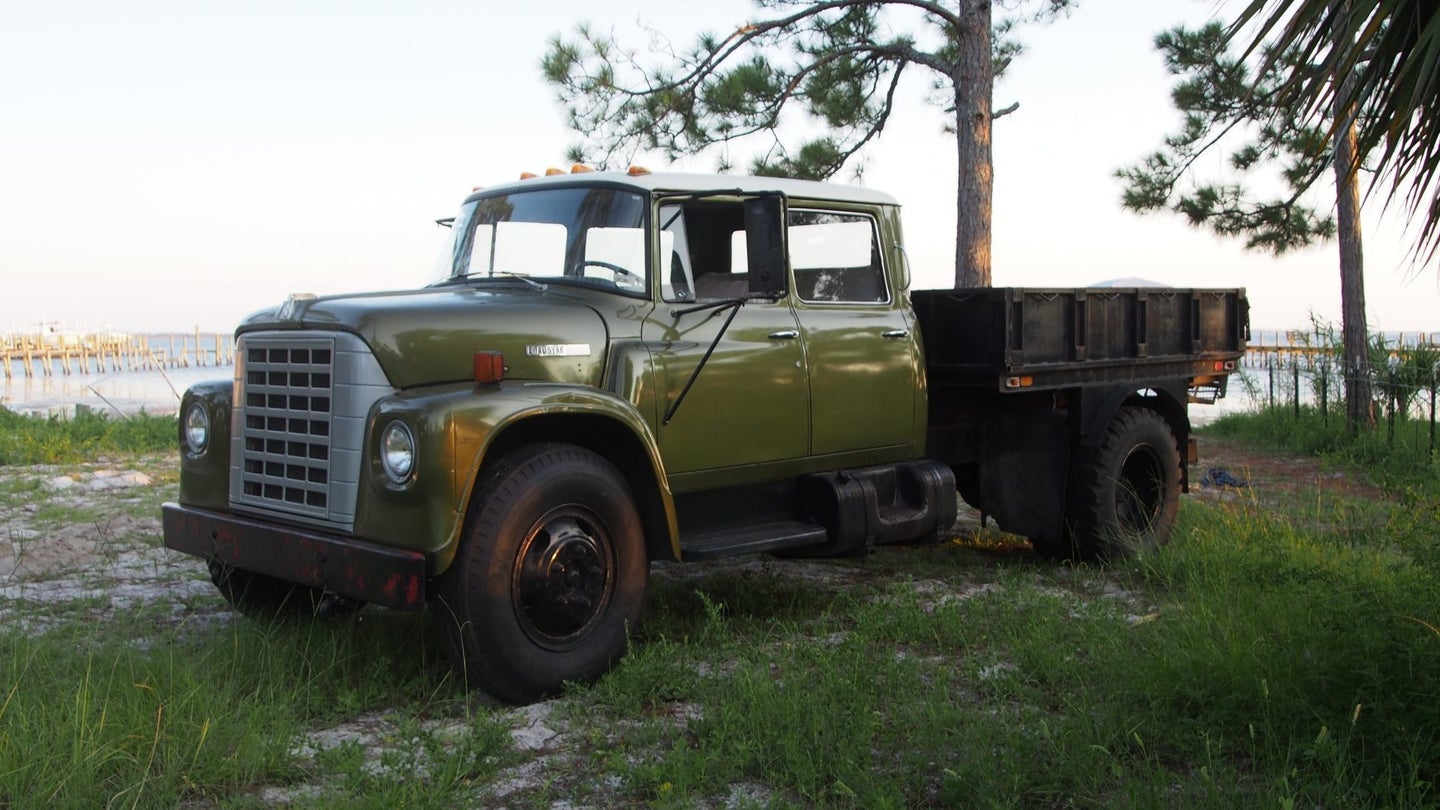 I can speak from experience on stumbling into an...unconventional hobby. Sure, cars are cars and trucks are trucks, but I'm talking about big trucks. I scratch the itch by driving and wrenching on a 1966 Ford F600 as well as a new-to-me '63 International, which is a hit with the 65-and-older crowd. And that's fine by me. You too could join the crew by buying this 1978 International that's on Bring a Trailer with no reserve, and what's better, it's got four full doors.

As the listing explains, this Corn Binder is a Loadstar 1600 powered by a 345-cubic-inch V8. That's the same engine I have and, believe me, it's too under-stressed to break anything. A five-speed manual transmission handles the relatively modest output and dishes it out to the two-speed rear-end, which is currently stuck on the high side. It’s not a difficult fix, and it’s well worth doing. You shouldn't have any problems working it if that's what you wanna do, but it's also perfectly suited for cruising around town.

International did build a fair amount of Loadstars in crew cab configuration, though it's still relatively rare to spot one in this condition. It was apparently repainted its current shade of green after it was stripped of some firetruck equipment and, now, it lives on with a custom-fabricated steel pickup bed. The body isn't perfect but, then again, these rigs are all about character.

The interior features dual bench seats, which means room for six. The light-colored upholstery is in good enough shape to keep around until someone inevitably sits on it with a screwdriver in their pocket and even then, what's it hurting?

The seller lists its dimensions in the comments and, in case you had any doubts, it's certifiably enormous for a medium-duty truck. It measures 21-feet long, including a 14-feet span from its front to rear wheels. It's seven feet, nine inches wide and nearly as tall, so make sure to be careful when going through a drive-thru.

There are some quirks to keep in mind, like the inoperable right rear window crank. Oh, and all four doors can only be opened from the outside. If you think about it, it's kind of like a built-in child lock for whoever's sitting behind the passenger seat. It might be time for new tires soon, but they all hold air.

It does have power steering, so that's a big plus.

The auction doesn't end for another five days and the highest bid currently sits at $1,500. It's likely to go up from there, but I paid just $2,600 for my running and driving example, for what it's worth. If you live anywhere outside of Panama City, Florida—which you probably do—you'll also have to factor in transport. That can be done professionally or, if you're like me, just find your nearest half-working F-250 to do the job.

I Decoded the History Behind My 1963 International Loadstar Work Truck

I had to dig up a little more on where this rig came from and how it landed in my possession in 2020.