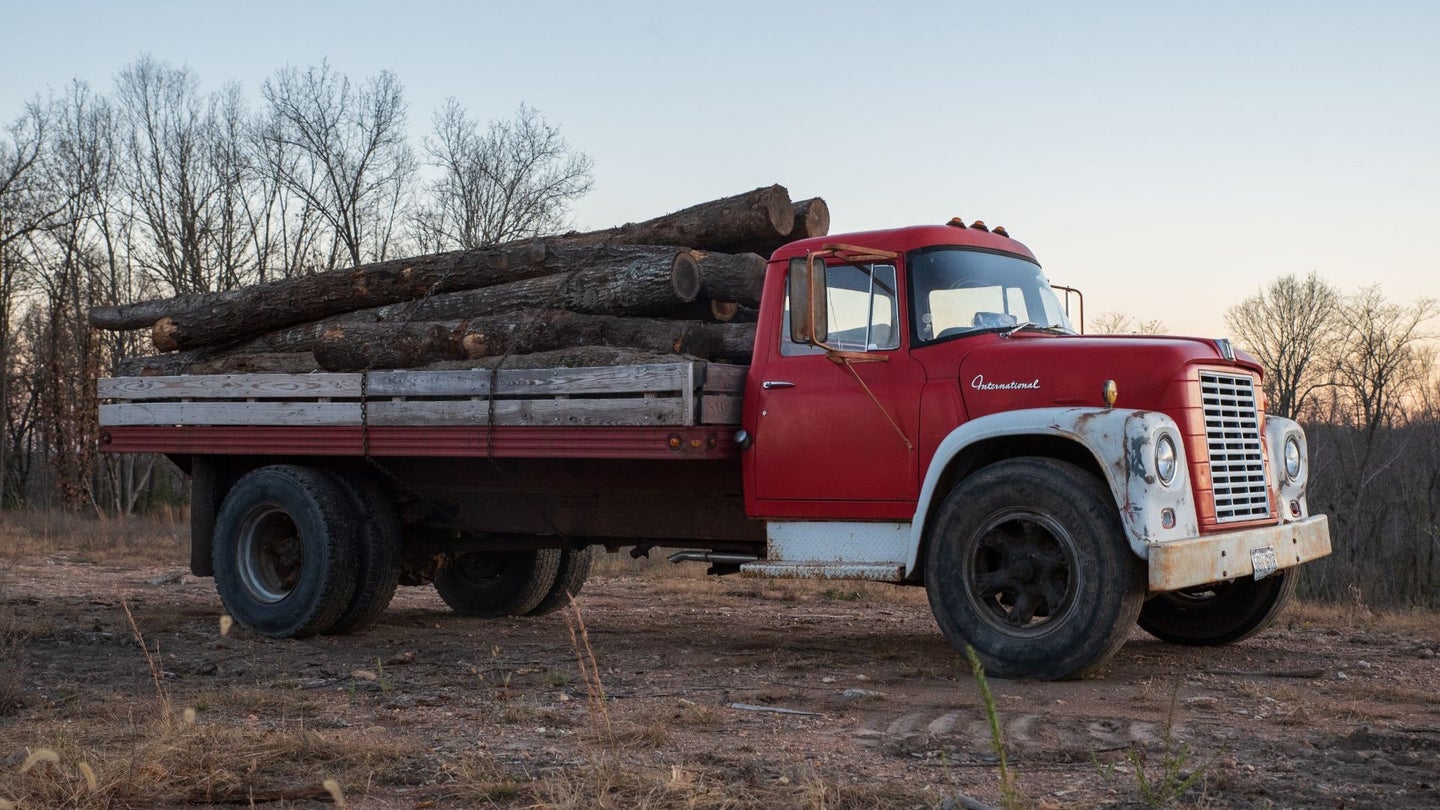 If there's any video game an old-school trucker can get behind, it's SnowRunner. Essentially, you build up a fleet of classic and modern work trucks and haul everything from massive construction materials to crashed airplanes across treacherous terrain in remote places like Alaska or Siberia. These missions can take hours to complete, you can lose it at the last second with one wrong move, and the whole game is a weird thing to explain to people who aren't fans of off-road trucking—which is admittedly a lot of people. But not here at The Drive, where we may or may not have a Slack chat dedicated to it. For work purposes, of course.

Sadly for my colleagues who live in cities like Los Angeles and Indianapolis (looking at you, Kyle and Jerry), their rugged trucking experiences are limited to an Xbox and a sound bar. I, however, happen to own a real '66 Ford dump truck and a real '63 International Loadstar. These past few weeks, I've had to act out the game in real life by using both my old trucks to handle some big-time chores—bridge repair and log hauling—and I've gotta say, nothing compares to the real deal.

Of course, I don't live in Russia, but my home of rural Missouri is at least more accommodating for folks who have a thing for antique workhorses. In October, the task of rebuilding the bridge that leads to my family's campground was priority numero uno for my fleet after it fell into the creek following a storm just before Labor Day this year.

It was an old bridge, admittedly, though it held up to nearly 30 years of one flood after another, only giving out after a final, mighty rain this summer.

My Ford F600 was tapped for duty first when the repair crew needed a load of riprap about halfway through the job, which it handled flawlessly. Said repair crew consisted of my dad, a longtime heavy equipment operator and general jack of all trades, along with his partner in crime, Bill, who just happens to have more than two decades of construction experience including plenty of bridgework. It pays to know people.

Now, this was the first task for the Blue Oval after we finally tracked down a pesky fuel delivery issue in September. We hauled more than 60 loads of gravel with it this spring, though, so this could be considered light work for the 55-year-old dumper. Additionally, since it's a single axle truck with a GVWR of 20,000 pounds, I opted not to haul the enormous fill rock—affectionately referred to as Fig Buckin' Rock, or FBR for short—that would probably beat the poor thing to death with every bump in the road. 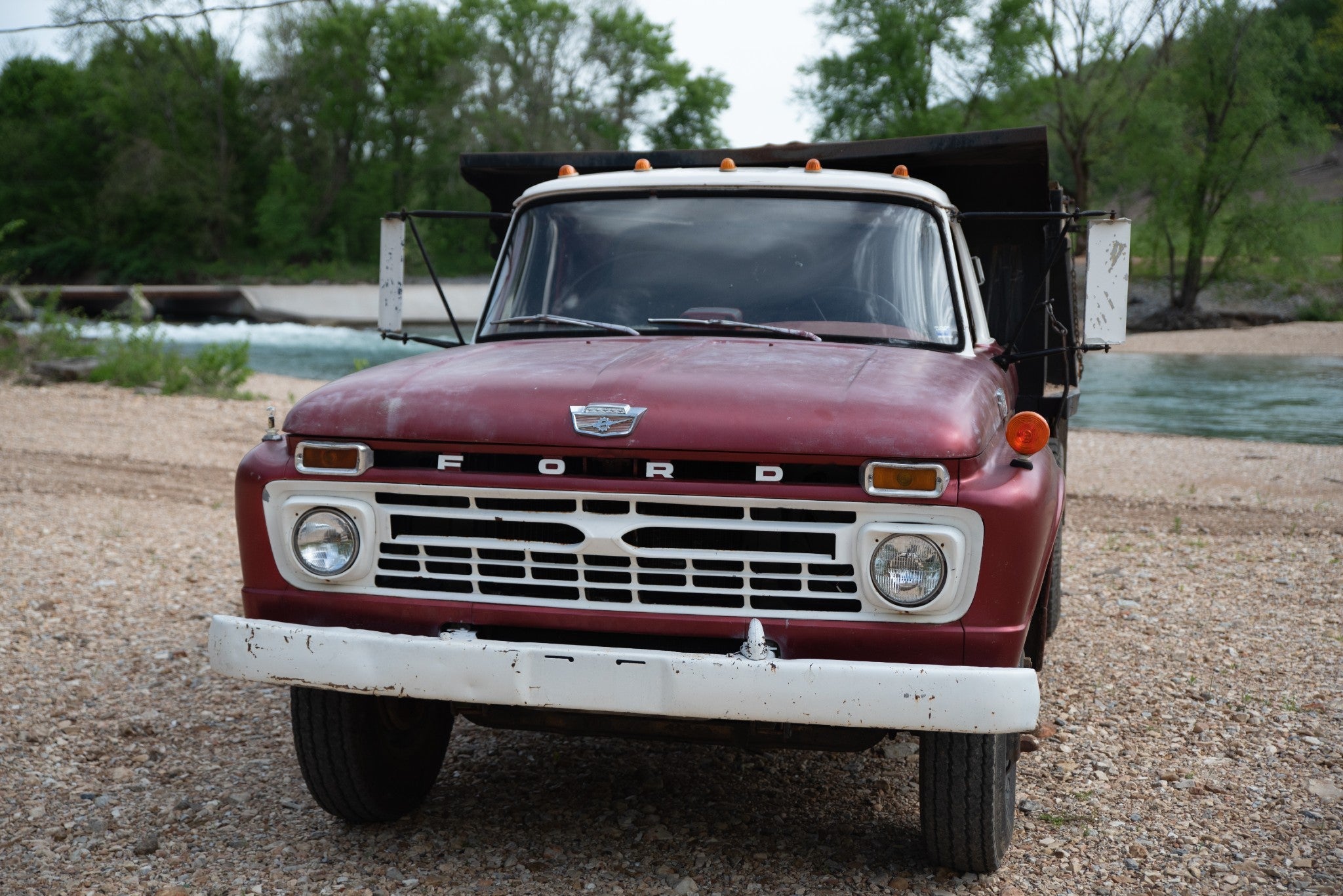 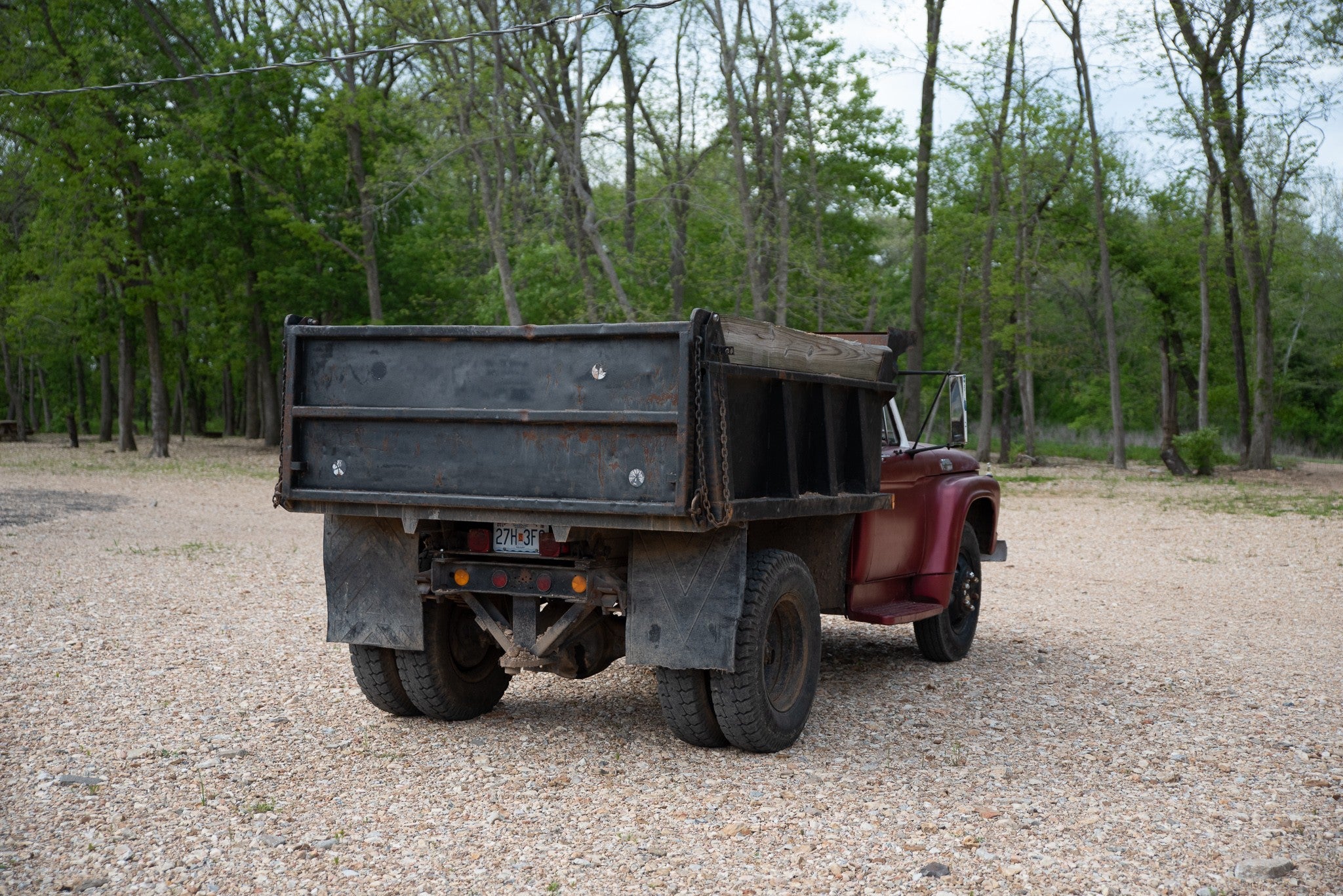 One issue that needs addressing soon is the dump bed's ram that slowly drips hydraulic fluid, whether it's being used or not. It's an all-in-one design without a separate reservoir for the fluid, and I believe it just needs to be repacked. That's a job I'd rather leave for the professionals, and I expect it to add a few hundred dollars to my running maintenance total. Oh well—better spend than the money than deal with a cylinder that howls with the bed at full tilt.

Anywho, the bridge was in tip-top shape after two weeks and about 50 yards of concrete. We had certain rules to follow but, luckily, we didn't need any special permits since it was rebuilt to its previous dimensions. That's a sticky layer of reality that you don't have to deal with on SnowRunner, fortunately.

Even with that fix out of the way, there was no time to relax as fall is the peak season for gathering firewood. We typically cut and split between 25 and 30 ricks for our family and sell the rest to campers during the summer, and that takes a decent amount of work on its own. Once again, connections came in handy as my dad had a stack of oak logs waiting to be hauled off his 57 acres a few towns over. That's where the International stepped in, and I'm happy to say that it's a complete champion.

Each load so far has included roughly 18 logs measuring about 12 inches in diameter. I don't know the weight exactly, but believe me when I tell you it's the heaviest I've ever hauled—still under my truck's 25,500-pound GVWR but not my much. The Loadstar's 345-cubic-inch gas V8 may only have 185 horsepower and 300-or-so pound-feet of torque, but it's geared perfectly for this type of work. I've made full use of my two-speed rear end, splitting shifts when climbing hills and taking off from a stop.

Fuel consumption is understandably immense, but my temperature gauge doesn't move a lick and the oil pressure stays steady to boot. I can hold 50 miles per hour without issue but I make sure to take turns a good deal slower than that, no matter how many cars pass me on double yellows. As a bonus, I also found out that what I thought was a broken heater works perfectly fine—forgive my Zoomer self for not knowing how to work it. I'm used to other controls like, y'know, dials. And touchscreens.

Maybe the best part, though, is that when it's time to unload the logs, I simply unchain them and switch on my power take-off (PTO) unit. The 16-foot bed raises skyward and drops the wood right off the back, saving me some trouble and a few extra trips to the chiropractor all the while. If I can get that winch setup built, then I'll be in even better shape.

I plan on making a 70-mile roundtrip in the coming weeks to pick up a load of lumber in the International, too. I'll be using the one-bys as siding on our new house and, while that's not as exciting as delivering freight containers across Lake Kovd, it's still plenty fun. I'm just glad to use these trucks like they were meant to be used; plus, they've saved me a huge chunk of change in delivery fees. I really enjoy this whole writing gig, but I don't think I'll stop moonlighting as a pro driver anytime soon.