How long until they build a full-size version? 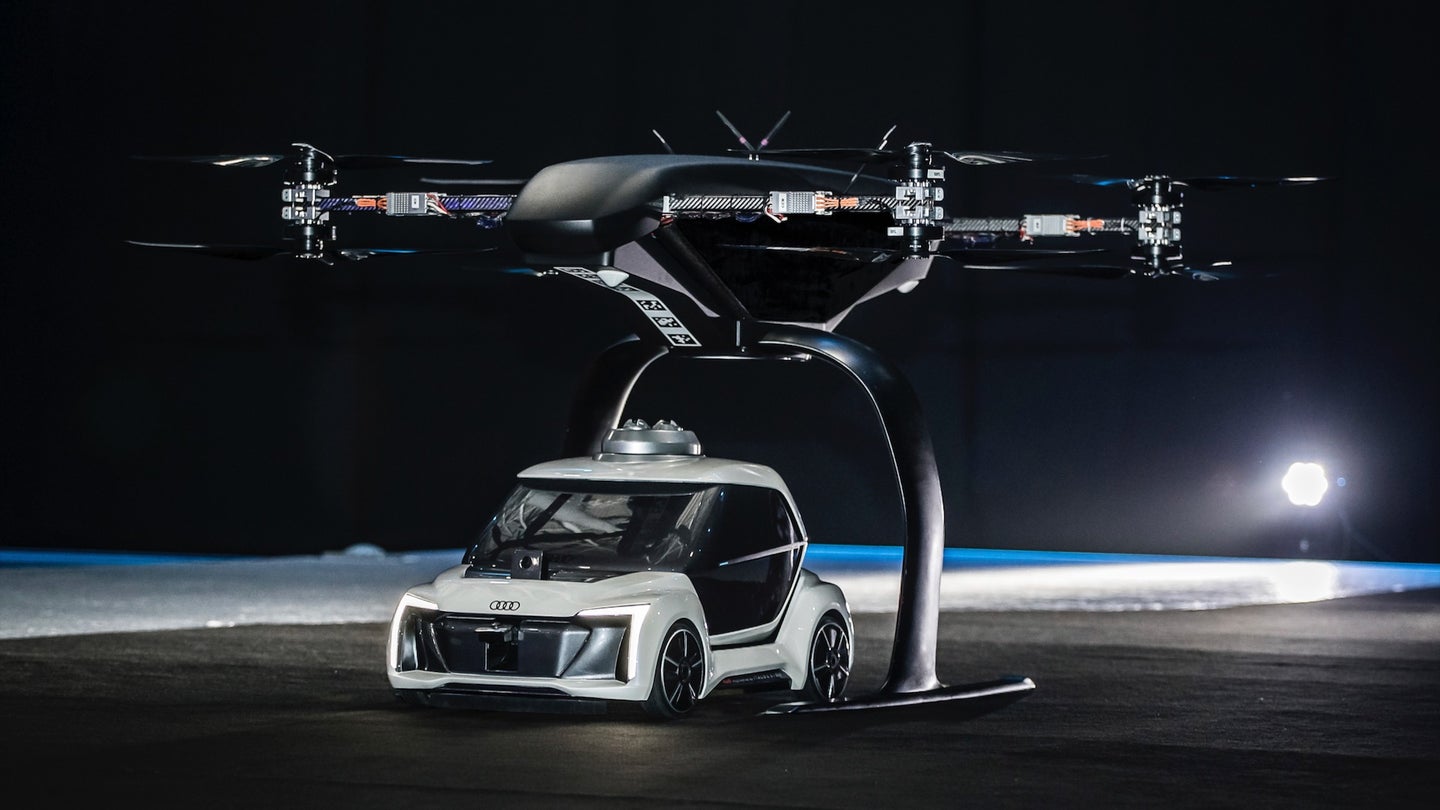 Audi, Airbus, and Italdesign recently teamed up to develop a flying taxi that's just as futuristic as it sounds. Now the three companies claim to have successfully tested a 1:4-scale model of the vehicle, dubbed Pop.UpNext. The partners are also trying to figure out the logistics of an on-demand flying taxi service, Audi said in a press release.

The term "flying car" or "flying taxi" has been applied both to road vehicles designed to fly and small aircraft designed to operate in urban settings. But Audi, Airbus, and Italdesign have thought of something completely different. The Pop.UpNext is, in fact, a car that gets airborne by connecting to a drone-like quadcopter attachment. Audi said a 1:4-scale model successfully flew and separated the quadcopter unit from the car body in tests.

To see how customers might actually use a flying-taxi service, Audi and Airbus subsidiary Voom is conducting tests with helicopter services in Sao Paulo and Mexico City. Users can book a helicopter flight on demand, giving Audi and Airbus some idea of how a transportation service using flying taxis might work. Audi is also preparing to test a flying taxi near its headquarters in Ingolstadt, Germany.

Despite the enormous technical challenges surrounding flying cars, Audi, Airbus, and Italdesign (which is an Audi subsidiary) expect them to arrive sooner rather than later.

"Flying taxis are on the way. We at Audi are convinced of that," Bernd Martens, Audi board member and president of Italdesign, said in a statement. "In future senior citizens, children, and people without a driver's license will want to use convenient robot taxis. If we succeed in making a smart allocation of traffic between roads and airspace, people and cities can benefit in equal measure."

Airbus was working on flying cars before teaming up with Audi and Italdesign. The aviation giant's Vahana subsidiary has conducted brief test flights with a prototype, and is part of a coalition alongside Boeing, Uber, and Toyota that aims to deploy flying cars in Japan.