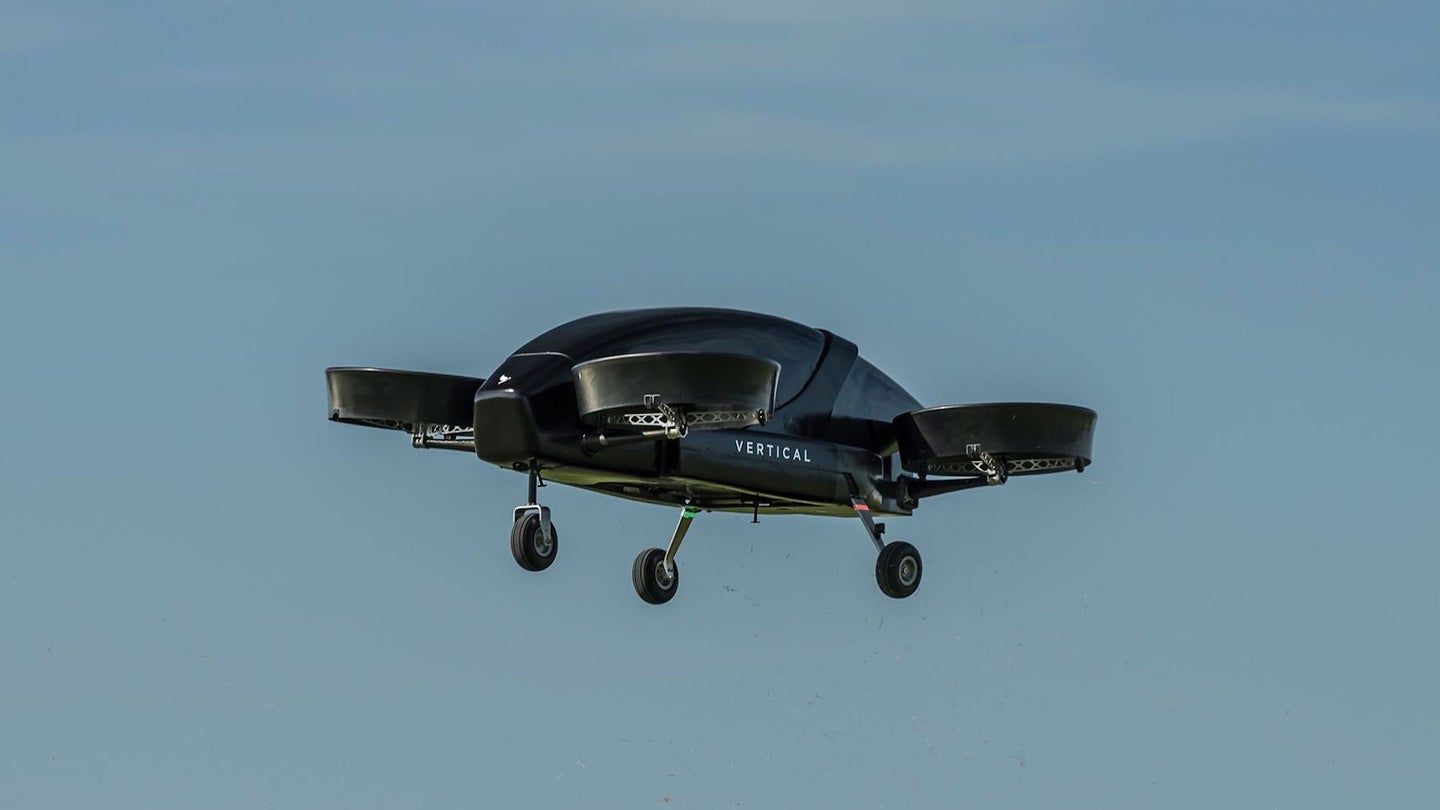 Stephen Fitzpatrick, the founder and CEO of Vertical Aerospace and former owner of the Manor Racing Formula 1 team, is getting into the flying taxi business, CarScoops reports.

While there’s a lot of competition in developing the go-to passenger drone model that can one day conveniently and safely transport clients from one inner-city launchpad to another, Fitzpatrick’s inspiration didn’t stem from an aviation or aerospace background. Rather, it was the understanding that a lot of the components in electric vertical takeoff and landing (eVTOL) vehicles were technologically comparable to those he encountered during his time as an F1 racing team owner.

“The technology we were using in Formula 1 was just too high-spec to be applied to the challenges of the typical road car,” said Fitzpatrick. “What you can get from an F1 engine has more power density per kilo than a jet turbine.”

Fitzpatrick claims aerial eVTOL ride-sharing will arrive in the next four years, and believes the advancements in race car technologies will serve as the foundation for these vehicles to eventually take off. With hybrid powertrains, advancements in electric batteries, and continuous refinement in using lightweight materials to allow for more aerodynamic behavior, the idea is to apply all of this knowledge to the development of sophisticated eVTOL vehicles.

“I saw a business opportunity in applying Formula 1 technology to aviation to transform short-haul travel and make routes like London to Madrid shorter by getting rid of the need to take off from a runway,” Fitzpatrick told Bloomberg. “We expect our piloted vehicles will take people from one city to the next by leaving closer to people’s homes, not necessarily at airports.”

Vertical Aerospace has hired 28 experts from aerospace and technology sectors in the past two years, ranging from Airbus, Boeing, and Rolls-Royce to Martin Jetpack and GE. While the company’s eVTOL project is indeed, a vertical takeoff and landing vehicle, it’s taken a piloted, fixed-wing approach intended to bypass certain regulatory and safety issues. This definitely differentiates Vertical Aerospace from the likes of EHang or Uber, which are aiming at autonomous, unmanned passenger drones, which inherently carry increased safety risks and regulatory hurdles.

“We are investing in all the technology evolution taking place in aerospace but we are trying to apply that to something that is real world and is possible to execute four years out,” said Fitzpatrick. “We are not waiting for huge changes in existing regulations.”

Successful test flights have already been conducted, with Vertical Aerospace aiming squarely at some of the world’s busiest air corridors to trial its project as thoroughly as possible. The company’s eVTOL vehicle can reportedly travel for up to 500 miles as well as no runways necessary for take off or landing. The test flights used a black, four-rotor passenger pod, with the company stating autonomous operations will eventually be strongly considered.

In the end, flying taxi services and standardized passenger drone air traffic have yet to prove themselves as convenient and reliable alternatives to our current transportation ecosystem. While many of us remain skeptical in this nebulous trial phase, companies across the globe seem eager to develop the go-to brand for this modern, futuristic way of traveling within and between cities.

Drone smuggling in Ukraine is a seemingly common occurrence, with quadcopters and biplanes getting tobacco and other contraband out of the country.

Flying cars could become a mass-market reality thanks to EHang’s unorthodox business move.